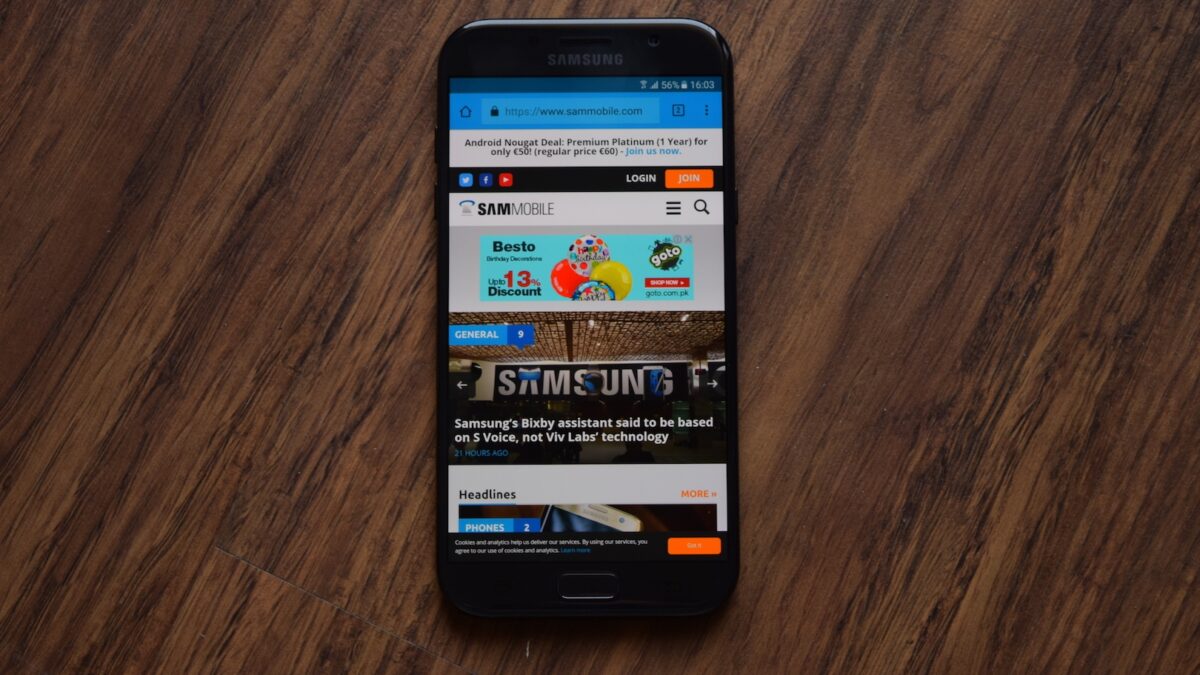 Samsung has an Android Pie beta program running for the Galaxy A7 (2017), but don’t get too excited unless you bought the device in South Korea. The Galaxy A7 (2017) launched worldwide with Android 6.0.1 Marshmallow except for Samsung home’s country, where it ran Android 7.0 Nougat out of the box. And since Samsung provides two major OS upgrades to all of its devices, the A7 (2017) was always destined to end its life on Android Pie in South Korea.

The Galaxy A7 (2017) was among the first non-flagship Galaxy phones to support Bixby, although it only had Bixby Home and Bixby Reminder support as it didn’t have a dedicated physical button for Bixby Voice. And it’s unclear if Bixby Voice will come to the device with Android Pie, which allows one to use the power button to fire up Bixby Voice. The various discussion threads on Samsung’s community forums doesn’t mention anything about the feature, and the A7 (2017) probably won’t get it considering the phone is two years old at this point.

Some features included in the beta are floating mode for the Samsung Keyboard, support for RCS messaging, new Always On Display clock styles, and an updated Gallery app with recycle bin functionality. There’s apparently a software-based Live Focus mode for the rear camera as well; the A7 (2017) had earlier received software-based Live Focus for the front camera with a previous update. It remains to be seen when the stable Android Pie update for the device will be released, although one thing’s for certain: Whenever it does come out, the update will be limited to the South Korean market.

Thanks for the tip, Aliyetim!