Here you will find the latest news and most recent developments on the Samsung Galaxy A7, with regular updates and all the information you need. 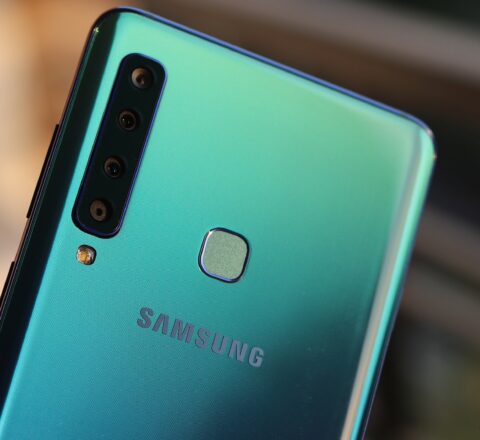 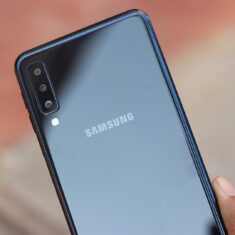 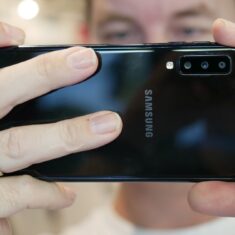 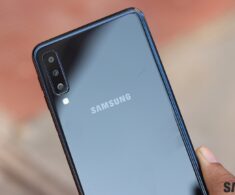 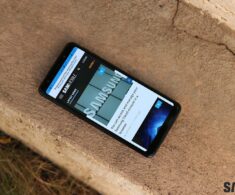 Here’s something interesting we discovered on the new Galaxy A7. Samsung has implemented a neat feature for those who don’t like the software navigation keys taking up screen space on their smartphones. On the Galaxy A7, you can permanently hide the navigation bar and use gestures for accessing the home, back, and recent apps actions. […]

The Galaxy A7 – the one Samsung launched this year, not the original from four years ago – is one of the company’s first smartphones to come with a fingerprint sensor embedded into the power button. Between the hard-to-access rear fingerprint sensors and the in-display sensors that are expected to arrive in the near future, […]

Here are a few real-life Galaxy A7 ultra-wide camera samples!

The Galaxy A7 camera comes with three sensors at the back, with one of them dedicated to taking ultra-wide shots. See some samples from the phone to see how those ultra-wide shots compare to photos taken by the primary camera.

We’ll be live on YouTube tomorrow – tune in to see the triple camera Galaxy A7!

We cover a lot of interesting news about Samsung products every week so there’s always plenty to discuss with our readers. We have started conducting live streams on YouTube for this purpose so that our readers can join in and engage with us live. We’ll be going live on our official YouTube channel tomorrow, Friday, […]

With the Galaxy Note 9, Samsung introduced a new camera feature called Scene Optimizer. Scene Optimizer’s task is simple: Try and detect the kind of scene and subject that the user is trying to take a photo of and then optimize the photo’s colors to make it pop. On the Note 9, you can either […]

New Galaxy A7 price and release date in India confirmed

Samsung today confirmed the new Galaxy A7 price and release date in India. The Galaxy A7 is Samsung’s first smartphone with three rear-facing cameras. India is one of the first markets to get this device. The new handset brings a premium design, a triple-camera system at back and promises of superior performance. Samsung says that […]

Samsung India has revealed on Twitter that the new Galaxy A7 will be launching in the country on September 25th. The company has posted a link to the Galaxy A7 on online retailer Flipkart, suggesting it will be the exclusive online seller of the Samsung’s first smartphone with three rear cameras. Samsung isn’t revealing the […]

Samsung has said the new Galaxy A7 will go on sale sometime this fall, and it looks like some markets could see the phone hit retail shelves within the next week or two. The first Galaxy A7 (2018) firmware are now available in the SamMobile firmware database for Turkey, India, and the UAE. Oddly, the […]

Galaxy A7 (2018): What storage options will be offered in different regions?

The triple-camera system on the new Galaxy A7 is its main highlight, marking Samsung’s first proper response to the growing competition from China in the mid-range segment. Another nice feature of the Galaxy A7 is its memory options, which start at 64GB and go as high as 128GB of internal storage. The 128GB model comes […]

Samsung Galaxy A7 price confirmed, to go on sale soon

Samsung announced the launch of the Galaxy A7 earlier today. It’s the company’s first smartphone with a triple camera system at the back. There has been a lot of hype for this device in the days leading up to its launch. Samsung has never made a triple camera smartphone before so naturally, many are interested […]

Samsung unveiled the Galaxy A7 earlier today. It’s the company’s first smartphone with a triple camera system at the back. It was rumored prior to its launch that this handset’s specs would be largely similar to that of the Galaxy A8+ (2018). That does appear to be the case as this Galaxy A7 vs Galaxy […]

After many leaks, Samsung has officially launched the Galaxy A7, its latest addition to the Galaxy A lineup (Samsung isn’t using the 2018 tag, but we’re guessing it will be present on the retail devices). Looking at the feature set, it appears to be the first device under the company’s new strategy for mid-range smartphones, […]

Galaxy A7 (2017) with Bixby launched in South Korea

Samsung launched its new Galaxy A (2017) series earlier this year. The new series has since been released in several markets across the globe. Samsung has now launched a variant of the Galaxy A7 (2017) in its home country of South Korea. One of South Korea’s largest mobile carriers, SK Telecom, will exclusively be selling […]

Search in Samsung Galaxy A7