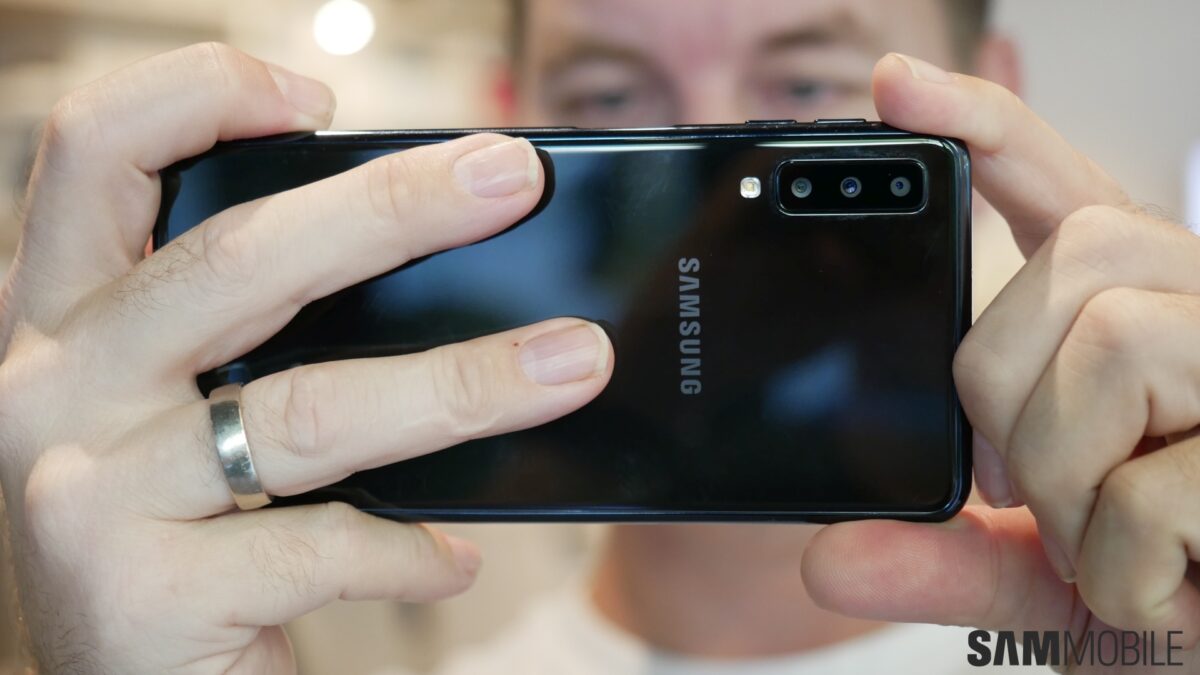 Samsung unveiled the new Galaxy A7 last month. It’s the company’s first smartphone with a triple-camera system at the back. India was one of the first markets to get this device. Samsung has now started selling it in its home country.

Customers in South Korea can now pick up the company’s triple-camera touting Galaxy A7. This also happens to be Samsung’s first smartphone with a side-mounted fingerprint sensor.

Galaxy A7 goes on sale in South Korea

The three cameras are lined up vertically at the back. It’s a departure from a design element that made Samsung’s devices stand out from the competition. We have opined that it would have been better for Samsung to retain its uniqueness and many of you have agreed.

Samsung is yet to confirm when it will begin sales of the new Galaxy A9. It’s the world’s first smartphone with four rear cameras. Samsung said at the launch event earlier this month that the device will be out in November.

Via Phone Galaxy A7 Load 0 comments

Here’s something interesting we discovered on the new Galaxy A7. Samsung has implemented a neat feature for those who don’t like the software navigation keys taking up screen space on their smartphones. On the Galaxy A7, you can permanently hide the navigation bar and use gestures for accessing the home, back, and recent apps actions. […]