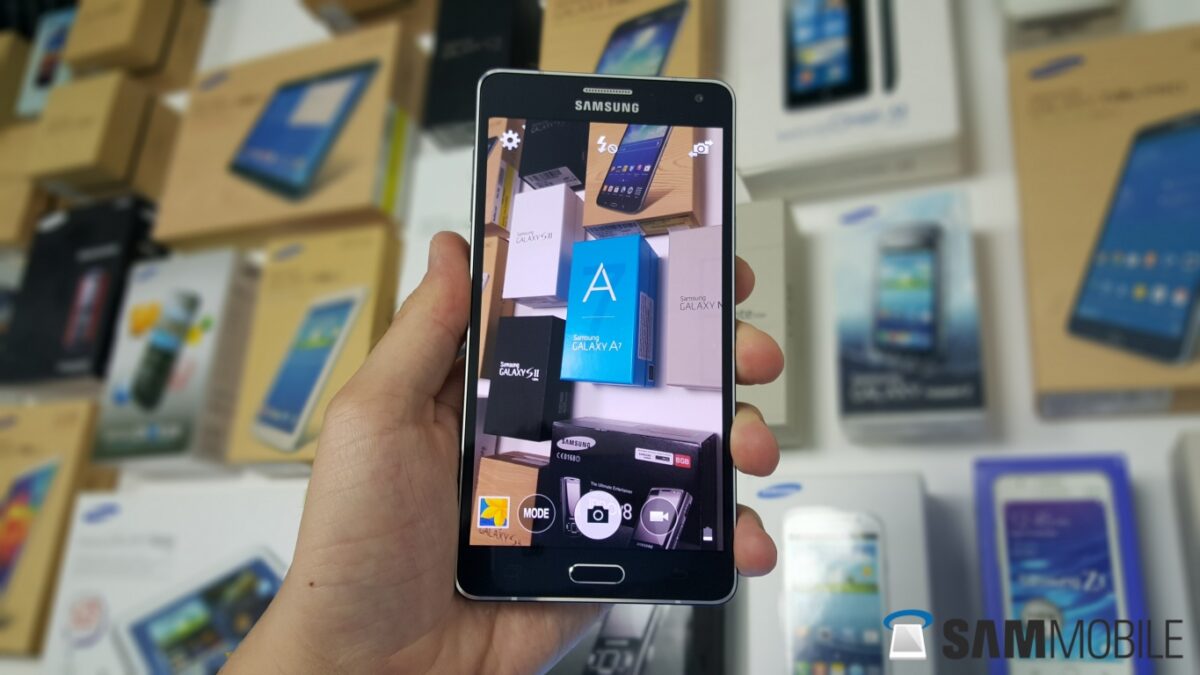 We exclusively reported about two weeks ago that Samsung is now working on the 2017 iteration of the Galaxy A3, Galaxy A5 and Galaxy A7. It has been nearly nine months since the existing models of these handsets were launched so it’s about time that the Galaxy A series was refreshed. We have already shared some details about specifications of the Galaxy A5 (2017) and if you believe everything you find in benchmarking results, then it looks like the Galaxy A7 (2017) is going to have an absolutely bonkers 16-megapixel front facing camera.

The benchmark results of the Galaxy A7 (2017) reveal that this handset features a 5.5-inch full HD Super AMOLED display with a 1.8GHz octa-core processor from Qualcomm underneath that’s hooked up to 3GB RAM. It also appears to feature 32GB of expandable storage. Interestingly, it appears that the Galaxy A7 (2017) is going to have the exact same camera on the front and the back – a 16-megapixel shooter – which would probably make this handset the mother of all selfie phones. Samsung is yet to confirm when it’s going to launch the 2017 Galaxy A series, it might possibly make us wait until the end of this year. 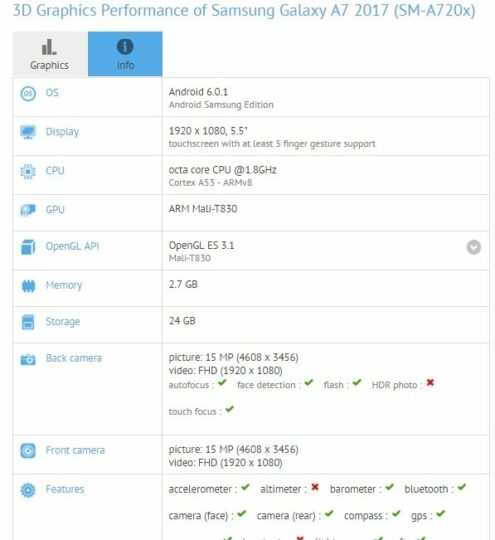 There was little hope for the Galaxy A7 (2017) Android Pie update. That’s because this device has alread …