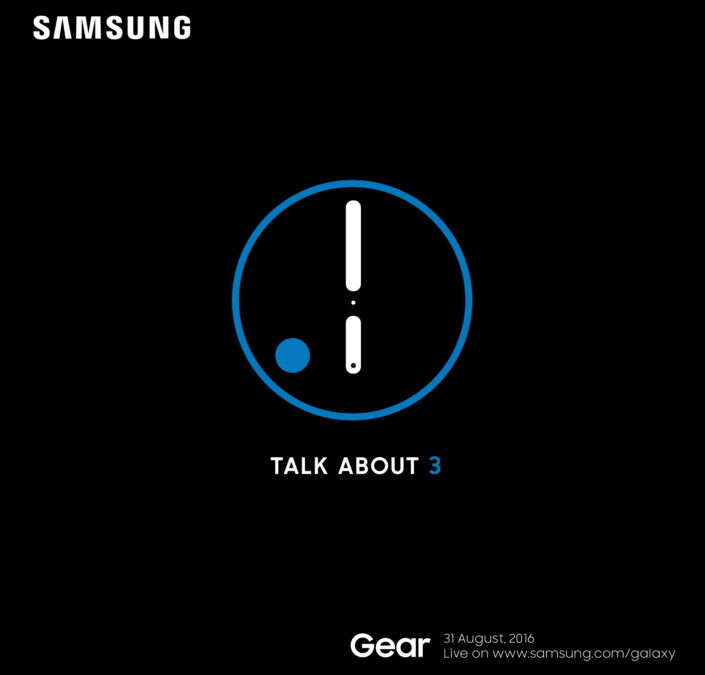 It was only three days ago that Samsung posted a teaser hinting that it’s going to talk about the Gear S3 at IFA 2016 in Berlin. Previous rumors have suggested that the company is going to use this stage to unveil its next-generation smartwatch that’s round and has a rotary bezel like its predecessor, the Gear S2. Samsung has confirmed today that it’s going to conduct the Gear S3 launch event later this month.

Samsung is expected to launch three variants of its new smartwatch this year – called the Gear S3 Classic, the Gear S3 Frontier and the Gear S3 Explorer. They will have several great new features geared towards people who live an active lifestyle and will provide an integrated GPS, a speedometer, barometer, altimeter and more.

Samsung has this new thing going in which it confirms the new device that it’s going to talk about at the event thus ending the guesswork involved. We saw this when it confirmed that its next phablet will be called Galaxy Note 7 two weeks before the actual event and today’s announcement clearly states that the company is going to talk about a new Gear smartwatch at the event later this month. The Gear S3 will be launched on August 31st with the event starting on 18:00 CET in the Tempodrom, Berlin, Germany. 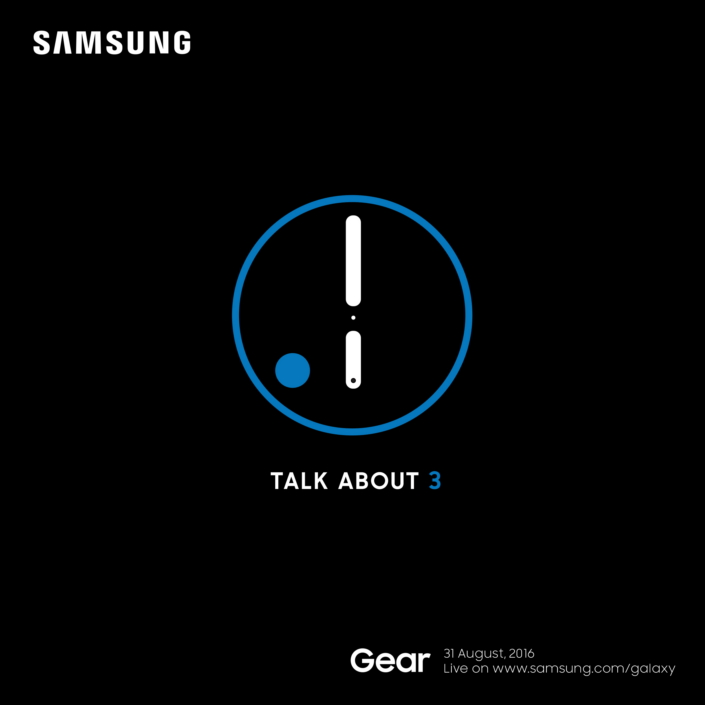