The Galaxy Note 7 is as close to a Galaxy S device as it gets when it comes to hardware specifications and design. When the Galaxy Note 7 was announced earlier this month, many said that it’s just a Galaxy S7 edge with an S Pen. However, as always, Samsung has introduced various subtle improvements with its latest flagship, and here we list out seven most notable ones from the Note 7 when compared to the Galaxy S7 and S7 edge.

First introduced with the Galaxy S7 and S7 edge, Always On Display mode was an excellent way to have consistent information like time, date, and calendar on the display. However, it had limited functionality as it could only display notifications from stock apps like the phone, dialer and messaging apps. Now, Samsung has allowed notifications from third-party apps to be shown in Always On Display mode.

Galaxy Note 7 users can mix and match icons and wallpapers from different themes for even better UI customization. However, only icons from the Theme Store can be used. Icon packs that you purchased from the Google Play Store are not supported. 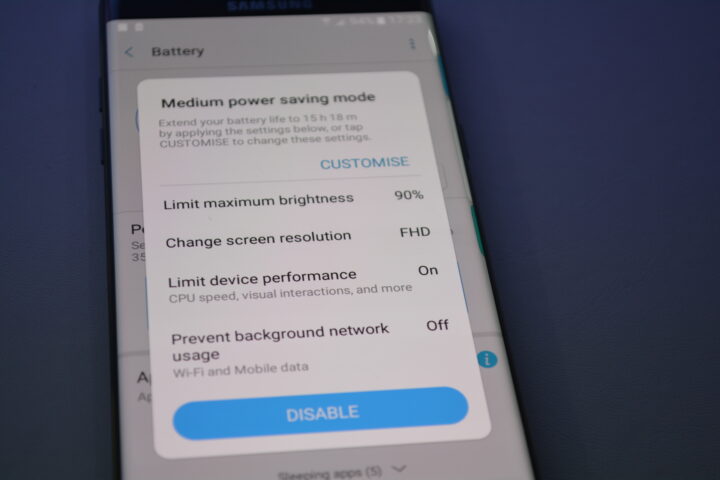 You can scale down the Galaxy Note 7’s screen resolution to 1080p (or 720p) to save power and switch back to QHD when using it with the Gear VR for a more pixel-rich, immersive experience. Apart from this, you can also limit maximum brightness, device performance, and prevent background network usage for further power saving.

Support for Galileo GNSS for improved location accuracy and reliability

You might not have noticed, but apart from GPS, GLONASS, BeiDou, QZSS, and SBAS, Samsung has included support for Galileo, the European Global Navigation Satellite System (GNSS), on the Galaxy Note 7. Galaxy Note 7 users in selected regions will be able to take the help of more than 80 different satellites to help locate their position for navigation and other location-based apps.

If you didn’t know already, blue light emitted from smartphone displays strain human eyes. There are a lot of third-party apps in the Play Store that help users in applying a blue light filter on Android smartphones. However, Samsung has added the Blue Light Filter option right inside TouchWiz, so you don’t have to install any additional third-party app.

Private Mode on Galaxy devices is useful to hide personal images and videos, but what if you want to save other types of personal files from prying eyes? Well, Samsung has introduced Secure Folder, a place where users will be able to hide all personal files including images, videos, PDFs, documents, and other files.

Files stored in the Secure Folder can’t be located from anywhere else in the Galaxy Note 7. Only the owner (or an authenticated user) can open the Secure Folder using a registered fingerprint or iris. This feature is a welcome addition to the Galaxy Note 7 as users won’t have to install additional apps from the Play Store for this purpose. Most importantly it is tightly integrated into TouchWiz.

The Galaxy Note 7 is the first smartphone in the world to feature Gorilla Glass 5 protection. Corning, maker of Gorilla Glass 5, claims that the newer version of Gorilla Glass can protect the device from 1.6-meter, shoulder-height drops onto hard surfaces up to 80 percent of the time.

The mentioned height is twice as strong as the failure threshold of Gorilla Glass 4, which is used in the Galaxy S7 and S7 edge as well as the Galaxy Note 5. We should now see much fewer cases of Galaxy Note 7 devices with shattered or cracked glass panels. 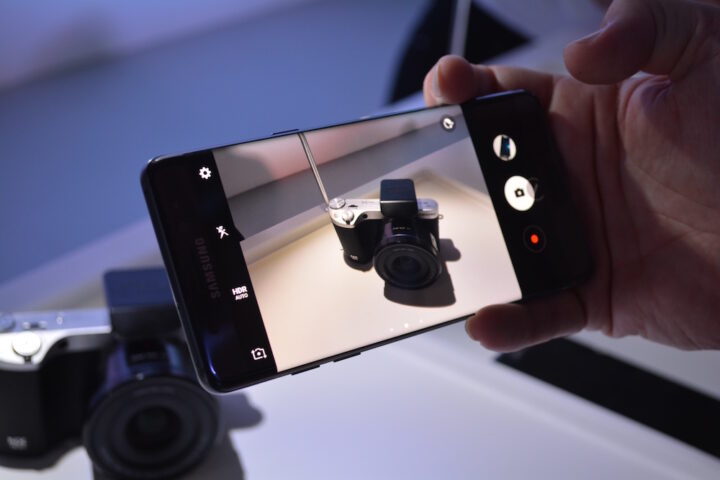 The new app looks much cleaner and simplified compared to the older camera app, thanks to a better placement of icons and gesture controls. Even live filters can be accessed through swipes in this improved camera app.

Apart from these seven features, various other things have been improved or implemented in the Galaxy Note 7. Some of these features include support for watching HDR videos, Samsung Cloud storage for easier device backups, USB Type-C port, Samsung Notes, an improved S Pen with 4,096 levels of pressure sensitivity, ability to create GIFs on the fly, and more. It’s a lot, overall, and it all contributes towards making the Galaxy Note 7 the most feature-packed flagship smartphone today.