Samsung hasn’t yet been able to release the Android 8.0 Oreo update for the one flagship it was able to fall back on when the Galaxy Note 7 met its untimely demise, but someone at the company sure had enough time to test Oreo on the discontinued Note 7 and send it to the Wi-Fi Alliance for certification. That’s right: The Galaxy Note 7 has been certified by the Wi-Fi Alliance with Android Oreo on-board. Did Samsung develop the update for the few who might still be using the Galaxy Note 7 (we all know not everyone turned their units in when the recall took place)? That seems unlikely, as no one is supposed to be using the Galaxy Note 7 officially, so one has to wonder why the device was tested with Oreo.

The Galaxy Note 7 Fan Edition has also been certified with Android 8.0 Oreo, and it’s possible the Wi-Fi Alliance requires all variants to be tested with a new version of the OS, even if a particular variant (the original one, in this case) may have turned into a ticking time bomb soon after launch. In any case, it’s good news for owners of the Fan Edition, which Samsung released in a handful of markets with a smaller battery. The Galaxy Note 7 FE was last updated in January this year in some markets, while others saw no update after 2017, and Oreo might be the next and mostly final update (other than a couple of security patch updates) the device will receive before its support period comes to an end.

As for the regular Galaxy Note 7, if you’re still holding on to and using one, don’t expect to actually see the Oreo update arrive on your phone. Not that you would be expecting any software updates on a discontinued smartphone, and it would be best to not get your hopes up just because it has been certified running Oreo. Cases of the Note 7 actually exploding may have been few and far between, but even a phone that can burn up is a pretty huge liability and, therefore, not eligible for any kind of software support other than those that make the device impossible to charge. 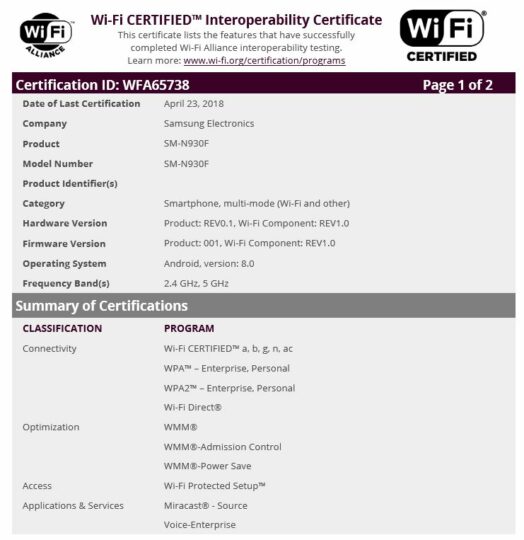 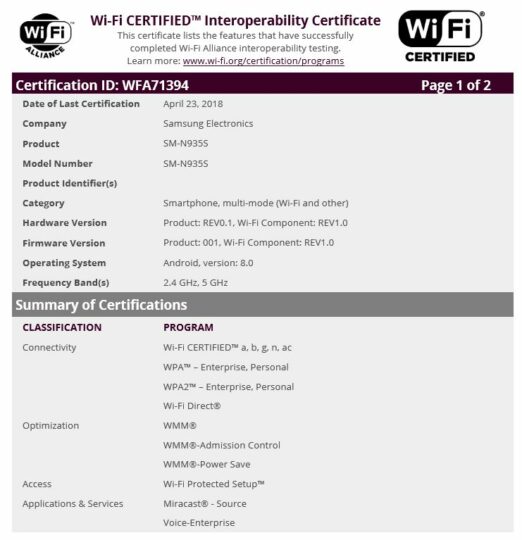