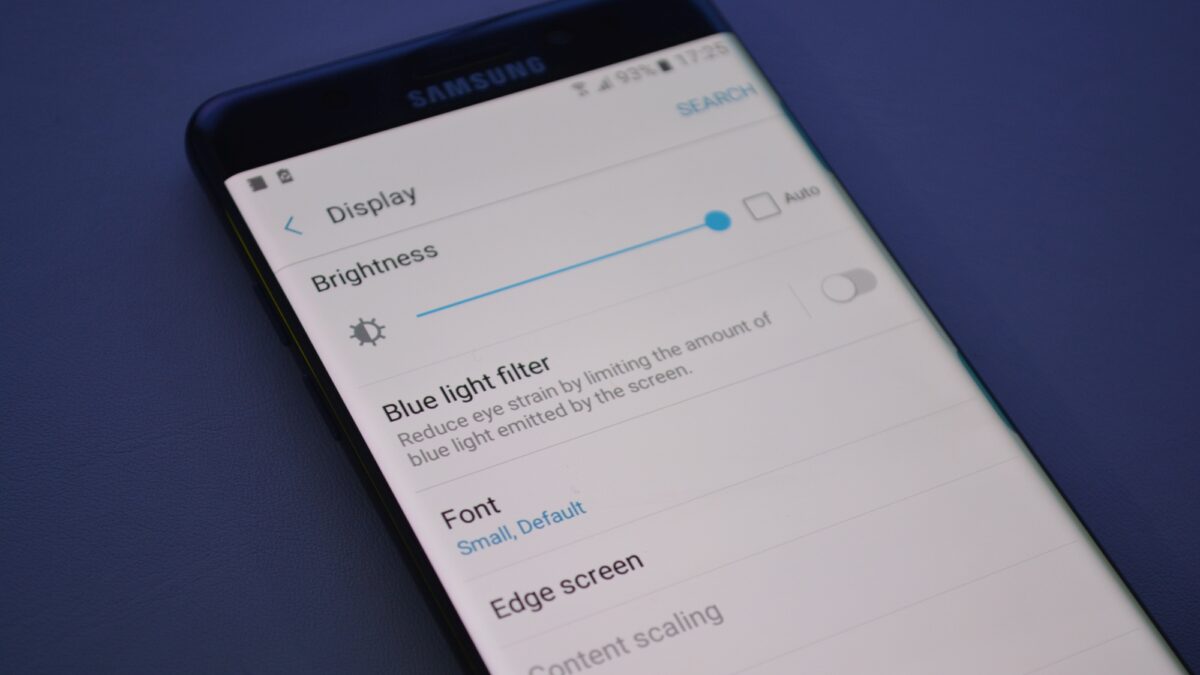 Blue light isn’t the best kind of light for the human eye, and the blue light from electronic displays is even worse. With the smartphone such an important part of our lives, our eyes are being exposed to a lot of unnecessary blue light in this day and age. OLED displays inherently emit less blue light than LCD displays, but not so less as to not strain our eyes with continued usage, especially at night when it can also induce sleeplessness. With the Galaxy Note 7, Samsung wants you to be able to control the amount of blue light you’re exposed to when using the device, as the company has built in a blue light filter option in the display settings.

Samsung seems to have been inspired by Android 7.0 Nougat, which will introduce a blue light filter to stock Android; this means there’s one less feature we will have to look forward to whenever the company brings the upcoming version of Android to the Note 7 and existing devices. Samsung has also added a toggle for the filter in the quick settings panel for easy access. Basically, this means you won’t have to download a third-party blue light filter app if you buy the Note 7, although the phone’s built-in setting won’t be as customizable as those third-party apps.

Blue light isn’t completely bad, and everyone has to get enough of it in addition to the reds and the greens to have their eyes functional properly. But overexposure can cause eye strain and make it hard for you fall asleep at night, and an out-of-the-box option to reduce blue light is just another minor yet important feature that Samsung has added to its latest flagship smartphone.