The next big thing from Samsung, the Galaxy Note 7, has now gone official, but, with the iris scanner being one of the new, mysterious, and most intriguing aspects of the latest-generation phablet, consumers are now trying to find out as much about the iris scanner as possible. As seen from a leaked video two weeks prior to this week’s announcement, the iris scanner works incredibly fast (some may say faster than the fingerprint scan since you need not even place your finger on the home button), but how exactly does it work?

In other words, what happens between your eye and the iris camera to process the iris scan?

The iris scanner of the Galaxy Note 7 will be put to good use beyond just screen unlocking: there’s also Samsung’s new Secure Folder feature that lets you hide the content you don’t want other peeking eyes to see, and Samsung Pass, a new mobile banking security feature that lets you access financial statements and other personal information by way of iris scans. The Galaxy Note 7 iris scanner doesn’t work with glasses or babies, though, so visually challenged persons will find another challenge here.

As for the future of iris scanners, Samsung has said it intends to bring third-party support to the iris scanner, allowing human irises to unlock other apps and content within Android (and eventually, Tizen too). Eventually, the coveted iris scanner on the Galaxy Note 7 could make its way to mid-range devices. Considering Samsung Pay and its role in mobile payments, is a wise business decision. 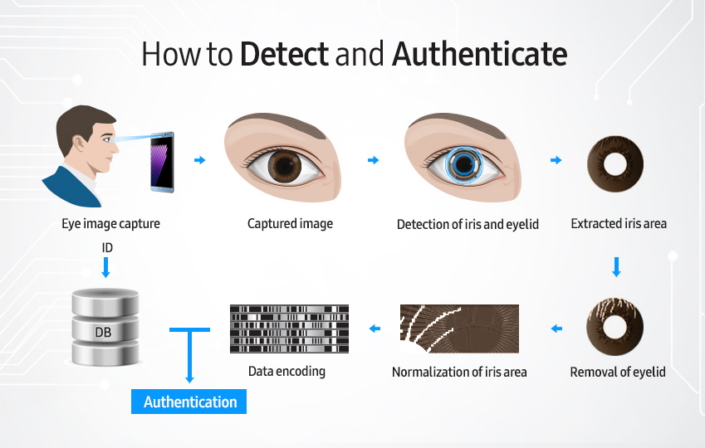 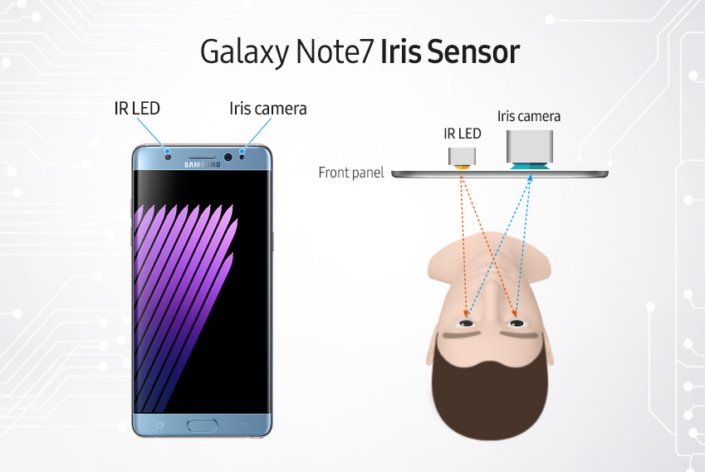