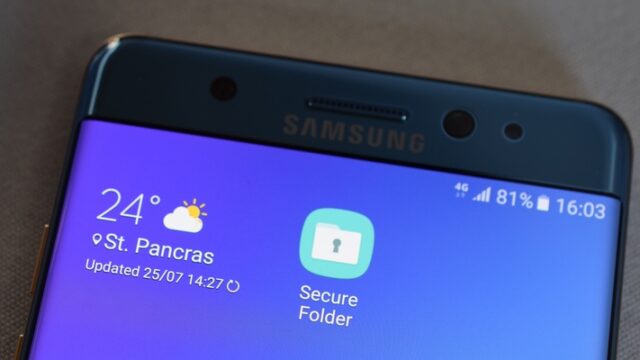 We tend to do a lot of stuff using our mobile devices these days, many of us use banking applications on our smartphones and tablets on a daily basis despite being aware of the potential security issues that particularly plague Android-powered devices. Samsung wants to make those concerns a thing of the past. It announced a new security system today called Samsung Pass which will enable Galaxy Note 7 users to access mobile banking more securely using their handset’s iris scanner.

The Galaxy Note 7 is Samsung’s first consumer handset to feature an iris scanner and it’s going to use this technology for more than just unlocking the device. Samsung Pass will allow users to access mobile banking and do other sensitive tasks after being authenticated using the iris scanner. The company is working with major financial institutions like Citibank, Bank of America, US Bank and others to link the iris scanner to their mobile banking apps. That’s all that the company has revealed about Samsung Pass at this point in time, we are bound to hear more details about it in the coming weeks and months.

Samsung Pass should borrow this important security feature from iOS 15