So here it is: Samsung’s revamped Galaxy A5 (2016). With its premium design and build quality, practical features, and impressive battery life, this is one of the most interesting Galaxy phones this year. And we say that knowing full well the Galaxy S7 looms just around the corner. We’ve been using the device for several weeks now, so it’s time we shared our experiences in the following review.

Note: This review is based on our experiences with both the European model SM-A510F, and the Chinese dual sim model SM-A5100. We’ve used the latter without Google Play Services and with, after flashing the device’s Hong Kong firmware.

If you’ve read our Galaxy A3 and A5 (2016) preview, you know the Galaxy S6‘ design language can be found all over the phone. Still, there are some notable differences. The aluminium frame and the corners are all just a little less round, giving the phone a tighter looking body.

The Gorilla Glass 4 that covers the front and back of the device has a clearly pronounced 2.5D effect. The display seems to float on top of the Galaxy A5 (2016), which makes for a very nice visual touch. In fact, we think this is the prettiest non-edge device that Samsung has built to date, even if fingerprints are as attracted to the glass as ever.

When holding the A5 (2016), the weight gain caused by a bigger battery in a thicker body adds significantly to the feeling of quality, for example when compared to the A5 from 2014. The camera protrudes a little from the back, though less than on the Galaxy S6, and likely reveals what the upcoming S7’s bump will be like.

Overall, the phone leaves an impression befitting a high-end device, in terms of look and feel.

The 5.2-inch Super AMOLED display on the Galaxy A5 (2016) packs a 1920 x 1080 pixel resolution, which is noticeably sharper than that of its predecessor (424 versus 294 pixels per inch) while not overdoing it with an even higher S6-like QHD pixel count. For most users a 1080p resolution probably is the sweet spot where image quality, performance and battery life are in balance. In fact, unless you plan to dabble in virtual reality with the Gear VR, this is about as high a resolution as you’ll ever need.

Equally notable is the improvement in color reproduction. While the Galaxy A5 (2016) does not provide the near-perfect reproduction of the S6 and Note 5, the phone’s AMOLED-photo or basic modes provide a calm, relatively natural looking display. As a rough comparison, think of the Galaxy S5’s Full HD AMOLED panel. We think the new A5’s is far better.

Needless to say, contrast is as usual with this type of AMOLED display, that is to say: perfect. In auto mode, the display can get pretty bright, to ensure good visibility even in sunlight. Viewing angles are good too, though, again, not as good as on Samsung’s top of the range devices, and whites are a little bit on the warmer side of the spectrum.

Still, for the Galaxy A5 (2016)’s class this is a very nice, sharp display with all the benefits of Samsung’s current generation AMOLED technology.

The Galaxy A5 (2016) packs Samsung’s Exynos 7580 system-on-a-chip also found in the Galaxy S5 Neo. It’s hardly a beast, but still sufficient to drive the latest version of the TouchWiz interface without hiccups. Even heavier games can be played decently, but when several tasks are running in the background, for example when installing or updating apps, the fact that this is a mid-range device with a mid-range processor does become evident.

Of course, Samsung did not equip the A5 (2016) with its scorching UFS 2.0 flash storage, nor is its two gigabytes of RAM of the DDR4 variety. Don’t expect large amounts of data to flow quickly, as these are tried and tested, but not exceptionally performing parts.

Despite its very classy looks and above average display, performance-wise the new A5 really is a mid-range smartphone that stays true to its price tag.

On the software front, as mentioned, TouchWiz on the new Galaxy A5 (2016) runs fine, if not in record-breaking fashion. For those unfamiliar with the improvements added to the interface in recent times, buttons have text instead of only icons and menus have been significantly simplified, so there won’t be any confusion as to what each option does.

Perhaps the best recent improvement to TouchWiz is the theme store, with which the new A5 comes out of the box. There are even a few simple but good looking themes exclusive to the Galaxy A (2016) series, but it is the general possibility to customize the looks of the interface that make this by far the best recent TouchWiz feature.

All of this, however, can not hide the fact that Android version 5.1.1 Lollipop hasn’t been the latest and greatest since quite a few months now. It is not bad per se, and having Android Marshmallow would not instantly improve the Galaxy A5 (2016) significantly, but this is simply a point of discussion that could and should have been avoided in the first place.

Last year it took Samsung several months to bring Android Lollipop to its first generation of A devices, despite it being readily available from Google at the time of launch. A similar unnecessary wait for the update to Marshmallow lies ahead for anyone who buys the Galaxy A5 (2016), or any other Galaxy A revamp, right now.

While we’re busy pointing out some of the Galaxy A5 (2016)’s downsides, we might as well move on to the main camera. The 13-megapixel sensor on the back actually comes with an f/1.9 aperture and optical image stabilization (OIS) – features it shares with the Galaxy S6 – so we had good hopes for the quality of the images. Actual results were, in the light of this, underwhelming.

As with most other mid-range smartphones, the camera performs well in broad daylight, snapping sharp, relatively natural looking photos. Dynamic range, however, seems quite limited in automatic mode. There is a pretty decent HDR mode, but it is slow, and there is no real-time preview that shows how such a shot will turn out. Also, the maximum resolution is limited to eight megapixels when shooting HDR images. We tried to come up with reasons why this would be, but find it hard to believe there could be technical restrictions (processing power, RAM) that require such a limitation.

The presence of OIS generally seems helpful in the phone’s night and HDR modes, keeping the lens steady enough to achieve satisfying results. Still, it is a far cry from the sharpness the S6′ stabilized lens achieves in various circumstances and modes.

Check out some sample images taking in the camera’s auto mode: 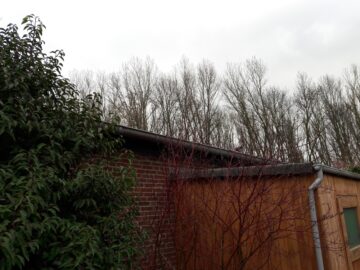 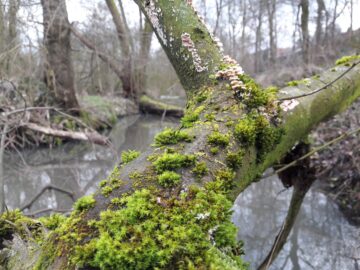 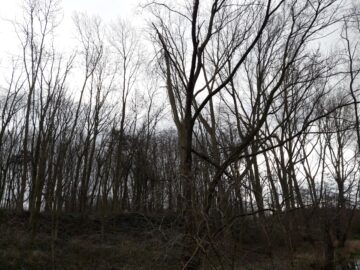 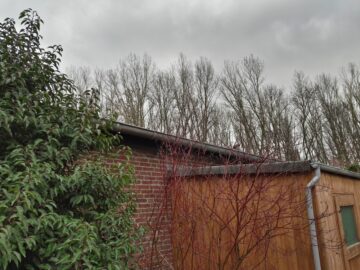 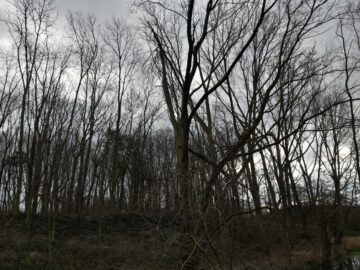 The camera’s ‘professional’ mode is fairly basic. It offers manual control over white balance, exposure and ISO values from 100 upwards, but no shutter speed setting, nor the ability to save RAW data. Fortunately, the camera app can be started by pressing the home button twice, which is a simple and very useful feature. 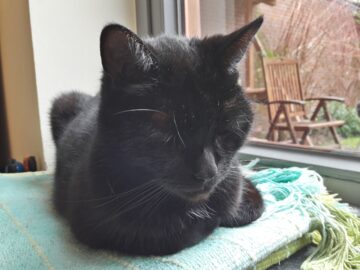 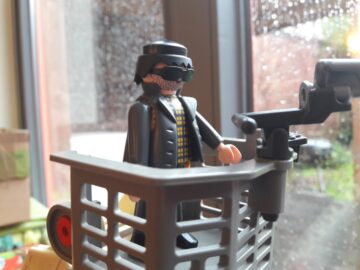 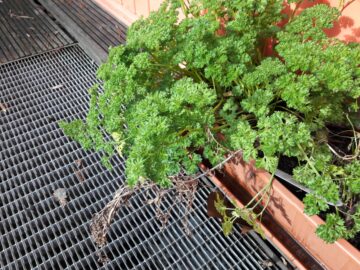 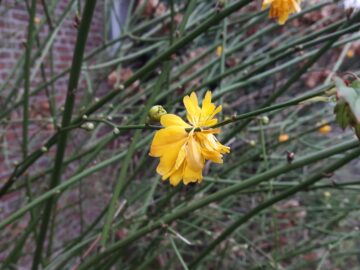 On the video front, expect straightforward 1080p recording at 30 frames per second. There’s no HDR here, so dynamic range is limited, while autofocus isn’t very slow but occasionally needs to time catch up. Forget 60 fps or 4K – those options didn’t make it to Samsung’s A series yet.

The A5 (2016)’s front shooter is sufficient for all possible, wide-angled selfie requirements, and effective in conditions with not so much light. Resolution, however, is limited to five megapixels and there’s no HDR mode available for it.

Still, for most users who mainly use their phones to take pictures they can share through social media or messaging apps, the Galaxy A5 (2016)’s camera will prove adequate. And the five megapixel front shooter is capable of producing decent selfies even in low-light conditions. Lovers of high-quality smartphone photography should, however, look elsewhere.

Notwithstanding Android Lollipop and the camera, there is another area besides design and display where the Galaxy A5 (2016) leaves a very positive impression. In terms of battery life, the 2900 mAh battery combines brilliantly with the device’s modest processor and display resolution. It took us genuine effort to drain its juices within one working day. Without any additional gaming added on top of regular use, the A5 (2016) lasted two days with relative ease.

Samsung, as far as we are concerned, is on the right track sacrificing thinness for battery life in the new Galaxy A (2016) series. Needless to say this is a very smart, and necessary, move – particularly after last year’s Galaxy S6 left many disappointed in the battery department.

To make things even better, Samsung decided to equip the new A5 with the fast charging feature, previously only found on more expensive Galaxy devices. You can charge it from zero to full in a little over one and a half hours. Or fill it up halfway in about 30 minutes.

Long-lasting battery life and fast charging are two very practical features that add real value to the Galaxy A5 (2016). They are, however, not the only ones.

The Galaxy A5 (2016) packs the same fast and smooth working fingerprint scanner found in the Galaxy S6 and Note 5. It is simple and fast, and adds safety to different features, from the lock screen to Samsung Pay (if available in your country). It is very nice to see a premium looking mid-range device packing such a good fingerprint scanner. Pressure from other manufacturers made Samsung think long and hard about how to keep its devices competitive. Adding useful features seems a sensible answer to the problem.

Next to these features, the Galaxy A5 (2016) comes with a few tricks even Samsung’s high-end phones in 2015 forgot how to do. There is space for a microSD card, and you can listen to some old-fashioned FM radio – the type of radio that does not devour your data plan. 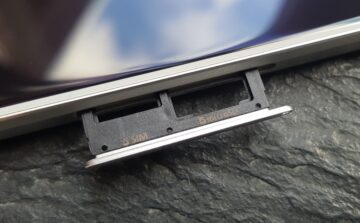 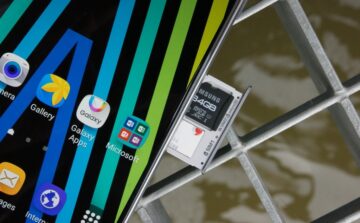 On our Chinese A5 (2016) the microSD slot doubles as a second SIM slot. This is an efficient solution, though it’s a pity users of two SIM cards have to sacrifice expandable storage. Though a comparable dual SIM model is or will be available outside of China, the standard European A5 (2016), for example, has a microSD slot without extra functionality.

Last but not least, it is necessary to mention the A5 (2016)’s notification LED. Or to be precise: the curious lack thereof. Sure, there are other ways to get notified of missed calls or messages, but this is just one of those peculiar Samsung design choices that are hard to understand.

Taking a step back to once more look at the full picture, the Galaxy A5 (2016) is actually a very sensible device. It packs the right mix of components into a well-designed body, turning it into a feature-rich phone with solid battery performance. However, if you require a top-notch camera, a quick dose of Marshmallow, or a notification LED, the Galaxy A5 (2016) does fall short.

Still, for most average smartphone users, the A5 (2016) will mainly stand out as a device with a premium look and feel, a very nice display, sufficient performance and solid two-day battery life. Combine all of this with its mid-range price tag, and the new A5 just might be the Samsung device that gives the most bang-per-buck this year.

Of course, Samsung’s most prolific phones of 2016 still have to come out: the Galaxy S7 and S7 edge. But even though it looks as if they pack comparable battery life, a superior camera, a higher resolution display, and some additional water and dust protection, the difference in pricing will be significant. Except for users who need a top-notch camera, or the possibility to use their device with the Gear VR, the A5 (2016) packs specs that will satisfy all but the most demanding smartphone users.