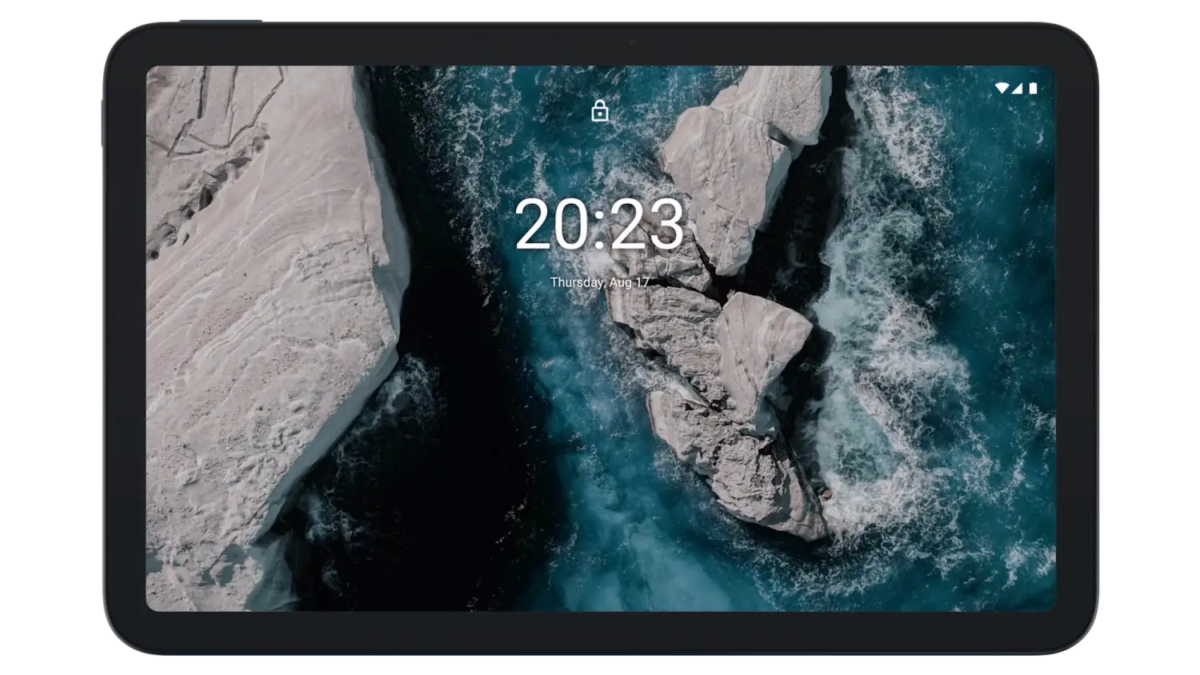 The low-cost tablet market is still sparsely populated thanks to the lack of interest from OEMs. Only the likes of Lenovo and Samsung have kept things fresh by launching affordably-priced options such as the Galaxy Tab A7 and Galaxy Tab A7 Lite. Now, Nokia has entered the playing field with its new Nokia T20.

The Nokia T20 ships with a 10.4-inch IPS LCD panel with a resolution of 1,200 x 2,000 pixels and 400 nits peak brightness. Its noticeably thick bezels house the tablet’s 5MP selfie camera.

Nokia wants a piece of the Android tablet pie

Like many tablets released this year, the selfie camera is optimized for landscape viewing. The tablet draws power from an 8,200mAh which Nokia says is good for up to 15 hours of usage. Furthermore, the battery also supports 15W fast charging.

Under the hood, the Nokia T20 packs a UNISOC Tiger T610 chipset with 3/4GB of RAM and 32/64GB of storage. The somewhat-dated chipset won’t win any awards for performance, but it’s fairly power-efficient. At the back, the Nokia T20 has a singular 8MP camera sensor for photography.

HMD Global states that the Nokia T20 will ship with Android 11 out of the box and receive at least two major software updates, i.e till Android 13. This is quite a huge deal as OEMs often abandon tablets, leaving them to run on antiquated software. The tablet is offered in both LTE and Wi-Fi only flavours and includes features such as Bluetooth 5.0, 802.11 b/g/n/ac WiFi and GPS.

With its $249 price tag, the Nokia T20 has the potential to take on the Galaxy Tab A7. Both tabs are specced quite similarly, and it’ll be interesting to see if Nokia’s newest offering has what it takes to attract Samsung customers.