The Galaxy Tab A7 Lite was announced on the same day as the Galaxy Tab S7 FE — May 27, 2021. As far as Samsung’s tablet portfolio is concerned, the company has positioned the tablet as a budget solution for on-the-go content consumption and light gaming. It’s an “ultra-portable” solution with slim side bezels and dual speakers, wrapped in a metal cover. 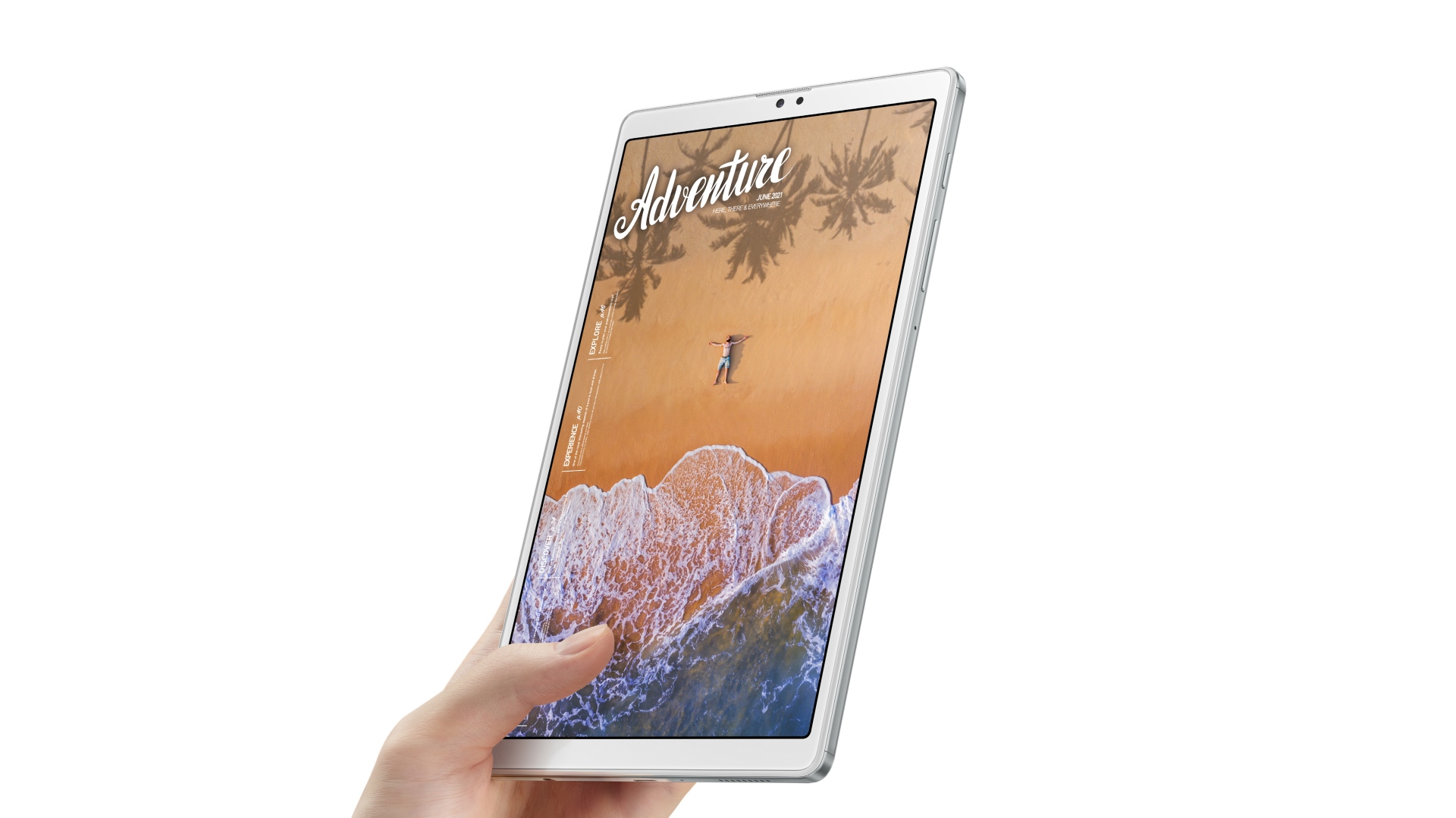 The Galaxy Tab A7 Lite has a metal cover, as mentioned above, and as repeated throughout Samsung’s official announcement. It’s supposed to be durable, but beyond that, it doesn’t share the Galaxy Tab S7 FE’s modern design language with flat edges.

The tablet has a portrait orientation, given the logo on the back panel and the location of the selfie camera. The upper and lower bezels are thicker than the lateral ones, and the stereo speakers — which support Dolby Atmos — don’t fire in opposite directions.

Samsung left out a few details about the chipset when it announced the tablet, and it only mentioned an octa-core configuration. Judging by it and other sources of information, the Galaxy Tab A7 Lite is equipped with a MediaTek Helio P22T chipset. It features four Cortex-A53 CPU cores clocked at 2.3GHz, and four Cortex-A53 cores operating at up to 1.8GHz. The CPU is assisted by an IMG PowerVR GE8320 graphics chip, 3GB / 4GB of RAM, and 32GB / 64GB of built-in storage, expandable via microSD by up to 1TB.

The tablet is offered with Wi-Fi-only or LTE connectivity. It comes with Wi-Fi 5, Wi-Fi Direct, and Bluetooth 5.0, as well as GPS+GLONASS, Beidou, and Galileo. It has a USB-C 2.0 port and a 3.5mm audio jack at the bottom.

The internal battery has a capacity of 5,100mAh and it supports 15W fast charging. However, Samsung is shipping the Galaxy Tab A7 Lite with a standard charger, leaving customers the option of purchasing a 15W charger separately. Other optional accessories include a Book Cover and a Clear Cover. 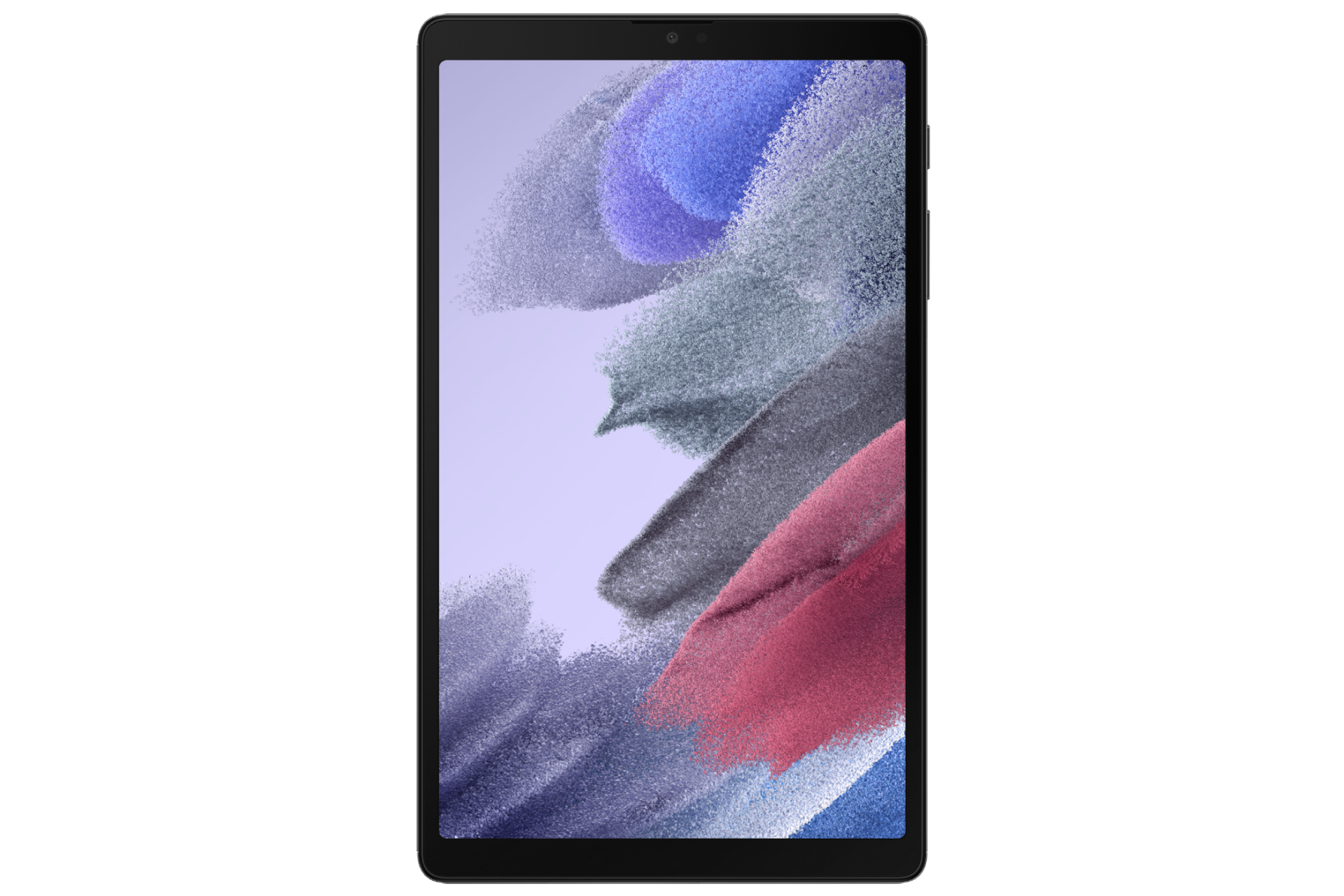 The tablet’s bezels surround an 8.7-inch TFT display with a resolution of 1340 x 800. There’s nothing special about this panel. It’s a budget solution for a budget tablet, and it doesn’t offer the qualities — or the resolution — of Samsung’s AMOLED displays.

The Galaxy Tab A7 Lite has an 8MP rear camera and a 2MP selfie sensor. The main 8MP shooter takes advantage of autofocus. The setup is capable of FHD (1920 x 1080) video recording at 30fps.

Samsung is shipping the Galaxy Tab A7 Lite with Android 11 and One UI 3.1, but many features that are usually included with costlier tablets are not available here. The tablet lacks Samsung DeX compatibility, among many other productivity-oriented features. However, it supports Samsung TV Plus out of the box, and it comes with two months of YouTube Premium for free.

The Galaxy Tab A7 Lite was planned for release in select regions starting June 2021. When it was announced, Samsung confirmed that it will hit the Wi-Fi and LTE base models will cost £149 and £179, respectively.

Galaxy Tab A7 Lite owners can follow our news section for the device to stay up to date with future developments.

SamMobile readers have access to a large selection of Samsung APK files, wallpapers, and Samsung firmware. They are available to download for free.