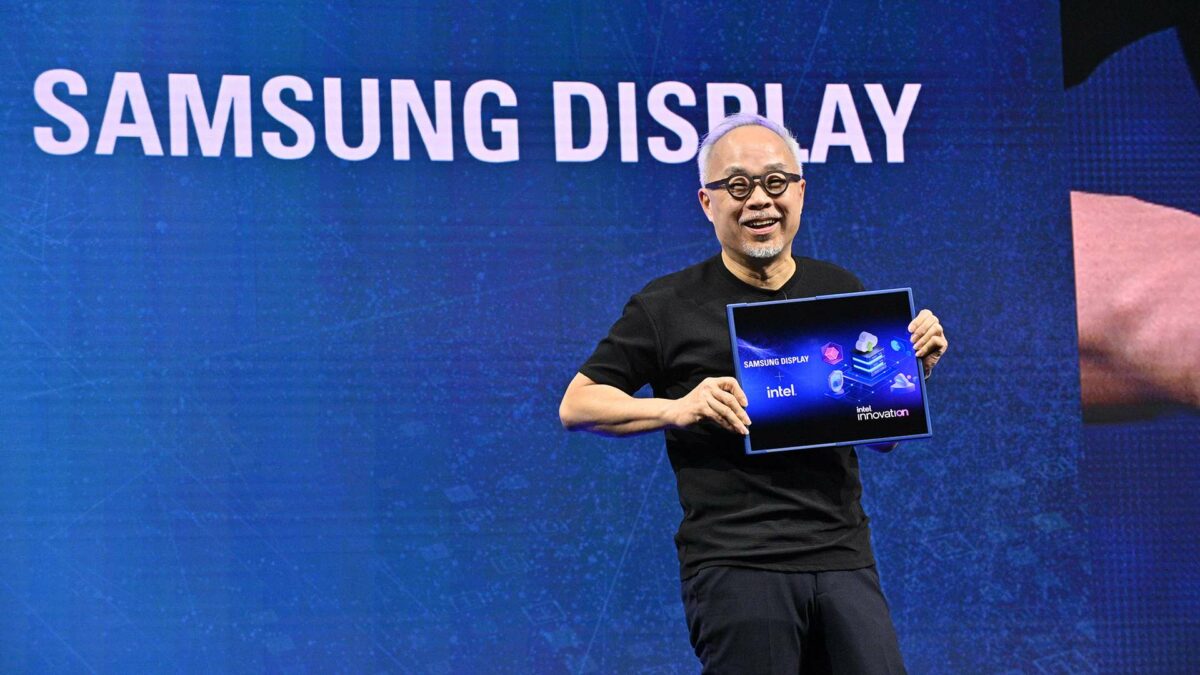 Samsung has been making foldable smartphones for quite a few years now, and it is the unrivaled king of the segment. However, the company has far greater things planned for foldable devices in the future, including slidable displays. In May 2022, Samsung Display showcased a 6.7-inch slidable OLED display that extends vertically, unlike a few expandable display prototypes that we’ve seen that expand horizontally.

Now, Samsung Display has revealed what it calls “the world’s first 17-inch slidable display for PCs globally.” The tablet-like device that Samsung Display CEO JS Choi demonstrated at the Intel Innovation Keynote 2022 has a 13-inch display that expands horizontally to 17 inches. This working prototype had a single static image displayed on it, and going by what JS Choi said, it is made specifically for computers with a tablet-like form factor, such as the Microsoft Surface Go 3.

We still don’t know the display panel’s resolution, aspect ratio, brightness, and other specifications. The company hasn’t revealed how durable it is. So, it’s hard to judge the slidable display’s quality.

The fact that Samsung calls it a “slidable” display rather than an expandable screen hints that the South Korean tech giant wants to differentiate its product from others. That makes sense when you consider that the expandable displays we’ve seen from brands like LG and OPPO were made for smartphones, but the one from Samsung is made for PCs.