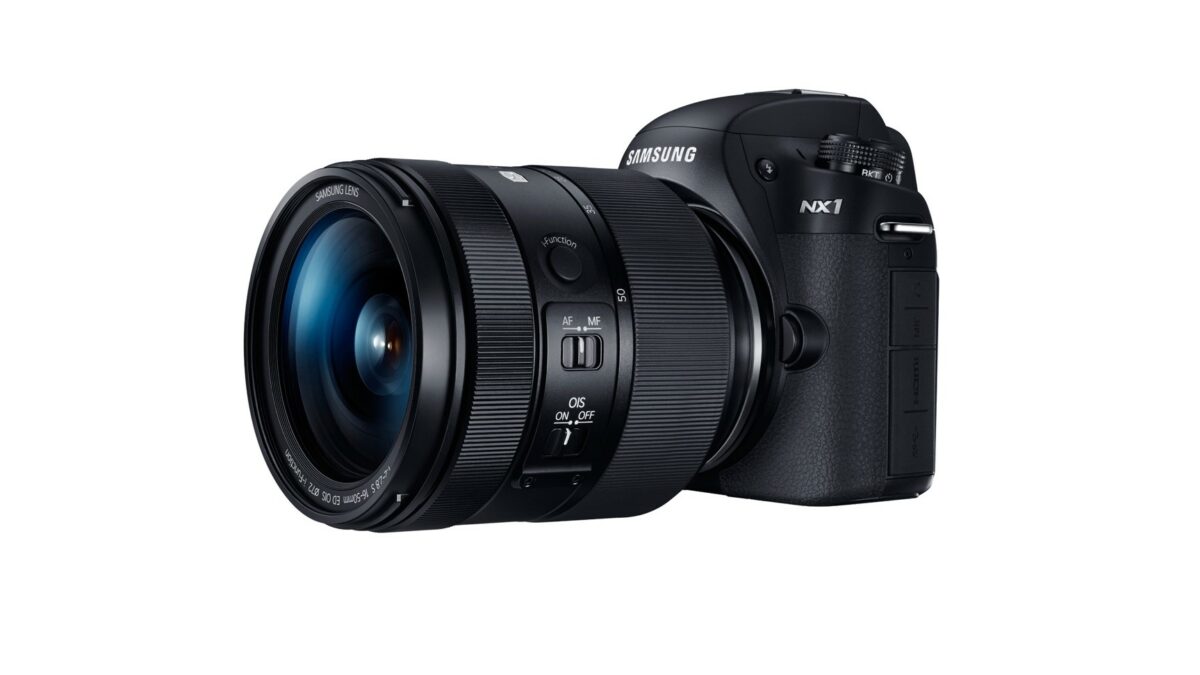 Two years back, Samsung exited the highly-competitive camera business. Well, although Samsung never officially announced the exit, it has officially retracted from some markets and hasn’t made any NX cameras since then. The decision obviously left many photography enthusiasts disappointed.

No evidence so far about a new NX camera

Now, there is a new rumor making rounds online that Samsung is working on a new NX camera. The source for this exciting rumor is an anonymous tip received by Mirrorless Rumors about Samsung’s new high-end APS-C camera powered by an Exynos 9810 SoC. Yes, Exynos 9810 is the same chipset Samsung will be using (along with Snapdragon 845 for select markets) in its Galaxy S9 series this year. The anonymous tip about Samsung’s new NX camera goes into great detail explaining all the features and specifications, albeit without corroborating evidence.

The 30.1-megapixel prototype camera in testing is apparently an NX1 retrofitted with a new APS-C sensor and Exynos 9810 chipset. The tipster says all major features of Exynos 9810 SoC are enabled in the camera. This equips the camera with an optional LTE-connectivity, GPS for location tagging, UHS-II support for high-speed SD cards, Bluetooth 5.0, 802.11ac, USB 3.1 Type-C for uncompressed output, etc. On the software front, the new prototype camera purportedly features an accelerometer-based shutter, which the tipster claims will most probably make it to the Galaxy S9. This does sound plausible given Samsung’s emphasis on camera features for the Galaxy S9 series. Interestingly, if the Galaxy S9 series indeed comes with a similar shutter feature then it might give some credibility to the rest of the details mentioned in the tip.

Before you get your hopes high, do remember there is absolutely no evidence so far about Samsung developing a new NX camera. Even the anonymous tipster says what he/she played with is a prototype based on an NX1, and there is no information about when and if it will ever hit the market. So, don’t put too much stock into the tip, parts of which are reproduced below:

“All features of Exynos 9810 are enabled (except a small part of GPU), so a huge amount of in-camera processing power, optional LTE-connectivity with eSIM, GNSS (GPS, GLONASS, BeiDou) for location tagging, SD 3.0 with UHS-II support for memory cards (up to 300 MB/s), Bluetooth 5 for continuous low-power connection and 802.11ac with 2×2 MIMO for fast image- and video transfer. USB 3.1 Type-C with DP enabled for uncompressed output up to 5K 30fps and 4K 60fps. There is a PCIe 3.0 x2 bus left if they decide to add something like a CFexpress card-slot, or Thunderbolt 3 or 10GbE.”

The Exynos 9810 is a powerful SoC with many bells and whistles. If Samsung indeed decides to use it in a camera, even if just to showcase the power and cutting-edge features of its flagship processor, there is no doubt it will result in a compelling camera. Circling back to the original point, though, we have yet to see any hard evidence about Samsung plotting a return to this market.

Our Samsung Exynos 9820 vs Exynos 9810 specs comparison will tell you how the Korean giant's latest mobile chipset compares to its predecessor.

The Galaxy Note 9 has already been spotted on benchmarking website Geekbench a couple of times. The SM-N960U was the first model to appear online, it’s the Snapdragon 845-powered version meant for the United States. The SM-N960N destined for South Korea followed a few weeks later and it was the first time we saw the […]

After a mere six months since the last flagship announcement from Samsung, the Galaxy S9 and Galaxy S9+ are finally here. In case you’ve missed the extensive flooding of information, here is the glorious official spec sheet for the S9 duo. If you consider yourself a Samsung fanatic, then you already know that Samsung releases […]

The first Galaxy S9 Exynos 9810 benchmark surfaced last week and the results reiterated reports that there’s going to be a noticeable performance difference in the Snapdragon 845 and Exynos 9810-powered variants of the Galaxy S9 and the Galaxy S9+. The latter has now surfaced on Geekbench and the latest results once again show that […]

Samsung officially announced the Exynos 9810 processor not too long ago. The Galaxy S9 will be the first handset to be powered by this processor and now the first Galaxy S9 Exynos 9810 benchmark has surfaced online. The single-core and multi-core scores will leave you impressed when you compare them with the recent Qualcomm Snapdragon […]

For years, Qualcomm’s flagship chip has powered almost all high-end Android smartphones and that will be the case throughout 2018 as well. The company announced the Snapdragon 845 processor last year and the Galaxy S9 is going to be the first device to use it. Samsung will only ship the Galaxy S9 with Qualcomm’s chip […]