We go hands-on with the first public Android 12 (One UI 4.0) build at SamMobile TV 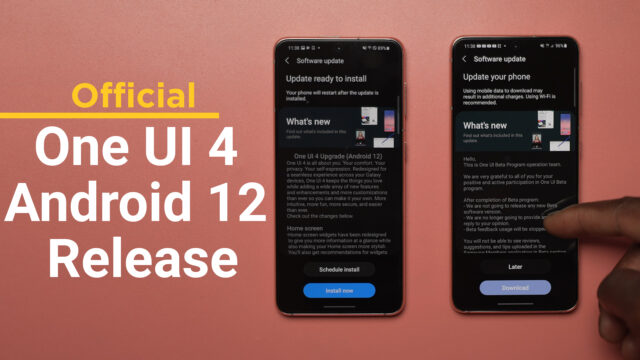 As most of you know, Samsung began the official Android 12 (One UI 4.0) rollout for the Galaxy S21 worldwide on Monday. The company was quick to conclude the beta test period and release the first public build mere weeks after Google brought Android 12 to its own Pixel phones. There’s a lot to look forward to, so without further ado, join us for our latest episode of SamMobile TV as we take the Galaxy S21 Ultra and the first One UI 4.0 public build out for a spin.

There are plenty of addition in One UI 4.0, from new ways to personalize your device’s color scheme based on your choice of wallpaper to new privacy tools and an improved Samsung Keyboard with better spelling prediction.

Widgets were redesigned, and the lock screen has new options for widgets. The Camera and Gallery apps have also been refreshed with reorganized UI elements, and various other Samsung apps got updated for One UI 4.0. The list includes but isn’t limited to Calendar, Samsung Internet, Bixby Routines, and Device Care. Of course, we previewed many of these changes in the previous beta builds, but now they’re final, so there’s no more guesswork as to what will or won’t make it in the public release.

Check out our One UI 4.0 hands-on video below for a closer look at the latest firmware, and let us know which additions you enjoy or look forward to the most. And if you’re looking for instructions on how to acquire the update, you can check our guide.