Galaxy Watch 3 gets fully unboxed ahead of official announcement 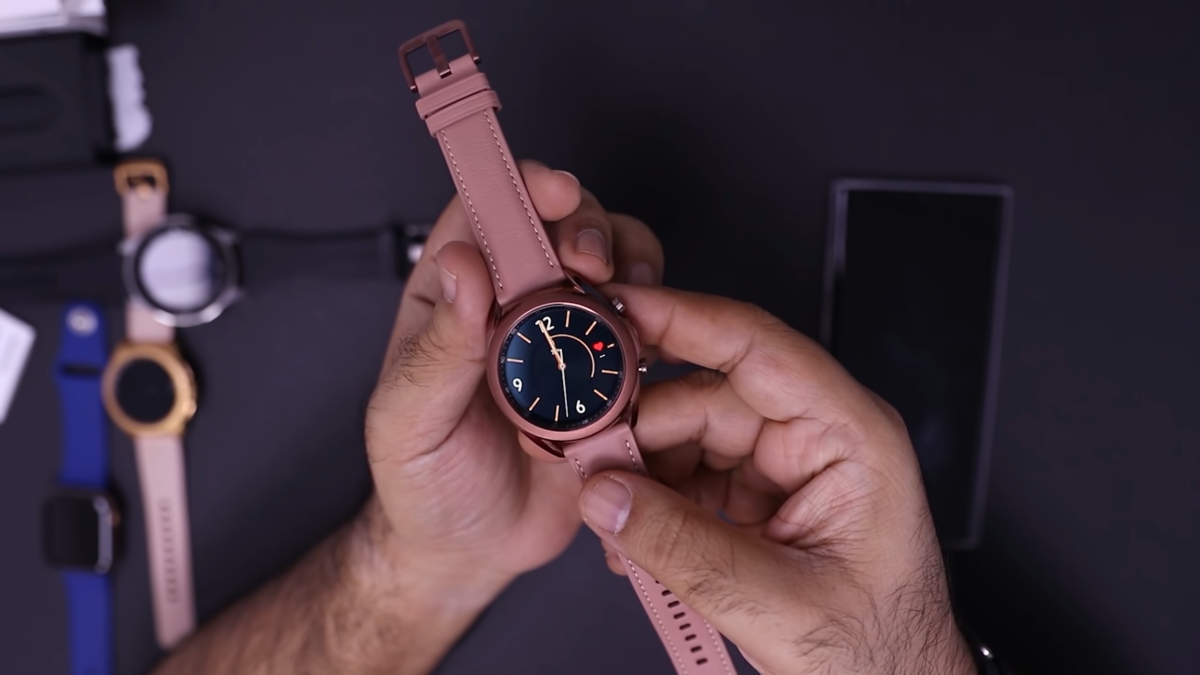 Samsung is expected to announce the Galaxy Watch 3 during its Galaxy Unpacked 2020 virtual event on August 5. However, press renders and full specifications of the smartwatch have been leaked already. Now, a YouTuber has posted a full unboxing video of the Galaxy Watch 3 a week ahead of the official announcement.

The unboxing video posted by The Mobile Central also shows the Galaxy Watch 3 from as many angles as possible and explains the pairing process. The 41mm Mystic Bronze version of the Galaxy Watch 3 (SM-R850) was sold by a retailer in the UAE. The host of the channel also compares the design and size of the smartwatch with the Apple Watch Series 4, Gear S3 Frontier Edition, and the Galaxy Watch.

The initial impressions video also claims that the build quality of the Galaxy Watch 3 is relatively better than the original Galaxy Watch. The rotating bezel is back, and the host says that it feels very tactile. Other features of the watch, including heart-rate measurement, sleep tracking, steps tracking, and workout tracking can be viewed in the software tour. Some new watch faces can also be seen in the video.

The Galaxy Watch 3 41mm Mystic Bronze version seems to be targeted towards women as the leather strap is quite short, even for average-sized wrists of the YouTuber. However, Samsung will also sell a 45mm version of its upcoming smartwatch. It has been reported in the past that the Galaxy Watch 3 will also feature ECG and fall detection. The only thing that we don’t know yet is the pricing of the smartwatch.