Galaxy S21 Ultra is like the S20 Ultra and Note 20 Ultra’s love child, and that’s exciting 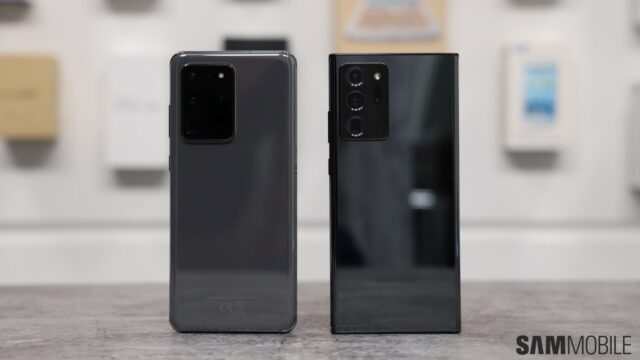 2020 has not been a great year for Samsung’s flagship phones, either sales-wise or when it comes to how happy they have made the company’s fans. For the first time ever, Samsung switched to using the ‘Ultra’ moniker for its top-end Galaxy S and Note flagship models, but only the Galaxy S20 Ultra was truly worthy of the title, at least if we’re to judge these phones by their spec sheets.

The Galaxy Note 20 Ultra simply had too many downgrades compared to the Galaxy S20 Ultra. Those included a smaller battery, lower zoom capabilities (though some would argue the S20 Ultra went overboard with its 100x zoom), slower charging speeds, and just 8GB of RAM on the LTE variant. Some of these were downgrades even over last year’s Galaxy Note 10+, making Samsung’s use of the ‘Ultra’ tag a head-scratcher.

But the Galaxy Note 20 Ultra also brought a couple of key improvements. It featured a laser autofocus module to fix the woefully inadequate autofocus on the Galaxy S20 Ultra, and Samsung introduced adaptive refresh rate for the display, which enables power savings by intelligently lowering the refresh rate to as low as 11Hz in some instances.

And, with the Galaxy S21 Ultra, Samsung seems to be taking the good stuff from both the Galaxy S20 Ultra and the Galaxy Note 20 Ultra. According to the leaks and rumors, the S21 Ultra will feature adaptive 120Hz refresh rate that works at Quad HD resolution, laser autofocus, a 5,000 mAh battery, and heck, even S Pen support.

Oh, and it will also have two telephoto lenses featuring 3x and 10x optical zoom, instead of the single 4x/5x telephoto lenses on the S20/Note 20 Ultra. Last but not least, those who live in markets where Samsung sells Exynos variants of its flagships might finally get the performance and efficiency that you expect from such an expensive device, as the Exynos 2100 is looking mighty promising.

Needless to say, all that has me pretty excited, and anyone who didn’t buy one of Samsung’s flagship phones this year should be excited as well. Of course, some skepticism is also recommended, especially if rumors such as the absence of a microSD slot turn out to be accurate. Samsung has so many flagship lineups on its hand that expecting perfection from any of them might be a bit naïve unless the company proves otherwise, and thankfully, it won’t be long before we find out if that’s going to be the case this time around.