We had exclusively reported two months ago that Samsung is working on the Galaxy M31s and the Galaxy M51. The Galaxy M51, which is expected to be launched in September in India, has just received the necessary certification from Bluetooth SIG. This confirms the mid-range phone’s name and that it will launch soon.

The Galaxy M51 with model number SM-M515F has appeared in Bluetooth SIG’s database. It appears that Samsung first applied for the certification of its upcoming mid-range smartphone in the fourth week of May 2020 and the final approval was granted earlier today. The phone features Bluetooth 5.0 with A2DP, AVRCP, LE, and all the layers that are expected from modern-day smartphones.

Going by earlier reports, the Galaxy M51 will use an OLED screen made by China Star Optoelectronics Technology. The device could be launched with Android 10 out of the box. It will reportedly use the Snapdragon 730 processor, up to 8GB RAM, 128GB internal storage, and a microSD card slot. The phone features an under-display fingerprint reader.

In terms of imaging, the Galaxy M51 is expected to come with a rear-facing quad-camera setup featuring the 64MP ISOCELL Bright GW1 camera sensor. We suspect that the Galaxy M51 is a rebranded Galaxy A51 with a few design changes such as a higher resolution camera sensor and possibly a 7,000mAh battery with 15W fast charging. 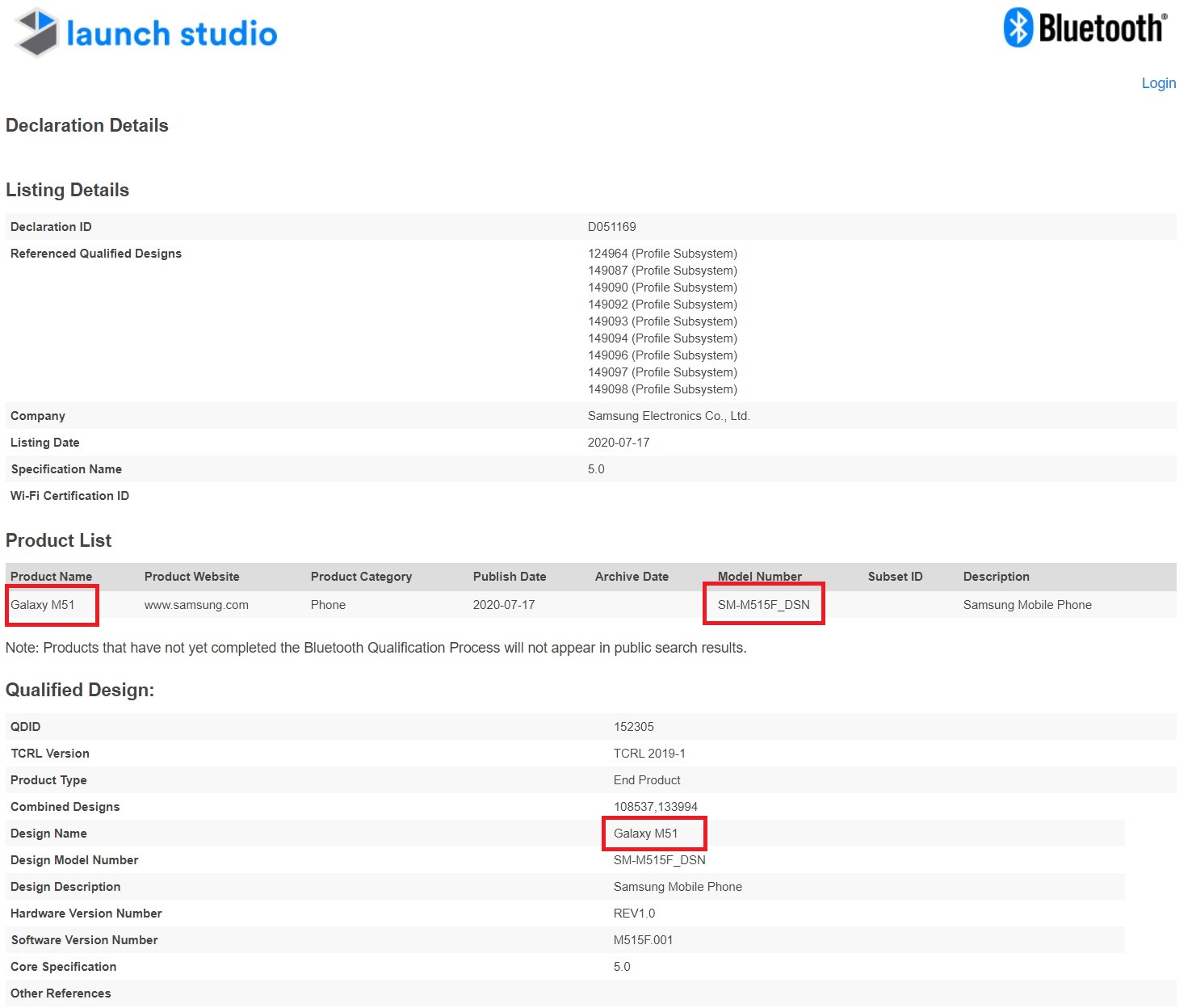