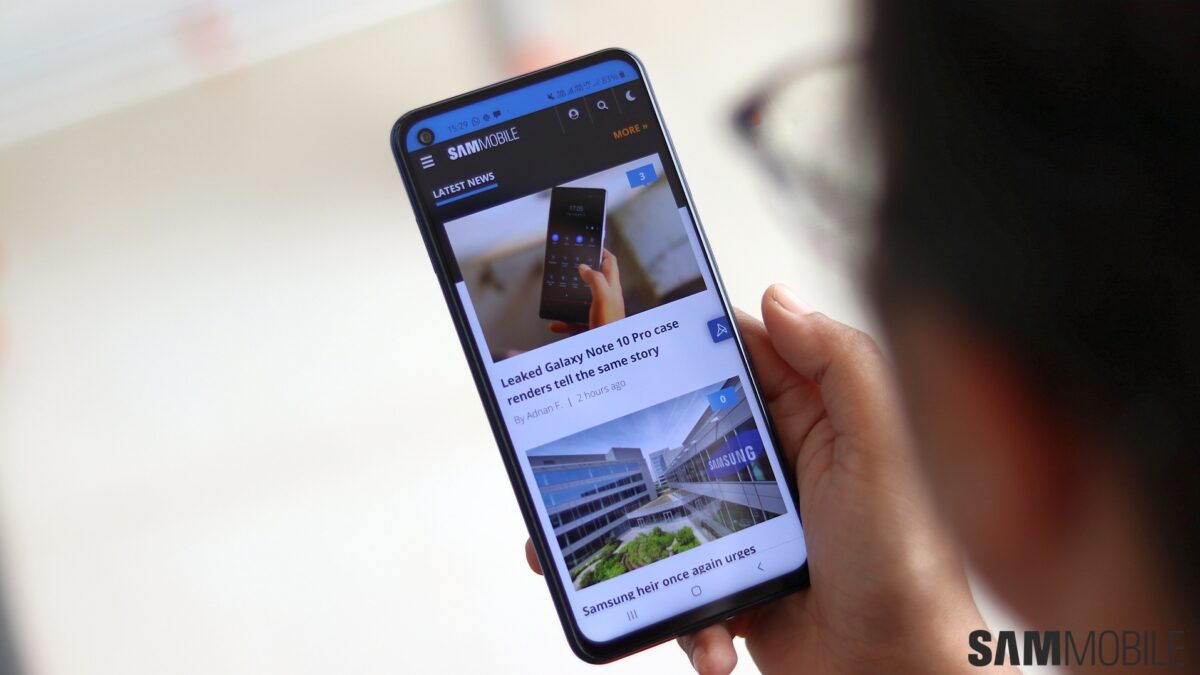 SamMobile exclusively reported last month that Samsung is now working on the Galaxy M51. Subsequent reports have suggested that the company has decided to kill the Galaxy M41 and just launch the Galaxy M51 instead. The Galaxy M51 was expected to be its first device to feature an OLED panel not supplied by Samsung Display.

It was later reported that the panels were being sourced from Samsung Display. That’s because the Chinese supplier Samsung had been considering couldn’t meet quality requirements. Word on the street now is that those issues have been resolved and Samsung will use a Chinese OLED panel for this device.

This information comes from Ross Young who is the founder and CEO of Display Supply Chain Consultants. He says that the Galaxy M51 will indeed use OLED panels from China Star Optoelectronics Technology. The Chinese company has apparently overcome all technical issues and has been able to satisfy Samsung. If this is indeed true, the Galaxy M51 would then become Samsung’s first smartphone to feature an OLED display not supplied by its sister company.

Samsung sources the majority of the components that go inside its smartphones from sister companies. It makes perfect sense from a business perspective. Not only is Samsung Display part of the conglomerate, it basically has a veritable monopoly on the mobile OLED market. No other display manufacturer can make OLED panels at the same scale and volume.

That means Samsung Display can ask for top dollar from its customers. Young also points out that Samsung Display has the highest OLED prices. So even if Samsung Electronics were able to get a sweet deal on the panels, a Samsung Display competitor would undoubtedly undercut the price just to win those orders.

This would enable Samsung to offer the Galaxy M51 at an even more attractive price. Given the segment of the market that this device would be competing in, it would go a long way in ensuring the handset’s success.

We won’t actually know which company supplied the OLED panels for the Galaxy M51 until the device comes out. This isn’t something that Samsung will confirm on its own. Even if it does decide to source OLED panels from an outside company, it’s unlikely that Samsung would do the same for its flagship devices.