Samsung is working on multiple mid-range smartphones in the Galaxy A and Galaxy M series. We had exclusively reported last month that the company is working on 128GB variants of the Galaxy M31s and the Galaxy M51. Now, the latter has been spotted on Geekbench, revealing certain aspects of the device ahead of the launch.

The Galaxy M51 also seems to be running Android 10, so it will most probably come with One UI 2.0 or One UI 2.1 out of the box. The upcoming smartphone scored 546 points in Geekbench 5.1.1’s single-core CPU test and 1,784 points in the multi-core CPU test. The phone is also rumored to come with a quad-camera setup, consisting of a 64MP ISOCELL Bright GW1 image sensor for the primary camera.

We can also expect the Galaxy M51 to sport a Super AMOLED screen with Full HD+ resolution, an in-display fingerprint reader, a 16MP or better selfie camera, GPS, dual-SIM card slot, LTE, Wi-Fi b/g/n/ac, Bluetooth 5.0, a USB Type-C port, and a 5,000mAh or bigger battery with fast charging. However, accurate specifications can only be confirmed closer to the phone’s launch. 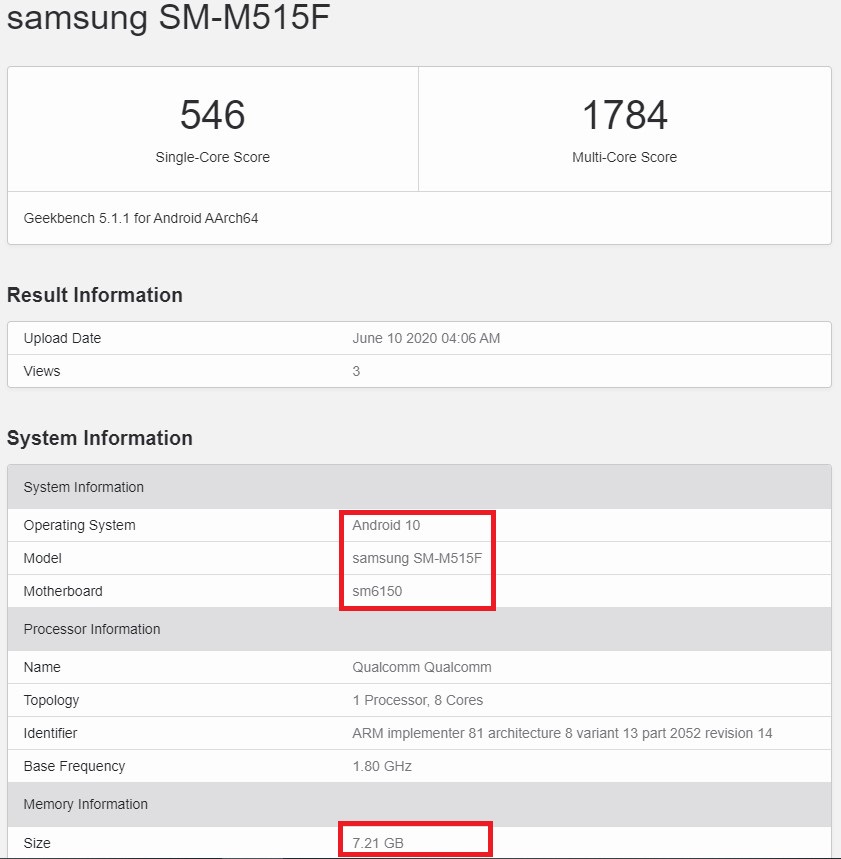