The Galaxy A51’s affordable price, stylish design, large screen, and quad-camera setup seems to be working in its favor. The phone has a 6.5-inch Super AMOLED Infinity-O display and an under-display fingerprint reader. It runs Android 10 with One UI 2.0 out of the box. It is equipped with the Exynos 9611 SoC, 4GB/6GB RAM, 64GB/128GB storage, and a microSD card slot.

It has a 48MP+12MP+5MP+5MP quad-camera setup on the rear and a 32MP selfie camera. A 4,000mAh battery powers the phone, and supports 15W fast charging. The Galaxy A51 recently started receiving the One UI 2.1 update in a few countries with new features. You can read our review of the Galaxy A51 here. There’s also a 5G variant of the Galaxy A51. 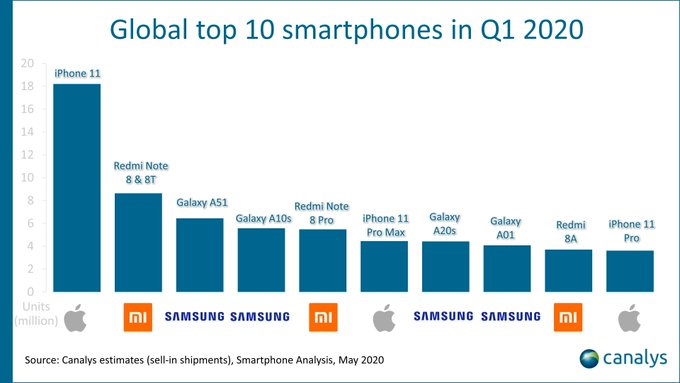