The Galaxy A20 is one of the first devices from the revamped Galaxy A series that now includes everything from budget devices to premium mid-rangers. It’s a budget smartphone that sits above the entry-level Galaxy A10/A10s. 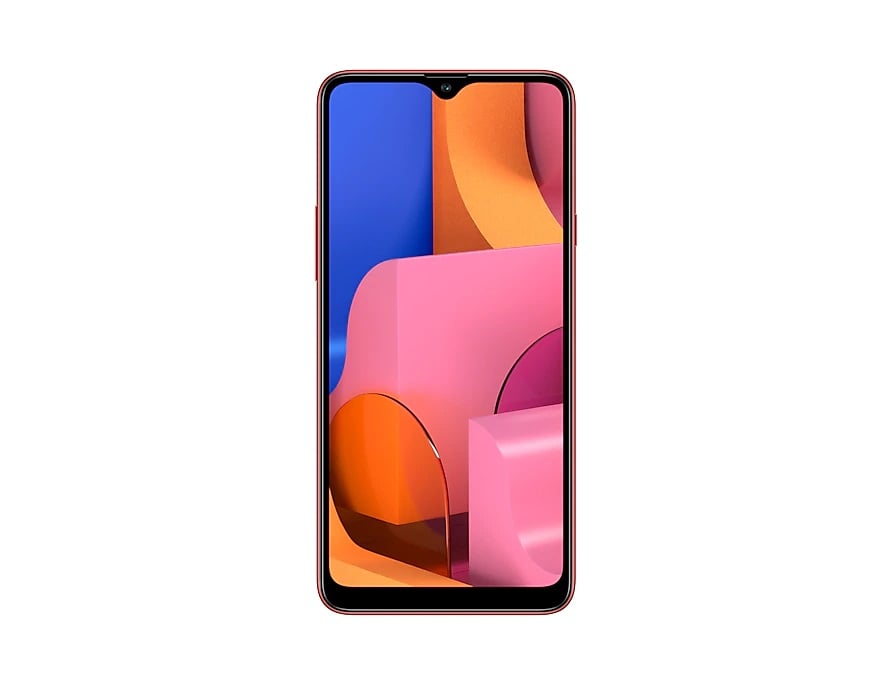 Within a couple of months of its launch in early 2019, Samsung released the A20e in select markets. Though the moniker suggests it’s a cheaper variant of the A20, that’s not the case as the A20e differs significantly from the original model and has its own distinct identity and target markets.

The Korean company didn’t stop there. It also launched an upgraded version of the A20 in September 2019 under the A20s branding. Like the A20e, it once again brings noteworthy changes that are big enough to question the rationale behind the A20s moniker. 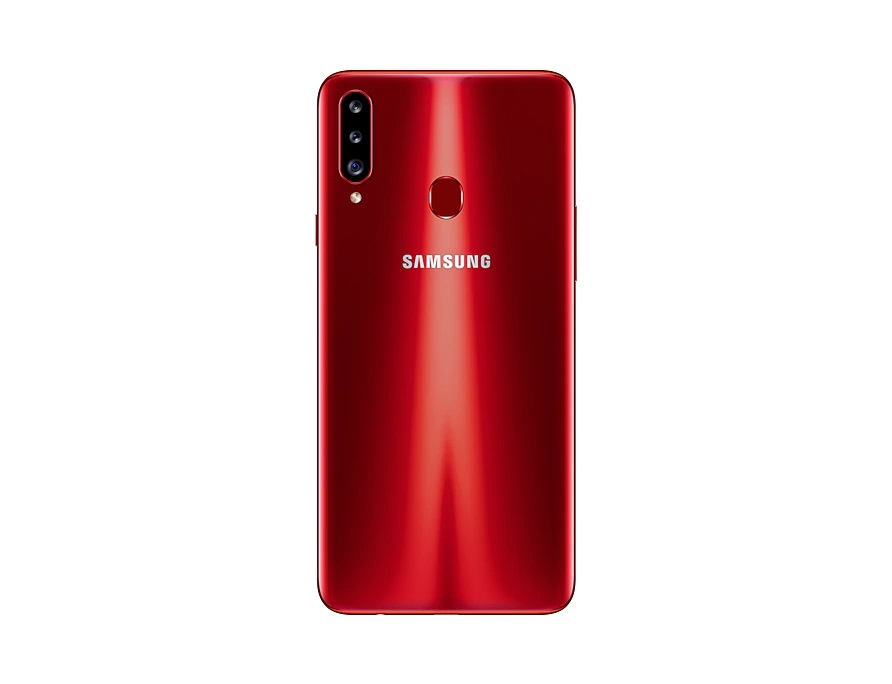 Similar to the ‘s’ iterations of other A series phones, the A20s sports an updated design on the rear panel. It is, however, still made out of glossy plastic with a glass-like finish.

On the front, there is a large Infinity-V display with a big chain and a water-drop notch. The volume rocker and power button are on the right side of the frame, while the SIM slot is on the left. There is a secondary microphone at the top, and a headphone jack, Type-C port, primary mic, and a speaker grille are on the bottom side.

On the back, there is a vertically-arranged triple-camera setup at the top-left corner and an LED flash below it. There is Samsung branding in the middle and a fingerprint- scanner just above it. The Galaxy A20s measures 163.3 x 77.5 x 8 mm and weighs 183 grams, which makes it perceptibly both larger and heavier than the A20 and A20e.

The Galaxy A20s sports some significantly different internals from the regular A20. All of them are not necessarily upgrades, but it is mostly an upward move. Primary among these changes are the swapping of the Exynos 7884 chipset for a Snapdragon 450 SoC, a third rear camera with a 5 MP depth sensor, and a slightly bigger screen at 6.5 inches. There is also a new 4GB/64 GB storage variant instead of the lone 3GB/32GB configuration available with the A20.

The rest of the device specs match with those of the A20. These include a single 8 MP selfie camera, 4,000mAh battery with 15W fast charging, and Android Pie OS with Samsung’s One UI on top.

For the full list of internals, you can go to our Galaxy A20s specifications page. 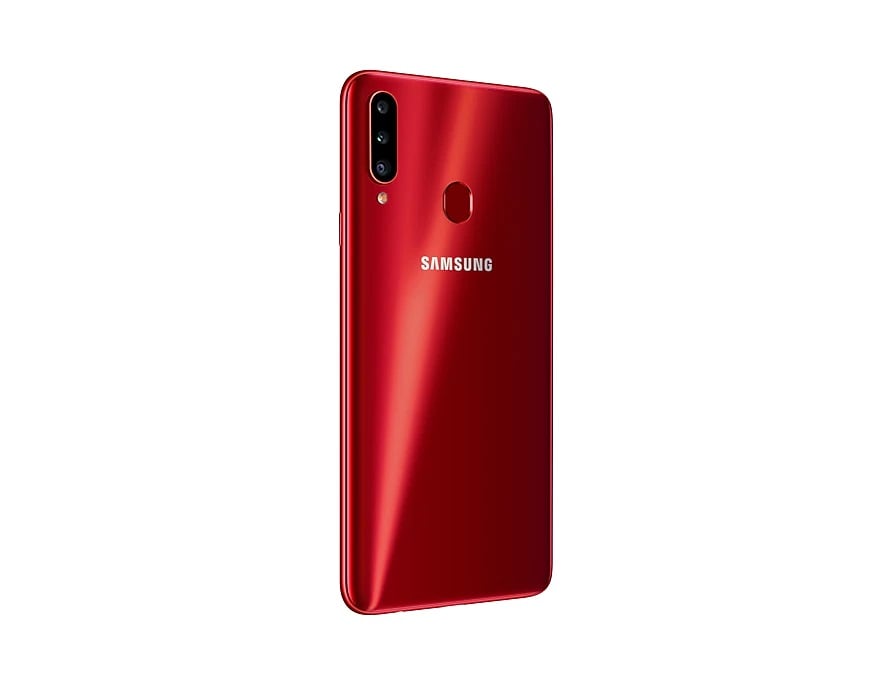 The only difference between the camera hardware of the Galaxy A20 and the A20s is that the former lacks a dedicated depth sensor on the back. Barring that, the optics and the imaging capabilities of these two devices are the same.

Like all other Galaxy A series devices launched in 2019, the Galaxy A20s runs Android Pie with Samsung’s One UI on top. The user interface and the feature-set here are similar to any other budget Galaxy device running the same software. You can read our One UI (Android Pie) Feature Focus series to learn about all the major changes Samsung’s new interface brings to the table.

Samsung hasn’t made any official announcement about the rollout of the Android 10 update yet. However, going by the company’s update policy and track record, it is safe to assume that the Galaxy A20s will receive it sometime in 2020.

Samsung announced the Galaxy A20s towards the end of September, and the device went on sale a few days later in Malaysia and India. It is priced at Rs. 11,999 (~$170) for the 3GB/32GB configuration and Rs. 13,999 (~$198) for the 4GB/64GB variant in India. Available color options include black, green, blue, and red. As usual, pricing and availability vary by region.

You can follow our coverage of the Galaxy A20s to learn about new features, updates, tips, and more. To download the latest A20s firmware, you can head over to our firmware section.

You can download Samsung firmware, APKs, and wallpapers for free from our website. We also offer optional premium plans with additional benefits such as expert support, faster downloads, giveaways, ad-free browsing, dark mode, and more.