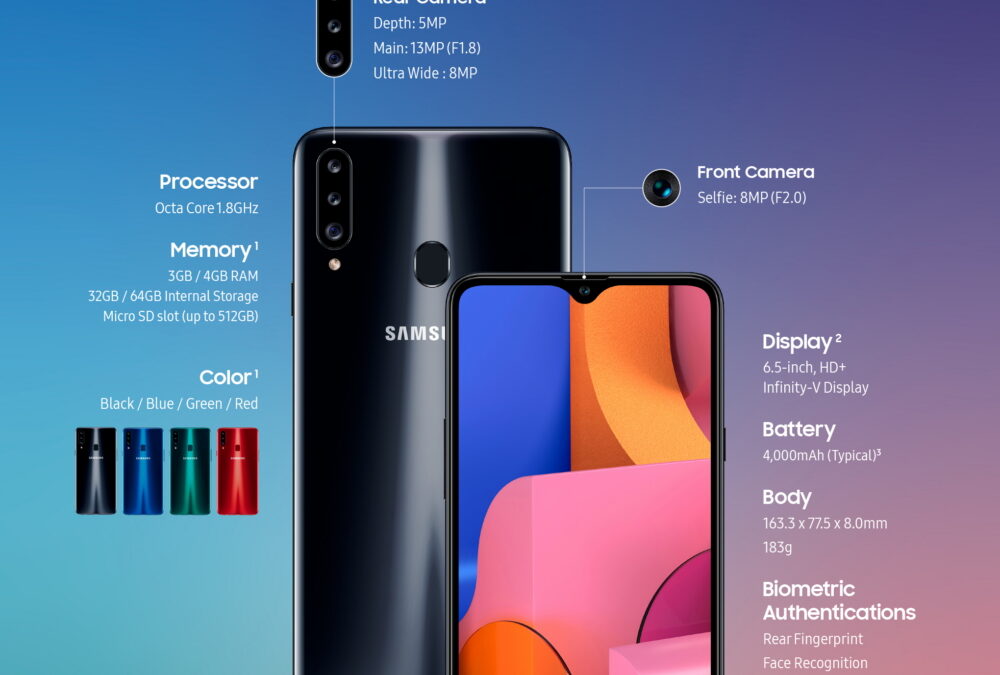 Samsung has made the Galaxy A20s official today by way of an infographic posted on the Samsung Newsroom website. The A20s is both an upgrade and a downgrade over the Galaxy A20 – it brings a triple rear camera setup, a screen that’s 0.1-inch larger, and a higher storage and RAM configuration, but swaps the AMOLED display for an LCD panel and runs on the Snapdragon 625 chipset.

Samsung isn’t actually saying if the 6.5-inch HD+ Infinity-V display is an AMOLED or LCD panel, so we’re simply assuming it’s the latter as even the Galaxy A10s comes with an LCD display. Under the hood, there’s an octa-core processor clocked at 1.8GHz – it should be the Snapdragon 625, as revealed by a benchmark listing for the device. This can also be considered a downgrade, because the Snapdragon 625 lacks any high-performance cores and is, therefore, not as powerful as the Exynos 7884 inside the Galaxy A20.

Other Galaxy A20s specs include a 4,000 mAh battery, 3GB/4GB of RAM, 32GB/64GB of expandable storage, an 8MP front camera, and a rear-facing fingerprint scanner. The triple rear cameras include a 13MP primary lens, an 8MP ultra-wide lens, and a 5-megapixel depth sensor. While the primary rear camera’s megapixel count remains the same as it was on the A20, it has received a small bump in aperture from F1.9 to F1.8 and should be slightly better in low-light conditions.

The Galaxy A20s will be sold in black, blue, green, and red color options. Samsung has not revealed any pricing or release date information. Samsung started rolling out the Android 10 update to the Galaxy A20s in various countries a few days ago. Now, …

The Galaxy A10s and Galaxy A20s have been confirmed by Samsung to arrive in Brazil. The company didn’t r …