Samsung has officially announced the Galaxy A10s. The smartphone is an iterative upgrade to the Galaxy A10 which was launched in February this year. Dual rear cameras, bigger battery, and a fingerprint scanner are some of the key highlights of the new phone.

The Galaxy A10s is the newest member of Samsung’s 2019 Galaxy A lineup. It features a 6.2-inch HD+ Infinity-V display and is powered by an octa-core processor, which is possibly a MediaTek Helio P22 SoC. It gets a 4,000mAh battery, significantly bigger than the 3,400mAh battery featured on the standard Galaxy A10. The A10s retains the 2GB+32GB memory configuration, though. The storage capacity is expandable up to 512GB via a dedicated MicroSD slot.

The Galaxy A10s features one additional camera at the back. Along with the 13MP primary shooter, it also gets a 2MP depth camera. The front camera has also been upgraded to an 8MP sensor. Furthermore, the A10s also gets a fingerprint sensor, which is missing on the A10 (the A10 only has face recognition for biometric authentications). The Galaxy A10s comes with Android 9 Pie with Samsung’s One UI on top.

As exclusively revealed by us back in May, the Galaxy A10 s comes in red, blue, green and black color options. While Samsung is yet to confirm the price and availability details of the phone, it should be available in countries like India soon. 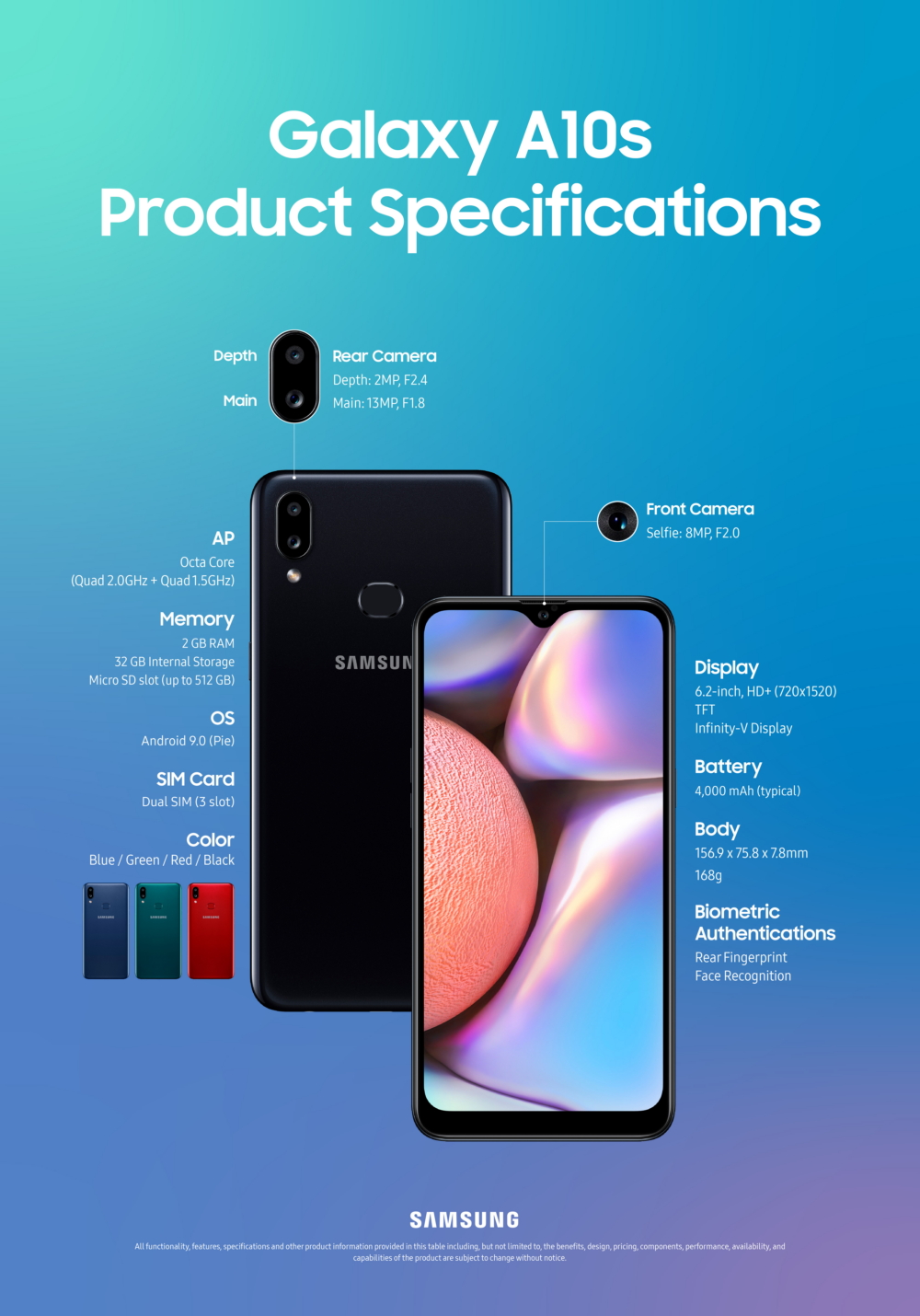