Galaxy A10s to sport fingerprint scanner and a dual camera 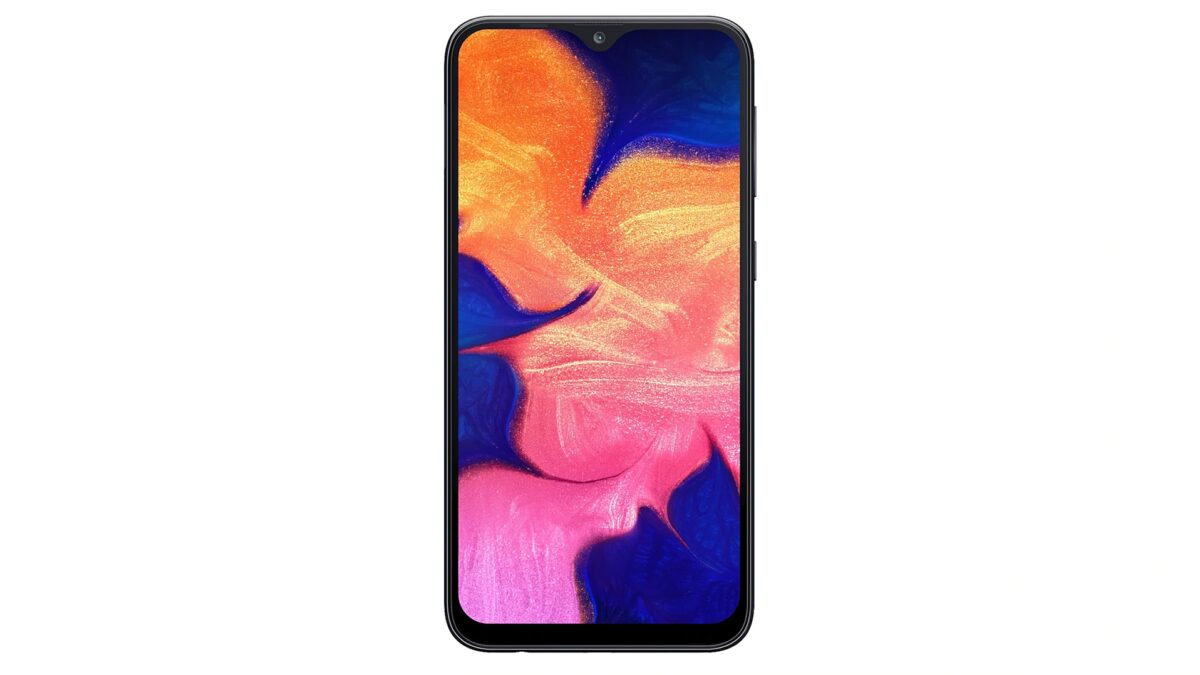 More information surrounding the upcoming Galaxy A10s has popped up over the weekend through a series of FCC documents. The papers pertain to the model number SM-A107F and reveal the smartphone’s overall dimensions along with several other features. They offer a glimpse at the rear panel’s design, which suggests that the device should now be equipped with a fingerprint sensor and possibly even two main cameras.

While the ongoing Galaxy A10 is the only device in the mid-range series to lack a fingerprint sensor, this characteristic is bound to change with the release of the upgraded model. The sketches depicting the FCC label show a clear cut-out for a rear fingerprint scanner mounted in the center.

Likewise, they indicate that the LED flash will no longer be contained within the rear camera cutout. More interestingly, the camera cutout itself has retained the shape of a rectangle with rounded corners, which strongly hints at the possibility that the Galaxy A10s will have two main cameras instead of a single sensor, much like the Galaxy A20, A20e, A30, and A40 all have. 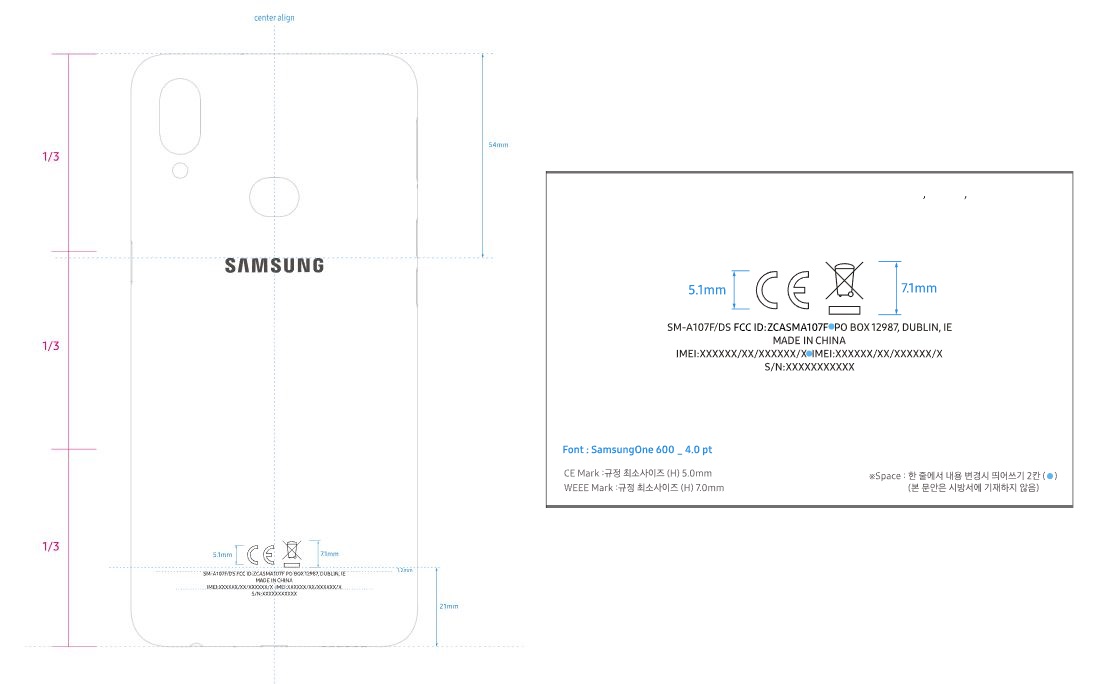 There’s no information surrounding the camera configuration, but another area in which the SM-A107F should be upgraded is the battery capacity. The phone would reportedly rely on a 3,900mAh unit – up from 3,400mAh – and its footprint is apparently just a bit taller, measuring 157mm in height, as opposed to 155mm.

Previously, we found out through our sources that the Galaxy A10s will feature 32GB of onboard memory – same as the device that it’s based on – and that it will launch in four color options: red, green, blue, and black. Furthermore, an earlier entry of the SM-A107F in Geekbench hints at 2GB of RAM, a MediaTek Helio P22 chipset, and Android 9 Pie.

It remains to be seen when and where the Galaxy A10s will become available for purchase, but seeing how it emerged from the FCC, the device is virtually one step closer to release.

Samsung has started rolling out a new software update to the Galaxy A10s that includes Android 11 and the latest security patch. The Galaxy A10s was launched in mid-2019 with Android 9-based One UI onboard, and it is now getting its last major Android OS update. In the future, it will only receive security updates. […]

It’s not easy to keep track of all the Galaxy smartphones that have received an update this month, but Galaxy A10s (SM-A107F) users can now add their phones to the list. Samsung is rolling out a new update for the Galaxy A10s that pushes the firmware version to A107FXXU6BTF1 and brings the June 2020 security patch. The […]

Samsung’s Galaxy S20 shipment figures throughout Q1 2020 were down 32.6% compared to the Galaxy S10 series last year, according to The Elec citing market research firm Omdia. By the end of the first quarter, the company shipped 8.2 million Galaxy S20, Galaxy S20+, and Galaxy S20 Ultra units combined, with the Galaxy S20+ registering […]

The Galaxy A51 was unveiled alongside the Galaxy A71 in December of last year. Since then, both mid-range smartphones have been selling well. According to a new report from market research firm Canalys, the Galaxy A51 was the best-selling Samsung smartphone in the world during Q1 2020. The report estimates that Samsung sold around 6 […]

The Android 10 and One UI 2.0 rollout for Galaxy smartphones continues: Samsung has now released the update for the Galaxy A10s, one of its most affordable A series phones from last year and sibling to the company’s top-selling smartphone globally in Q3 2019. The update is rolling out in Malaysia and comes with software […]