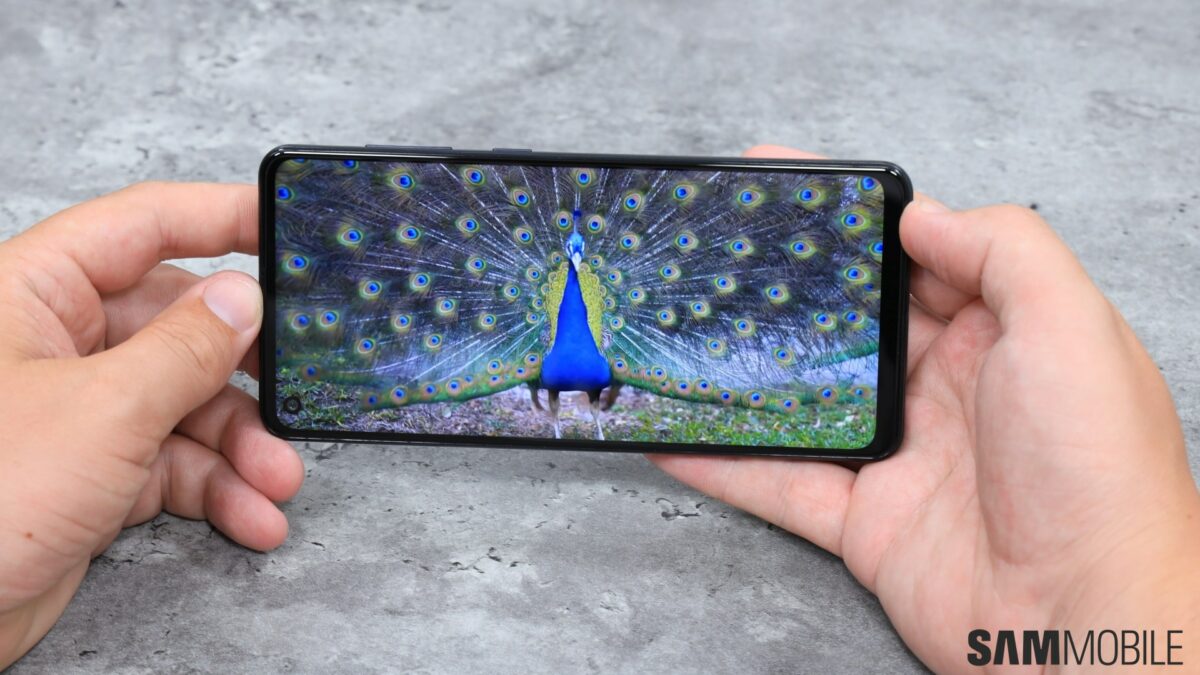 The built-in image editor keeps editing history, which means that you walk back on edits. It also offers a way to remaster old or blurry shots. You can also remove sensitive info from images, like date, time, and location, while sharing them with others. Samsung Keyboard offers Grammarly-powered language suggestions, while Samsung Internet brings better anti-tracking measures and a new search widget.

Samsung has also improved accessibility features, Picture-in-Picture, Edge Panels, and the sharing menu. You can now initiate calls directly from the messaging screen. The Camera app now has a cleaner design and starts recording videos as soon as your finger touches the shutter button. Earlier, the video started recording after your finger left the shutter button.

If you live in Russia and have a Galaxy A21s, you can download and install the Android 12 update by navigating to Settings » Software update and tapping on Download and install. You can also download the new firmware file from our database and flash it manually. The phone was launched with Android 10 and has received two major OS updates. It might not get the Android 13 update.