Samsung Galaxy A21s review: Only worth it for outstanding battery life 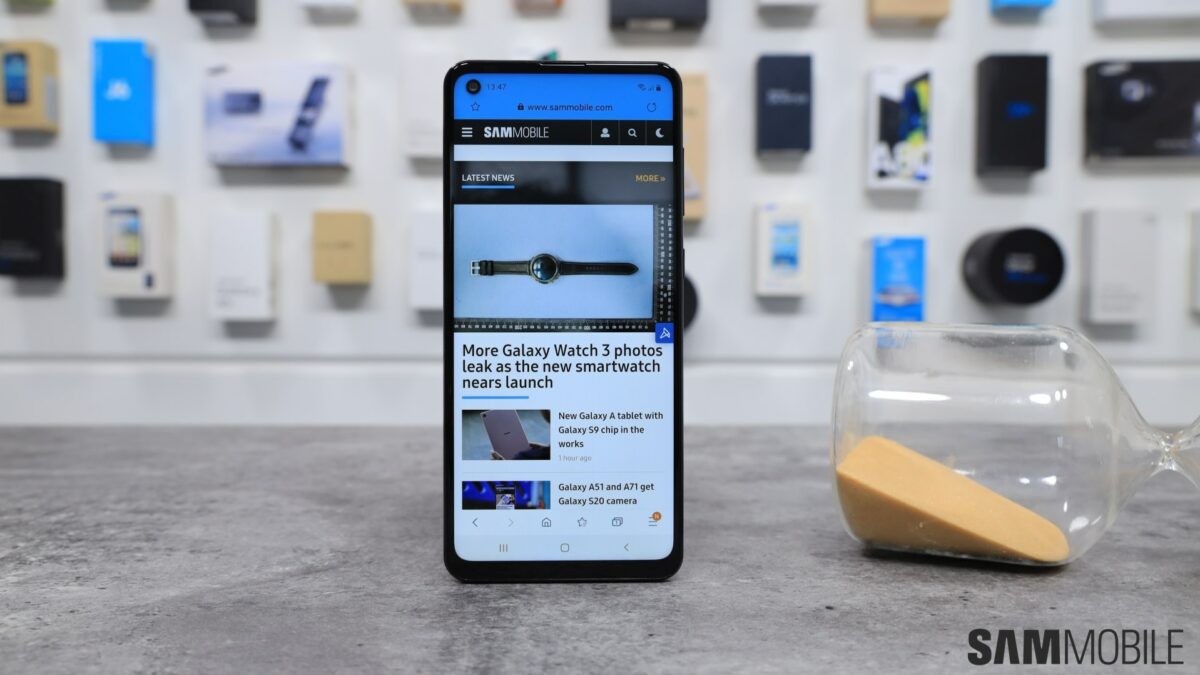 The Galaxy A21s is one of the cheapest phones in Samsung’s 2020 A series lineup. It’s special for two reasons: It has a 5,000 mAh battery under the hood, and it is powered by the Exynos 850 processor. The Exynos 850 is the first low-end chipset that Samsung has built on its 8nm process node, which was also used for the Galaxy S10’s Exynos 9820 last year. It should be pretty efficient as a result, and pairing it with a massive battery was a smart move.

But battery life is not the only thing one looks for in a smartphone. People also want a beautiful display, good cameras, and fast performance, even in affordable phones. How does the Galaxy A21s fare in all those departments? The answer to that question is already somewhat answered in this review’s title, but you will need to continue reading for the nitty-gritty details. 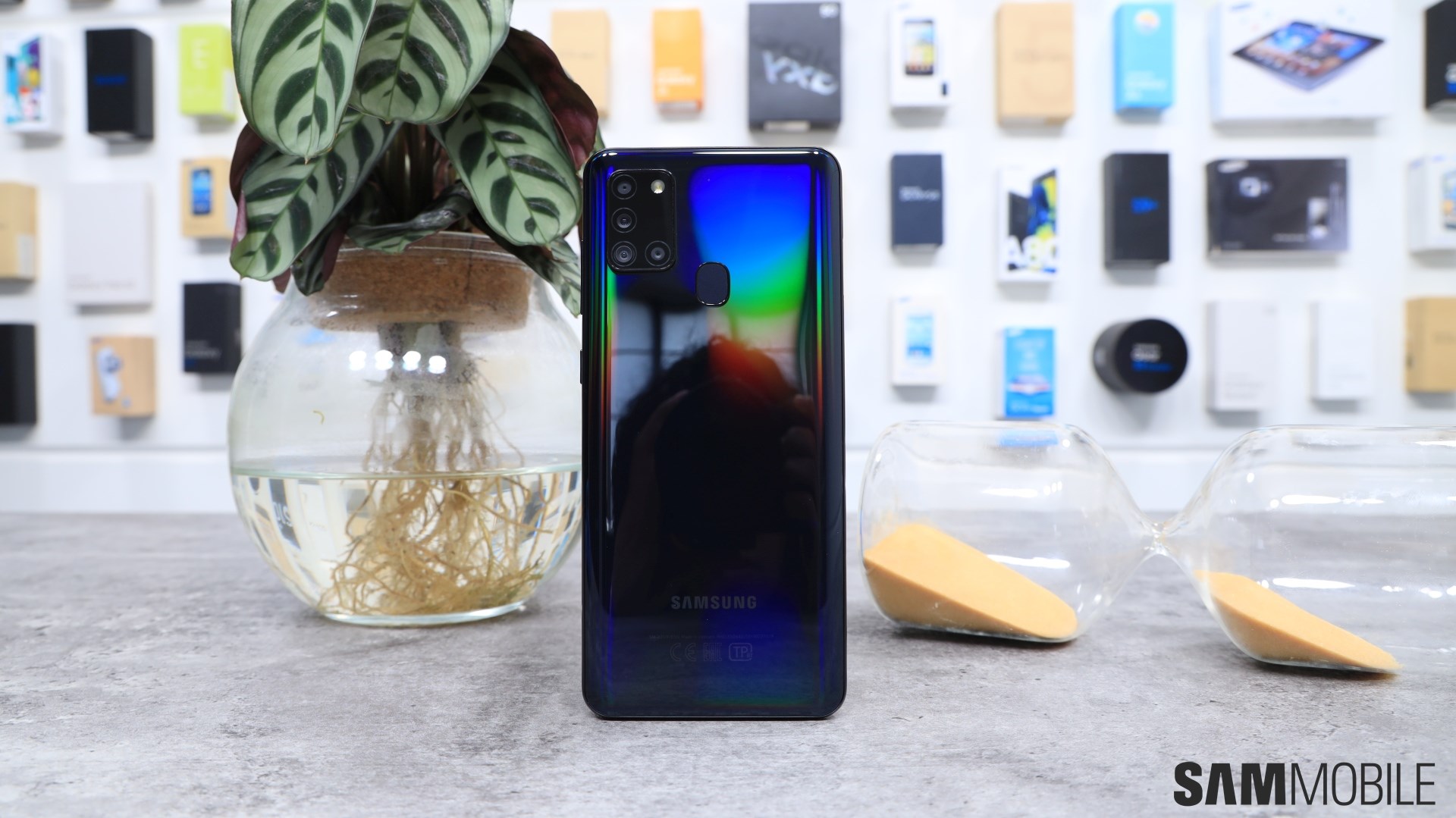 The A21s has the run-of-the-mill design that we have come to expect from Samsung’s affordable mid-range phones. The phone has a plastic back with a gradient finish that reflects light beautifully. The back is completely plain, with none of the engravings and patterns you see on devices like the Galaxy A51. It’s a classy look, and the phone also feels good in the hand, partly because of the heft that results from the 5,000 mAh battery inside.

Unfortunately, the front side of the phone is a different story. The 6.5-inch Infinity-O display, with its punch hole in the left corner, is an LCD panel and has HD+ resolution, so it’s somewhat drab and not very sharp. The Galaxy A20s had the exact same display, so there’s no upgrade here. I mean, the display gets the job done, but an AMOLED display would have been much better and would have considerably elevated the viewing experience. 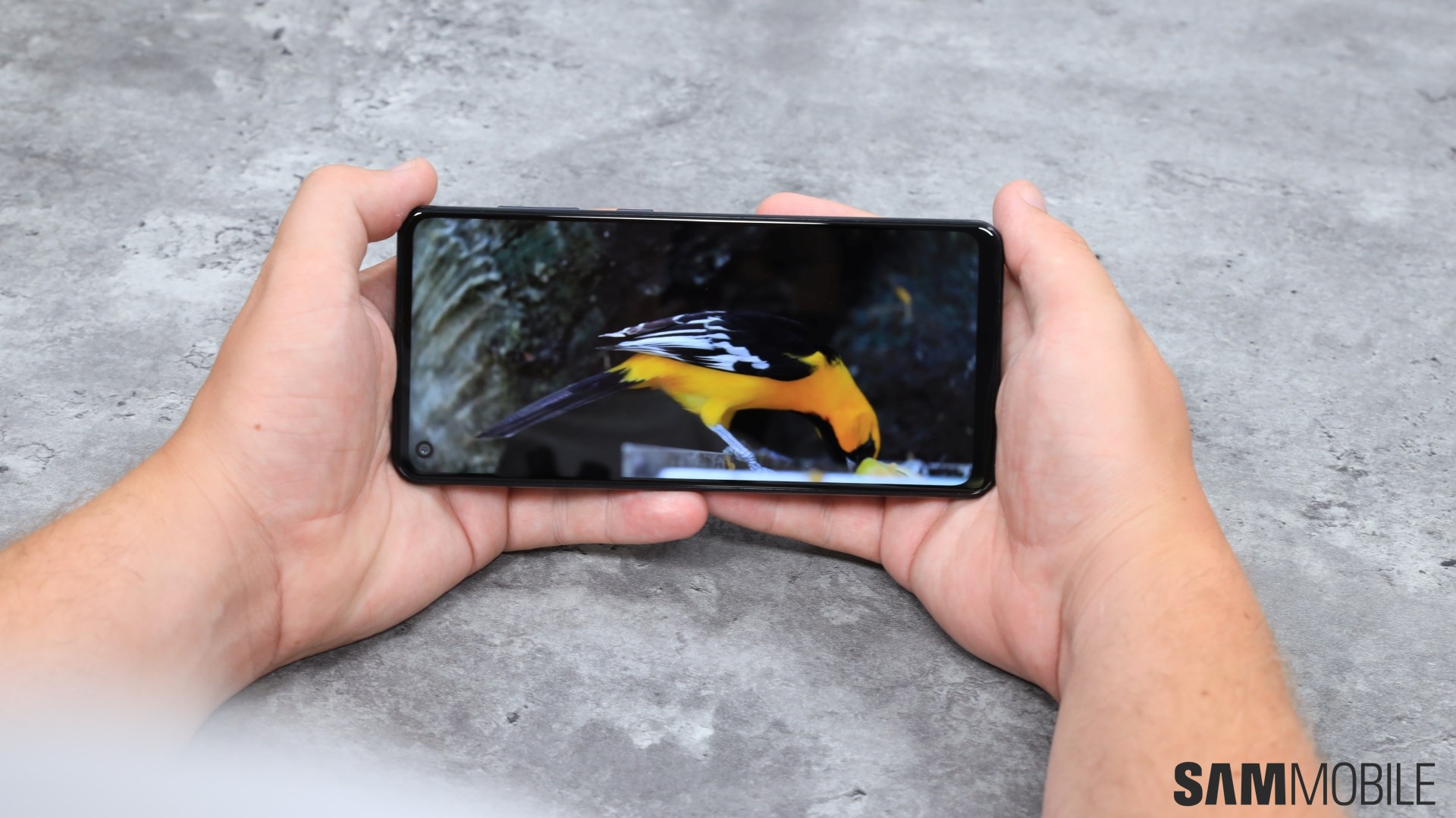 The Galaxy A21s has a rear-facing physical fingerprint reader. While Samsung has massively improved the responsiveness and accuracy of its in-display fingerprint sensors this year, I still think the physical reader is an advantage for any phone that has it. It’s not fancy, but it is the fastest and most accurate fingerprint recognition tech out there, except for the obvious disadvantage that it’s placed at the back and requires one to pick the phone up before it can be used. 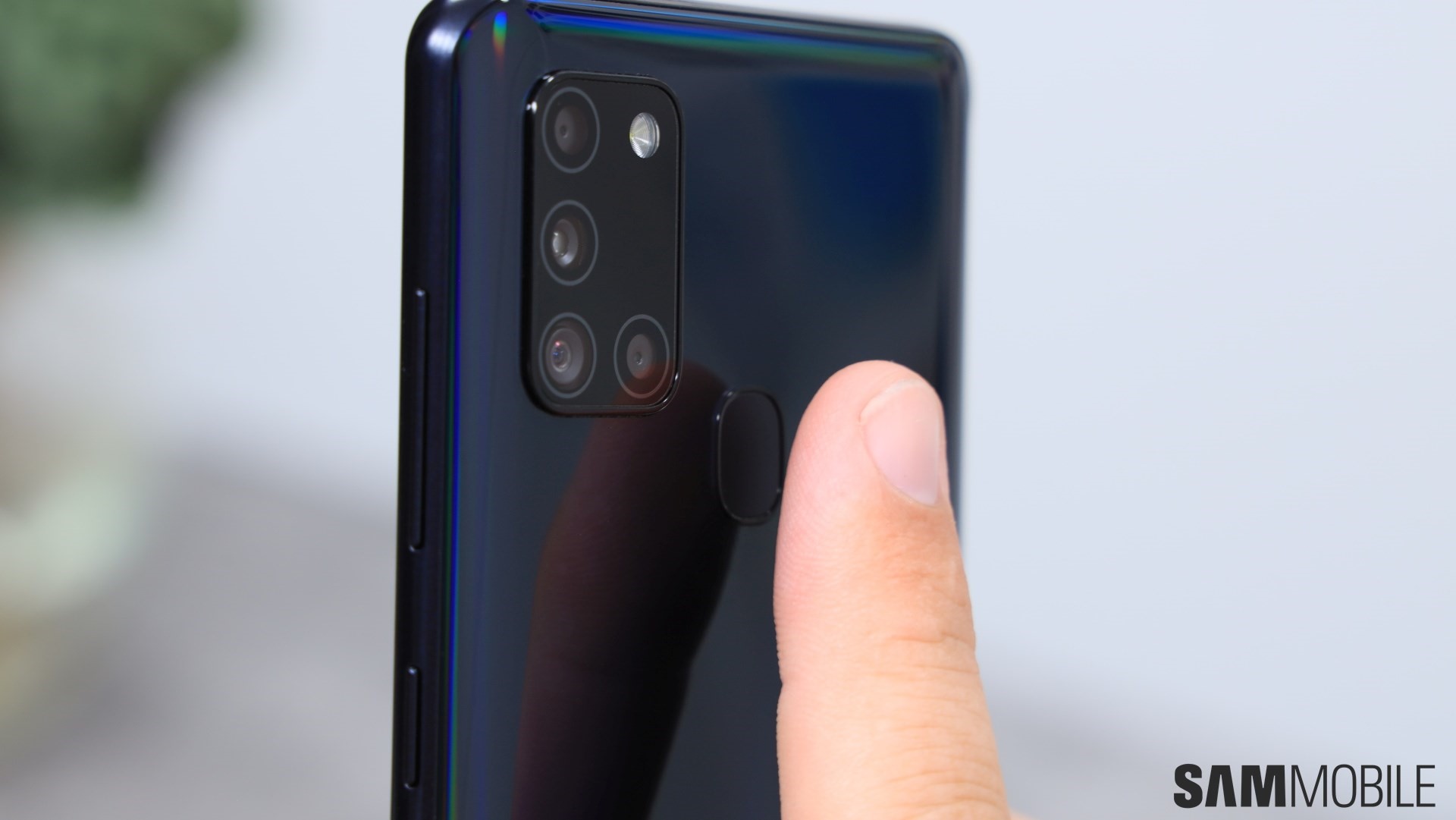 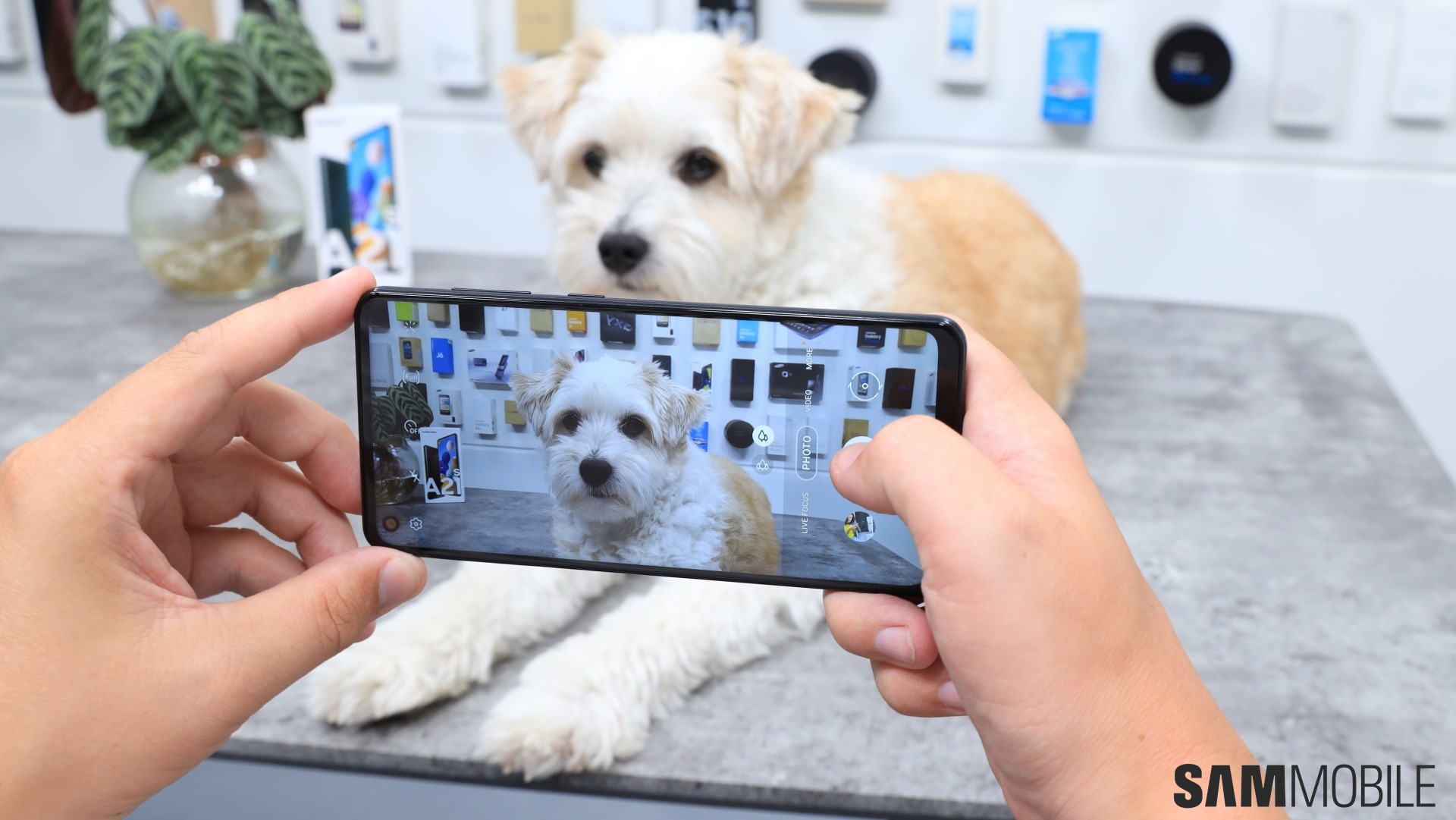 The Galaxy A21s has four rear cameras. But unlike the costlier A series phones, two of them — the depth and macro cameras — have measly 2-megapixel sensors. The depth camera is only used for background blur in bokeh photos and works fine despite the limited resolution, but the macro photos have pretty much no detail to offer. And since it’s a fixed-focus lens, it’s hard to get the distance to the subject just right with the macro camera, and that often means you will end up getting out-of-focus pictures. The macro camera is there if you need it, but its quality leaves much to be desired.

The main camera, which has 48 megapixels to work with, takes photos with excellent detail and vibrant colors in the daytime. Dynamic range is usually pretty good as well. Nighttime performance is underwhelming, however. Detail is lost when you take photos indoors in artificial lighting, and noise creeps in when you take a low-light picture. Like the Galaxy A31 and A41, the A21s has no dedicated Night mode, so there’s no way to manually improve the quality of low-light pics. The phone also lacks other modes such as slow motion and hyperlapse.

The ultra-wide camera is quite useful, though its picture quality is strictly average. Selfies with the 13MP camera have sufficient detail and accurate colors, but there’s plenty of noise in low-light conditions and the detail gets almost completely destroyed. Nothing unique here – it’s just how selfie cameras in this segment tend to perform no matter which phone you might pick up. And yes, you can take bokeh photos with the Live Focus mode on the front camera as well. You can adjust the level of background blur on the fly or after taking a photo, but there are no background effects to choose from.

Below are some regular, ultra-wide, macro, bokeh, and selfie pictures for you to enjoy. 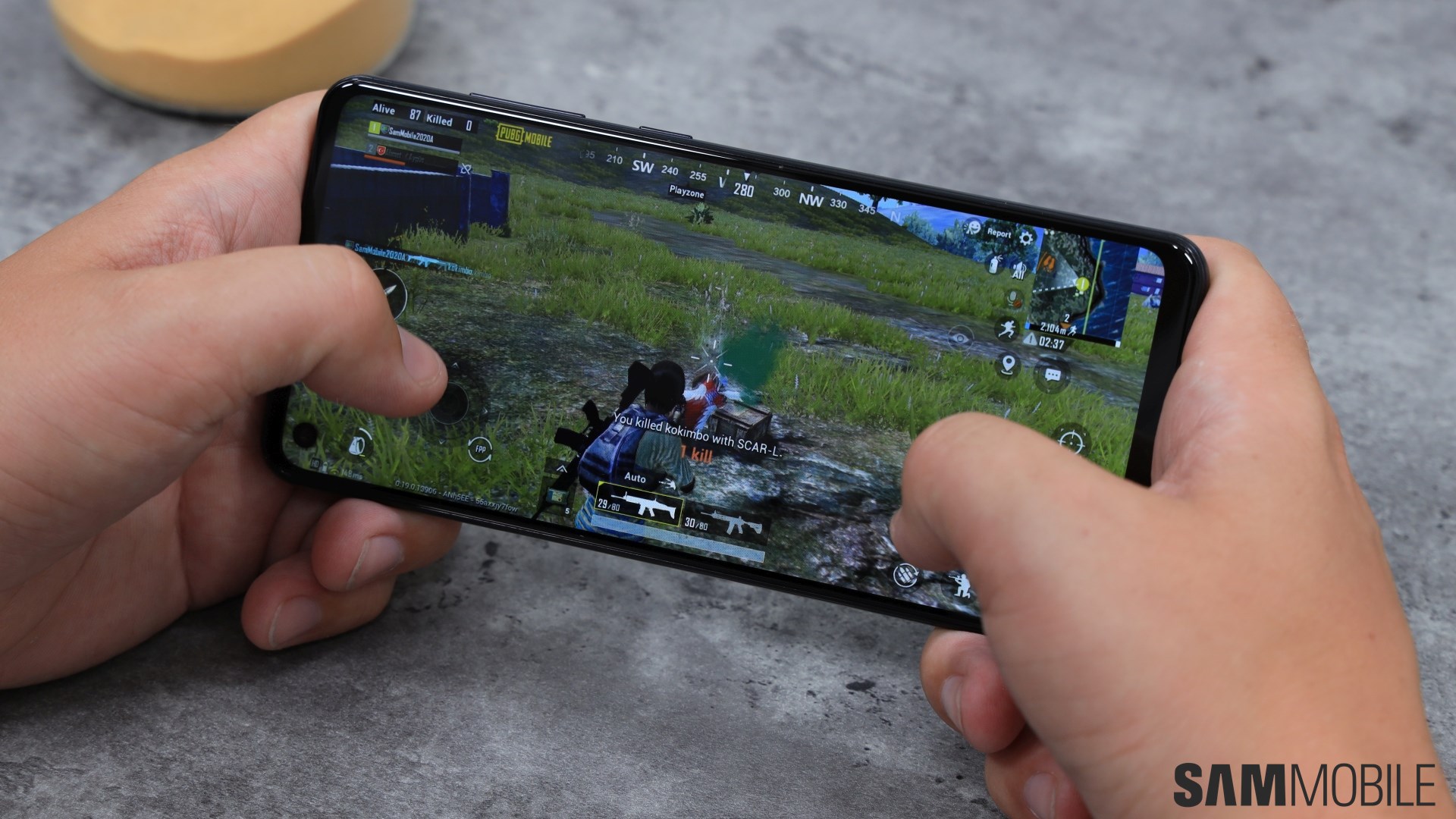 The Exynos 850 inside the Galaxy A21s is efficient, but its performance is barely satisfactory. I saw lag in everything I tried to do, whether it be opening apps, switching between apps, or going to the home screen. Clicking a link inside an app like Slack would sometimes result in almost a two-second wait before the browser opened, which frustrated me because I felt like it slowed down my work. My review unit had 3GB of RAM, but the variant with 4GB RAM that we have in our office in the Netherlands isn’t any better.

Oddly enough, you can play PUBG and Call of Duty at the minimum graphics settings with a somewhat smooth frame rate. I am guessing the low screen resolution doesn’t tax the GPU too much, but again, you need to be at the lowest graphical settings to get the playable frame rate. Anything above low and the frame rate slows down to a crawl. Simpler games, like Clash of Clans or Monument Valley, run like a charm, as you would expect from any smartphone in this day and age.

To be honest, performance on the A21s isn’t that bad, but you have to consider the fact that Samsung is selling devices like the Galaxy M21 and M31 in the same segment. Both those phones offer considerably better performance and specs. In India, the M21 is considerably cheaper than the A21s and the M31 is also slightly cheaper, making them better options. In many European and Asian markets, the M21 and M31 are barely €10-20 costlier than the A21s, making this A series phone a questionable entry in this price segment (a point I will revisit in the verdict of this review). 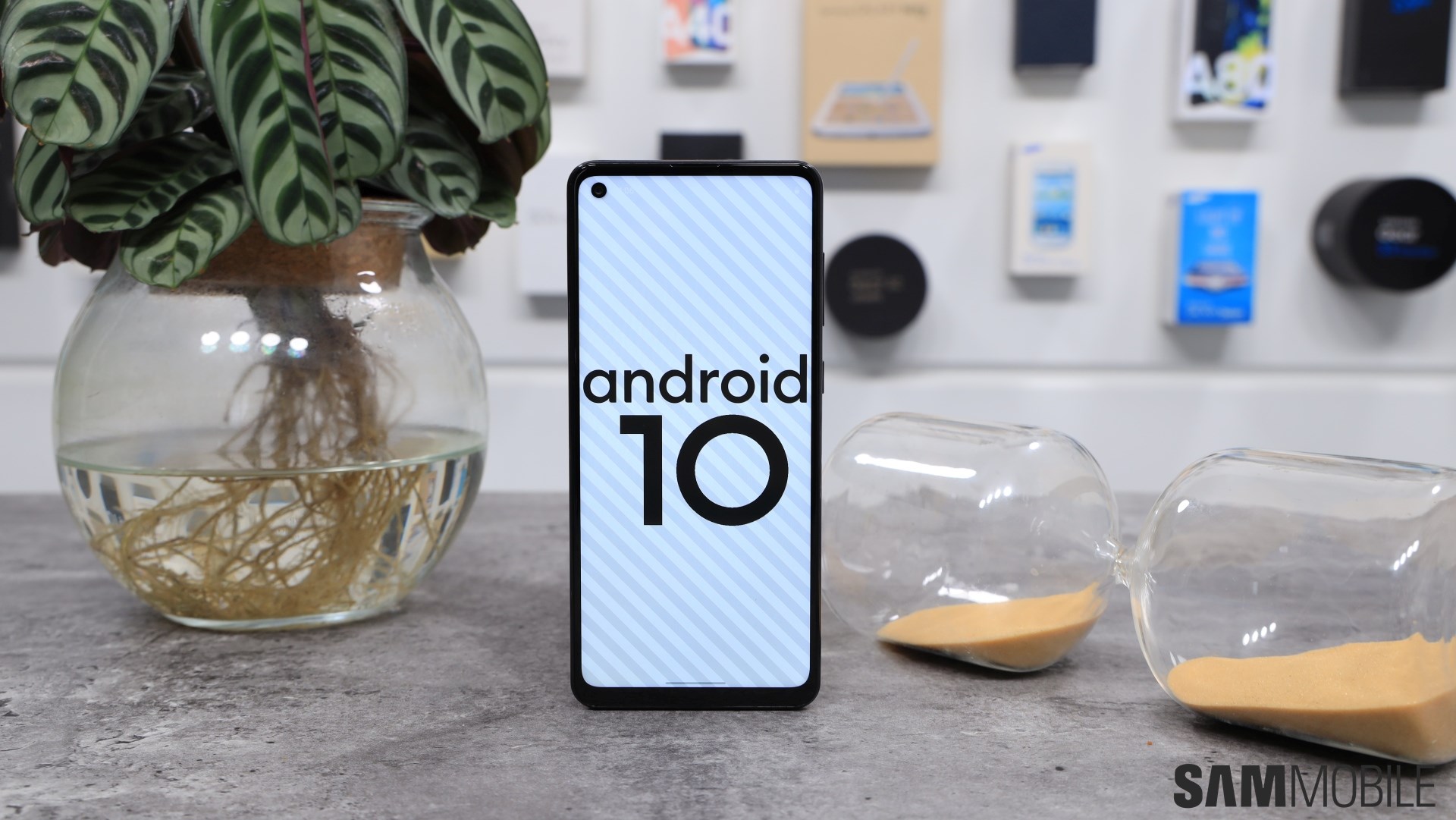 The Galaxy A21s has the distinction of being the first Galaxy phone to run the Core version of One UI 2.1. The Core tag means it only has the most basic of features, similar to the Galaxy M series phones. You don’t get traditional Samsung features like Always On Display or Secure Folder, which are available on Galaxy M phones, nor are there newer features like One UI 2.0’s screen recorder. One UI 2.1’s excellent sharing functionality is included, but it’s a barebones software experience overall, as one expects from Galaxy devices in the lower end of the price scale.

Naturally, Android 10 features like Digital Wellbeing and Google’s navigation gestures are included, and so are Samsung features like theme support, Dual Messenger, Game Launcher, and One-handed mode. The Galaxy A21s should get the Android 11 and One UI 3.0 update at some point, and we can expect it to be updated to Android 12 as well. Samsung will be pushing out new security updates to the device every three months. Security updates should arrive with that frequency for at least three years. 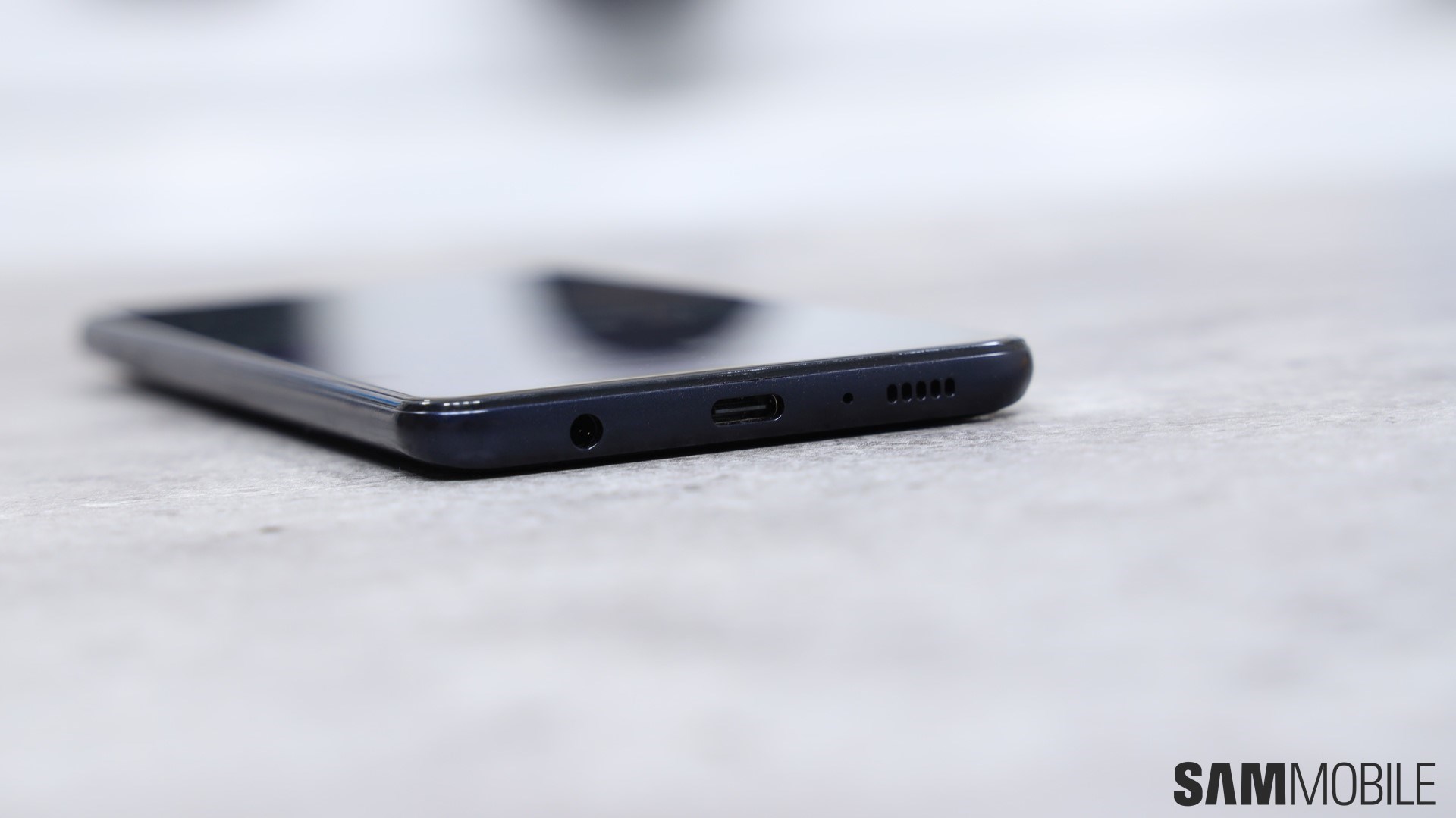 The Galaxy A21s doesn’t come with any earphones in the box, so you’re left with just the phone’s speaker unless you have your own headphones. The speaker is of the usual budget quality, with volume that is only enough for a small quiet room but without any distortion affecting the sound at even maximum volume. There’s Dolby Atmos support, which works over wired and Bluetooth audio and enhances the stereo and surround effect when enabled. Calls went through and came in just fine on the A21s, with no issues with voice quality on either side. Network performance was great as well, with excellent signal strength on both of my SIM cards. 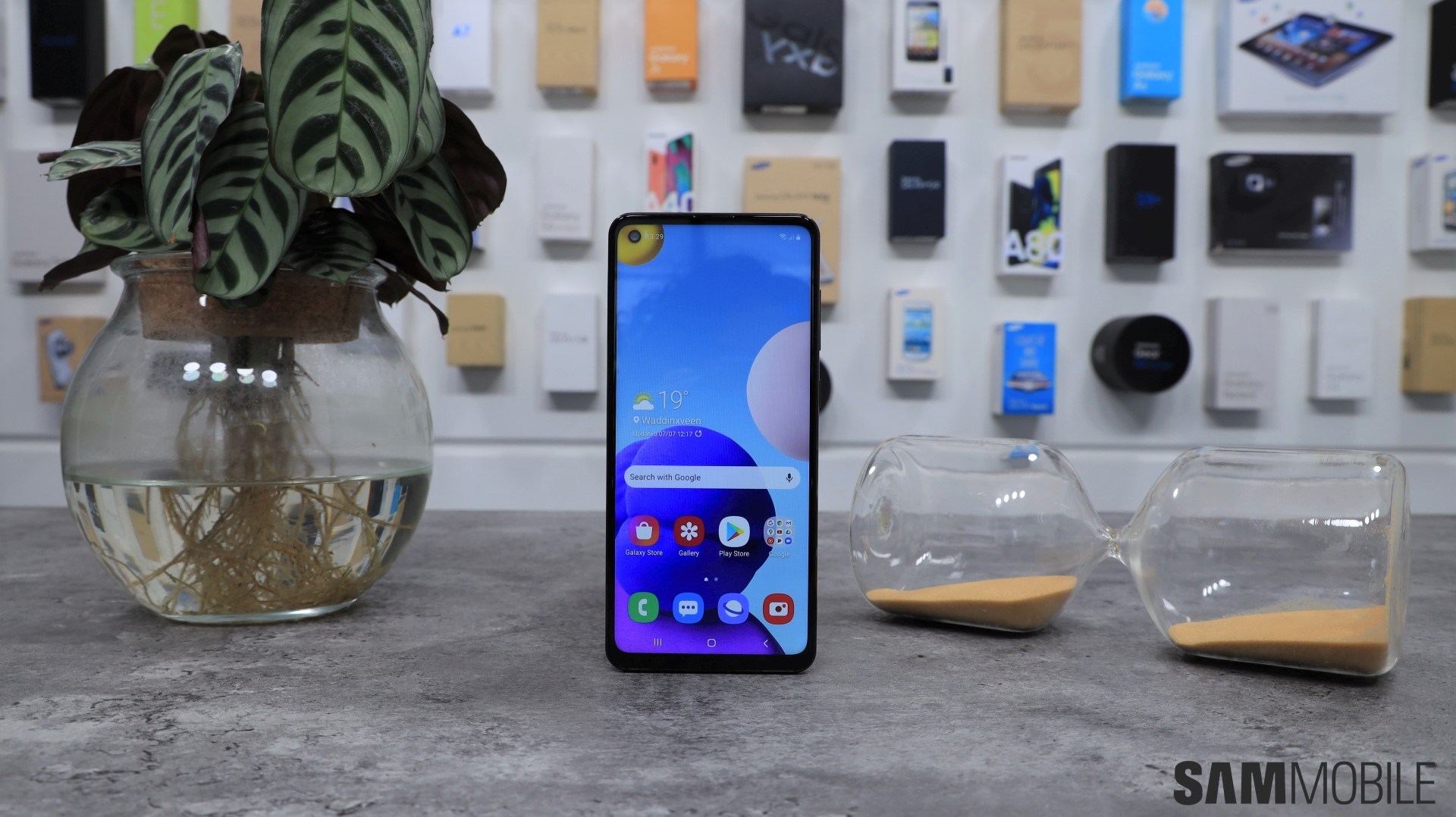 The Exynos 850, as mentioned earlier, is Samsung’s first low-end chip to be built on the company’s 8nm process, and it’s really, really efficient. The A21s lasted for almost two full days after the first full charge, which was mighty impressive. You will find it near impossible to drain the A21s in a single day even with the most heavy use. The epic battery life is easily this phone’s most attractive feature. The A21s lasts longer than the Galaxy M31 does with a 6,000 mAh battery, no doubt because its 5,000 mAh battery has a more efficient processor and a lower screen resolution helping it along.

The Galaxy A21s supports 15W fast charging, and the battery goes from 0 to 100 in a little over two hours. That’s similar to what we see on other budget Galaxy phones with 5,000 mAh batteries and is more than enough considering how the battery life is so awesome. 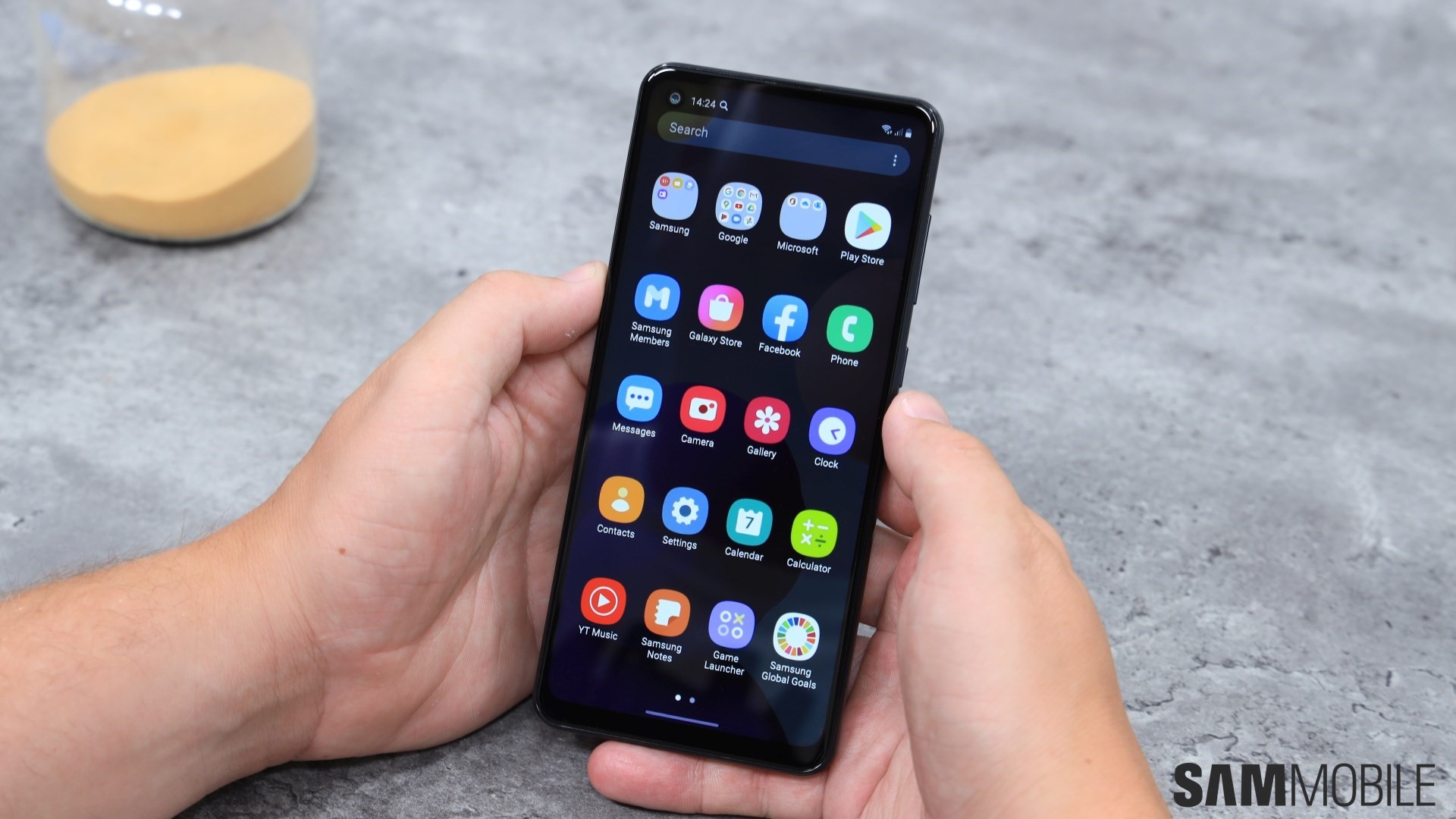 If battery life is a priority for you, then you may be perfectly happy with the Galaxy A21s. However, if you live in a market where Samsung has either the Galaxy M21 or Galaxy M31 on sale, then the A21s is a phone you should completely ignore. Save some money and go for either of the M series phones, or maybe even take a look at the Galaxy A31 (read our review here) if it’s available in your country. All those phones are much, much better for just a little extra money and make the Galaxy A21s seem like an unnecessary phone.