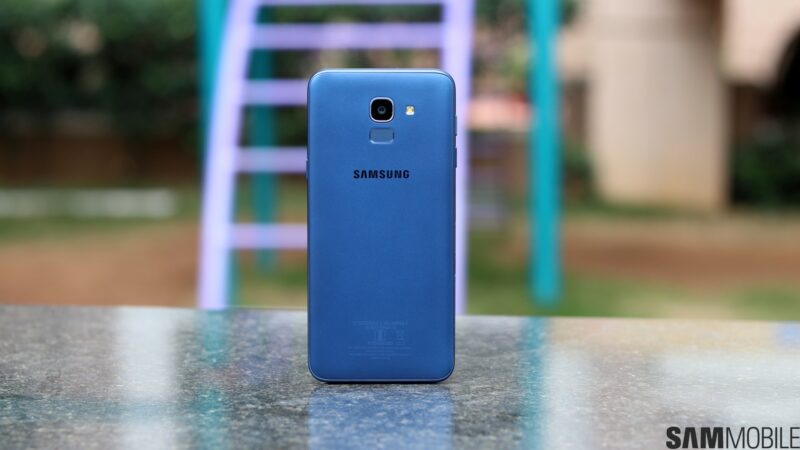 The cheapest Samsung smartphone with an Infinity Display, the Galaxy J6, is receiving a new firmware update today. Samsung has done a reasonable job of ensuring that the handset remains up-to-date on the software front. The latest Galaxy J6 update has now been rolled out in Europe. The security maintenance release brings the latest security patch for the month of August 2018.

We concluded in our Galaxy J6 review that it’s easier to ignore the shortcomings of Samsung’s budget handsets with this device. That’s because some of its features do live up to expectations and deliver what the company promises. It gets brownie points for the Infinity Display and praise for its performance in this particular segment.

Be that as it may, the Galaxy J6 is still a budget smartphone so the specs are nothing to write home about. If you’re in the market for an affordable device that’s compact but also has a large display, can last through the day and holds its own in day-to-day tasks, then do consider the Galaxy J6.

Italy is the first market in Europe to receive this latest Galaxy J6 update. Firmware version J600FNXXU3ARH1 is now being rolled out for the handset over-the-air. It’s also available for download from our firmware section.

The security patch for the month of August 2018 includes fixes for four critical Android OS vulnerabilities as well as dozens of high and moderate-risk vulnerabilities. Fixes for 11 Samsung Vulnerabilities and Exposures items found in the company’s proprietary software are included as well.

The other affordable devices that have received the latest security patch so far include the Galaxy A5 (2016). Samsung will gradually release this update in other markets as well where the Galaxy J6 is available.