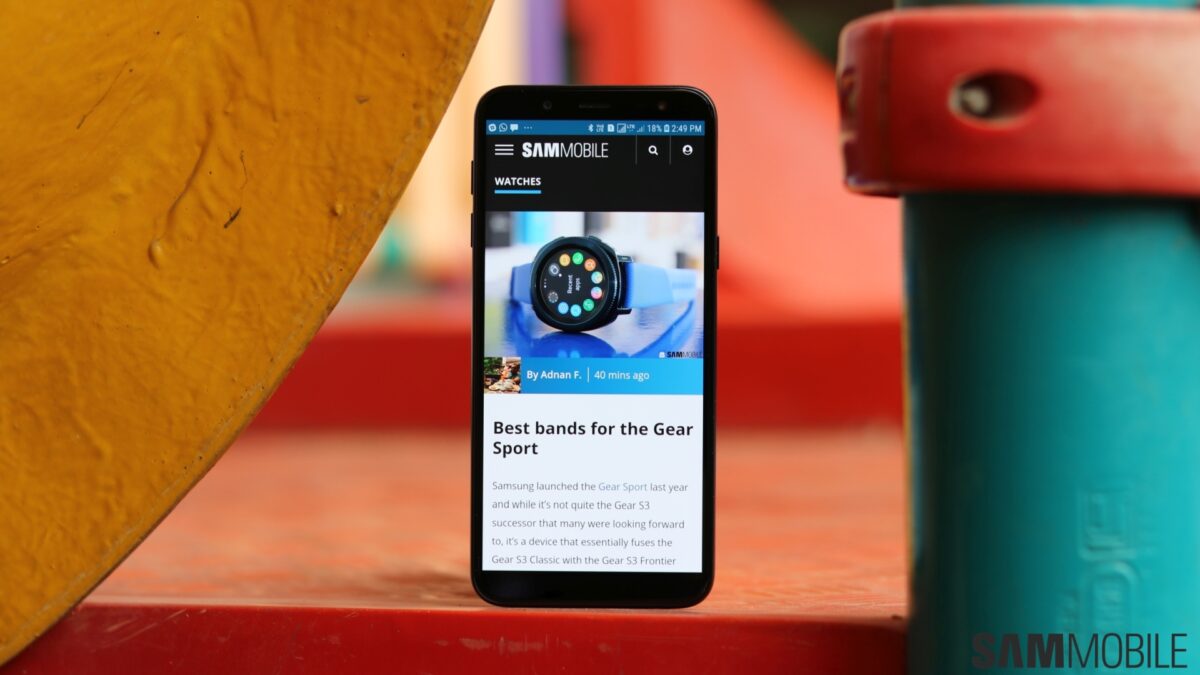 Samsung has released the Android Pie update for the Galaxy J6 in the Indian market. The J6 received its first Pie update in Italy earlier this month, and it’s not surprising to see Samsung has released it in India soon after, as the Galaxy J6 and Galaxy J8 were big hits in the country. The Galaxy J8 hasn’t been updated to Pie in India yet, but it shouldn’t take very long for that to change.

The Galaxy J6 Pie update for India comes with software version J600GDXU3BSD9. It should have most of the Android Pie features you expect, many of which you can read about in our One UI (Android Pie) feature focus series of articles, along with the beautiful new One UI interface. What the update doesn’t have is the latest security patch, but that’s not something that will concern most users now that they can use Android Pie on their Galaxy J6.

To update your Galaxy J6 over the air, open the phone’s settings, tap Software update, then tap Download updates manually. The update should start downloading after a few seconds; if it doesn’t and you don’t feel like waiting, you can download the Android Pie firmware from our database and flash it on your Galaxy J6.