Samsung has revealed that the Galaxy J6 and Galaxy J8 have collectively sold more than two million units in India since they went on sale. Samsung isn’t assigning individual figures to either device, but we’re guessing the Galaxy J6 was the more popular model, partly because it went on sale a month ahead of the Galaxy J8.

Galaxy J6 and Galaxy J8 hit it big in India

The Galaxy J6 is indeed one of Samsung’s best affordable Android phones in recent years, one that we can easily recommend. The Galaxy J8 doesn’t offer as much value, as you will find out in our upcoming review. Both devices do stand out thanks to the Infinity displays, however. Chinese OEMs were quick to switch to the so-called all-screen design for their budget phones in India, and Samsung didn’t take long to counter those with its own offerings. These phones also get a few India-specific features, like the ability to respond to SMS and WhatsApp messages while watching a video and the Samsung Mall app, which acts as a one-stop store for various popular online retail websites.

It’s unclear if the Galaxy J6 and J8 had a major role in helping Samsung recapture its share in India. Since the Galaxy J8 was released nearly a month after the Galaxy J6, it’s likely the latter had a bigger hand. Samsung also says the Galaxy A6 and Galaxy A6+ have seen “equally buoyant demand,” which is rather surprising considering neither phone is priced well enough to be truly attractive to consumers in a price-sensitive market like India.

Have you purchased a Galaxy J6 or Galaxy J8? 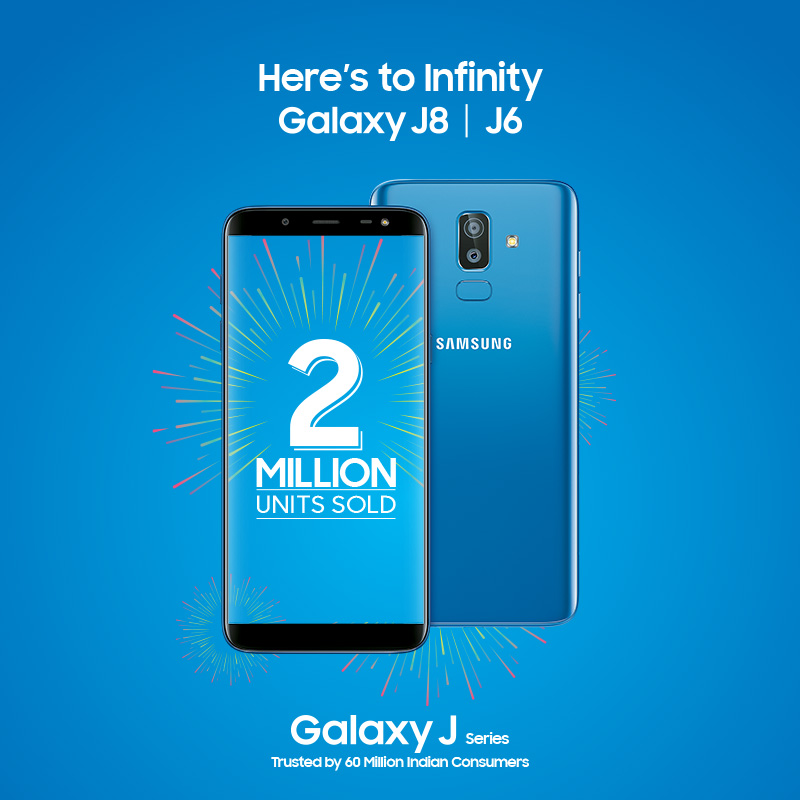