Samsung Galaxy A6 review: An expensive mix between budget and mid-range

With the Galaxy A6 and Galaxy A6+, Samsung is trying to achieve a middle ground between budget and mid-range smartphones. These are interesting devices that have the potential to be the perfect phone for a certain kind of consumers. We have already reviewed the Galaxy A6+, and before we can explain who should consider buying its smaller cousin, a short introduction of the Galaxy A6 is in order.

The Galaxy A6 is interesting for the fact that it is the cheapest Galaxy phone that has an Infinity display and a metal build. But the question arises: Just how much has Samsung had to sacrifice in other areas to have arrived at the €300 price tag?

Let’s find out in our Galaxy A6 review. 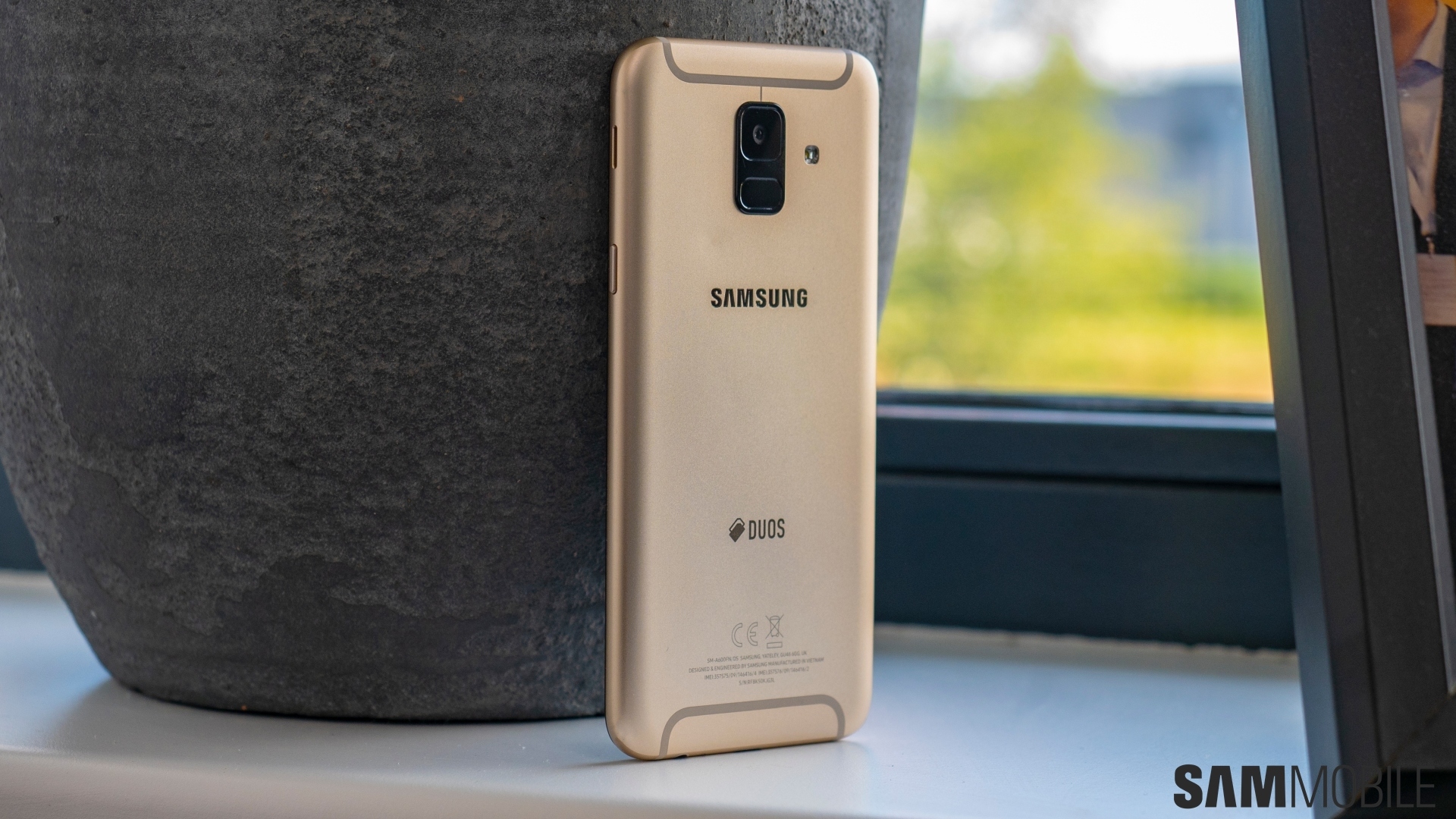 The Galaxy A6 has a compact and comfortable body for people with average-sized hands. The metal on the phone gives it a premium feel, and at least three people I asked guessed its price to be above €350. Of course, the downside to the metal build is how easy it is for you to drop the device.

The fingerprint scanner is placed at the back, below the rear camera. Reaching the fingerprint sensor is easy, but there’s one problem. After tapping the scanner, the phone sometimes took several seconds to react and unlock the device. Waiting for more than a second is too long when you want to unlock your phone, and it’s a disadvantage the Galaxy A6+ suffers from as well. 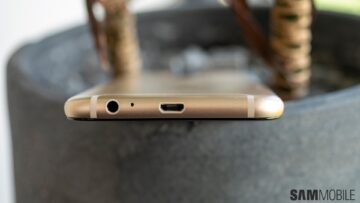 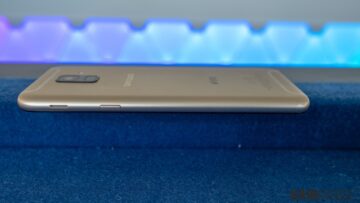 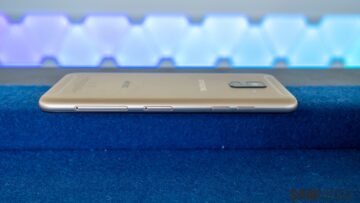 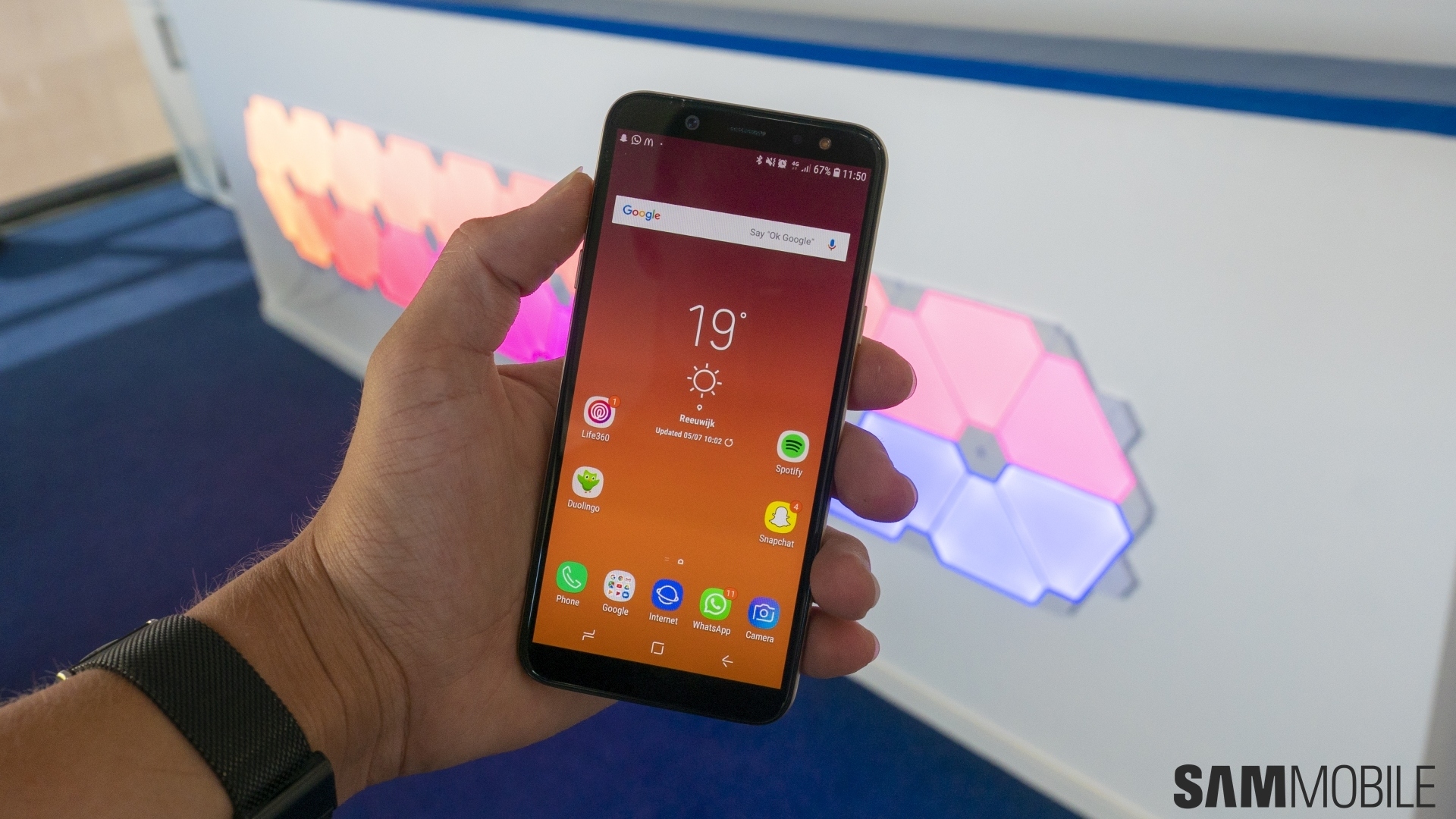 The 5.6-inch Super AMOLED Infinity display on the Galaxy A6 is tolerable, but not exactly everything it could be. For example, there’s no Always On Display feature, despite it being available on the A6+. The screen also isn’t sharp enough. The HD+ resolution is good enough for the screen size, but I expected more for €300.

The colors on the A6 display are what you would expect from an AMOLED panel, though it’s not too vivid. You have full customization for the screen mode in the display settings. There are the usual presets, such as AMOLED Cinema or Basic (Basic is the most realistic), and you can also switch between a cool and warm look for the entire screen.

The bezels are acceptable, but Samsung needs to make them even smaller for a better ‘Infinity’ look. The software navigation keys work well, though I kept reaching for a home button to turn on the phone. That’s something most consumers moving from a traditional Galaxy device to one with an Infinity display will have to go through thanks to the lack of a physical home button. 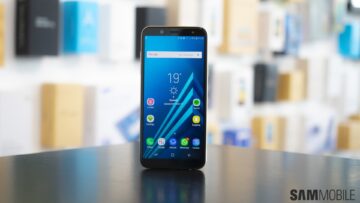 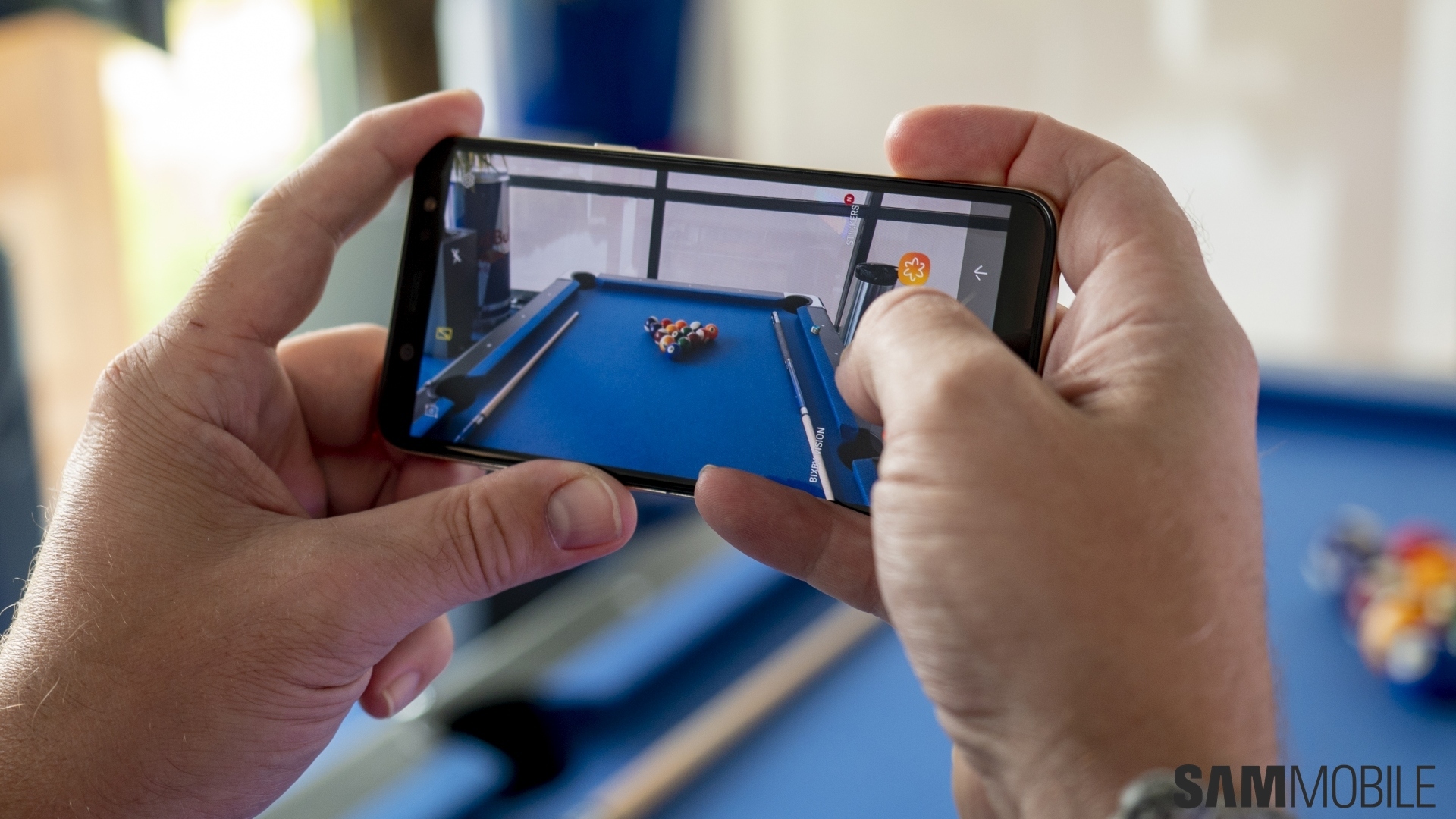 The 16-megapixel rear camera on the Galaxy A6 takes pictures with plenty of detail and pretty colors with good lighting. Dynamic range is decent, and the dedicated HDR mode can make it even better. And while the camera app feels rather responsive in saving pictures, the lack of optical image stabilization means a little movement can blur photos easily. As expected, in not-so-good lighting, there’s less detail. It’s respectable enough as long as you’re not shooting in the dark, though quite a bit of noise can creep in. The night modes helps in taking better pictures in low-light conditions, but it can take a few seconds so you have to hold the phone steady.

The 16-megapixel selfie camera takes pictures that look good in well-lit environments, though the pictures don’t come out as sharp as you expect from a 16 MP sensor. Indoors, especially in extra dim conditions, selfies have more noise and way less detail. The front-facing flash helps and has three levels of brightness, but a flash in your face can be quite annoying in my opinion. There’s also a Selfie focus mode for taking bokeh selfies, but it’s software-based and is unable to always detect the edges of the face properly. 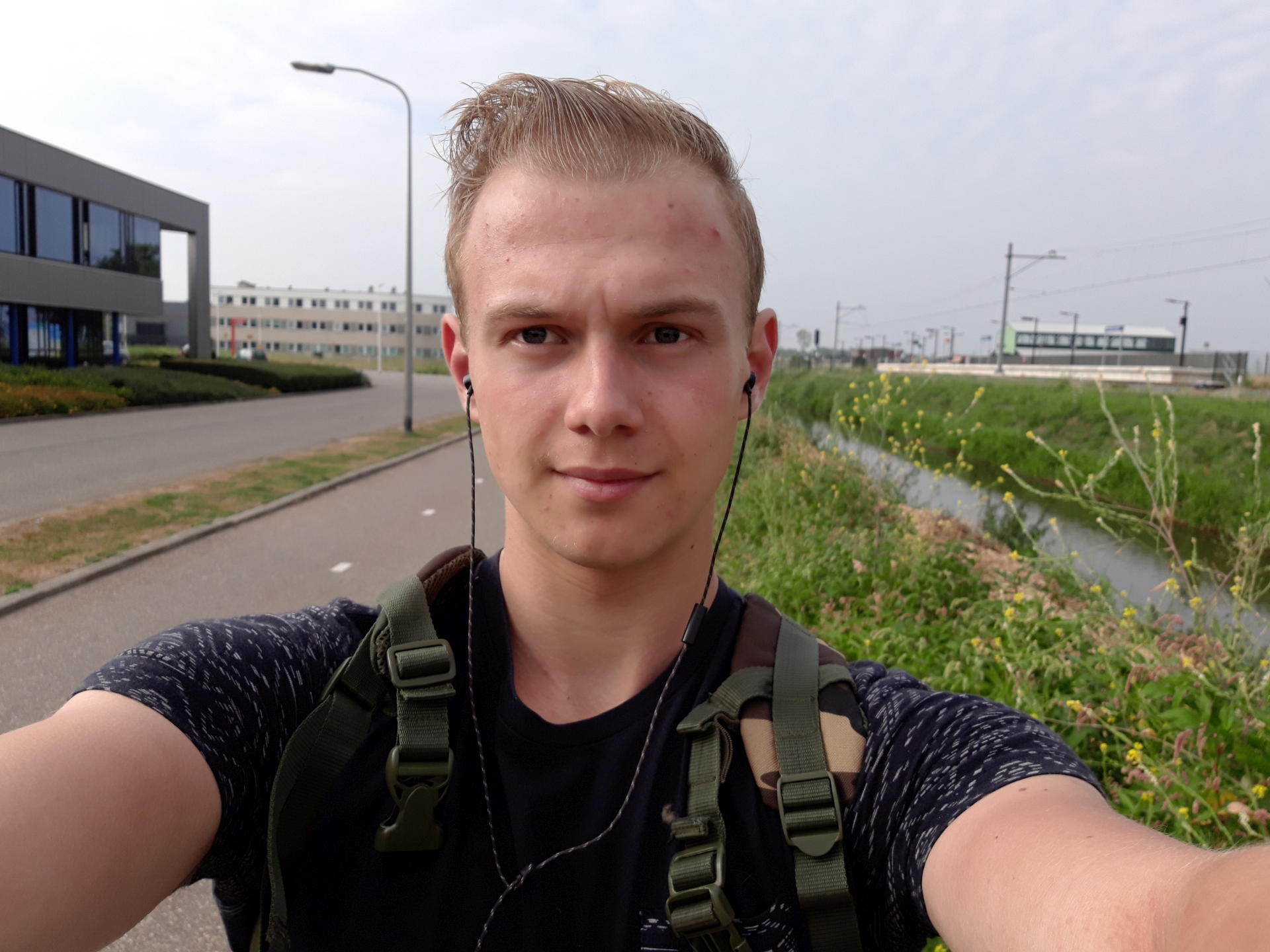 Videos are shot at Full HD resolution and have some camera shake, but they look good in other aspects. Of course, noise levels increase as you turn the lights down. Like the A6+, the A6 doesn’t get the new camera app that debuted on the Galaxy S9. It’s an odd omission as the cheaper Galaxy J6 has it, and it was also released for the Galaxy A8 (2018) through the Oreo update. 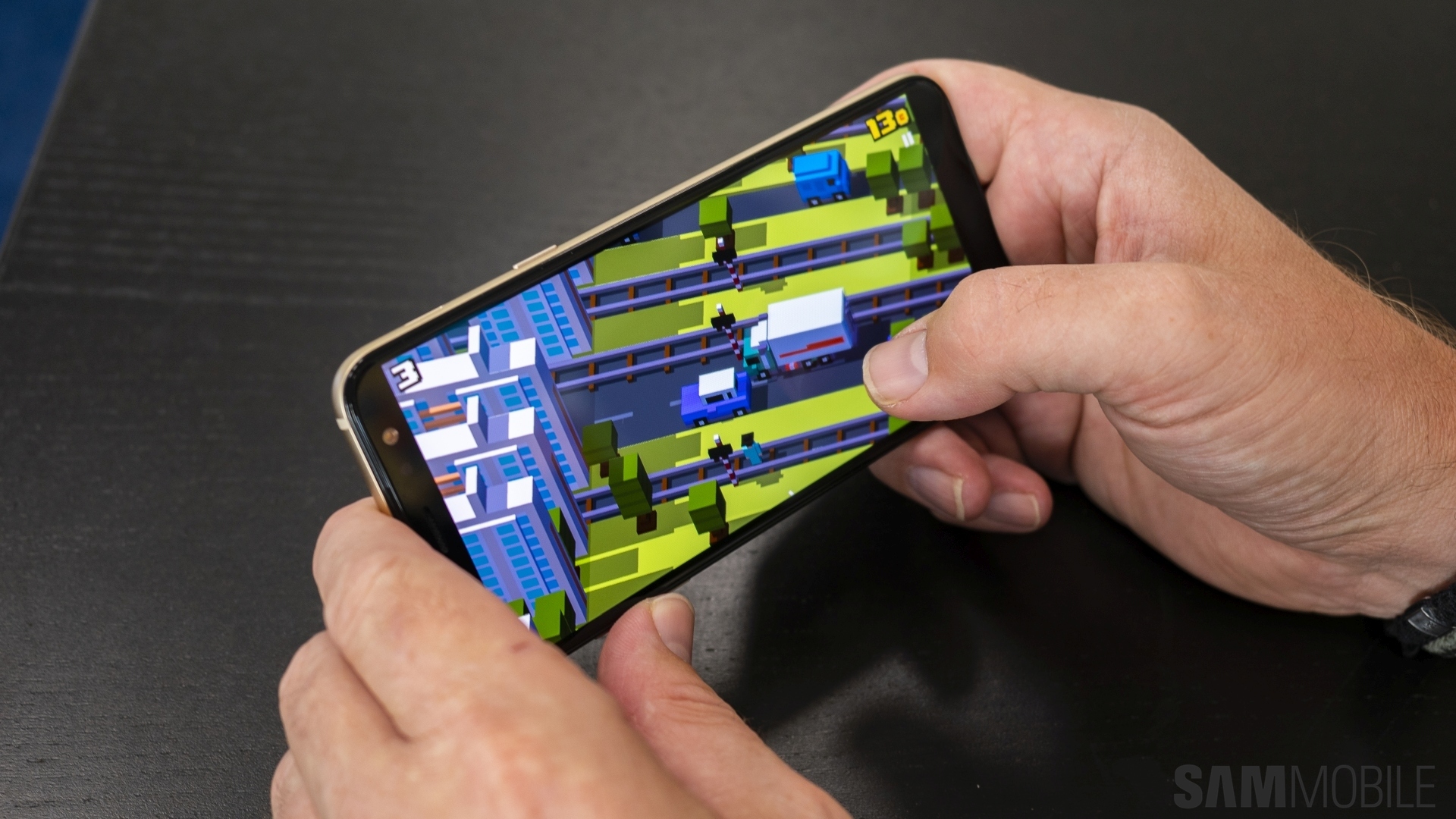 The Galaxy A6 is powerful for most tasks with the octa-core Exynos 7870 under the hood. There can be a few stutters when you tap on something (for instance, when browsing the web), but not that often. Light gaming is possible but heavier games can’t keep a stable frame rate. The low screen resolution helps keep the performance good enough, but again, a device with a €300 price tag deserves better. I also noticed issues with quick typing. It can be a bit sluggish, though it’s unclear if that’s a result of the phone’s performance or an issue with the screen on our review unit. 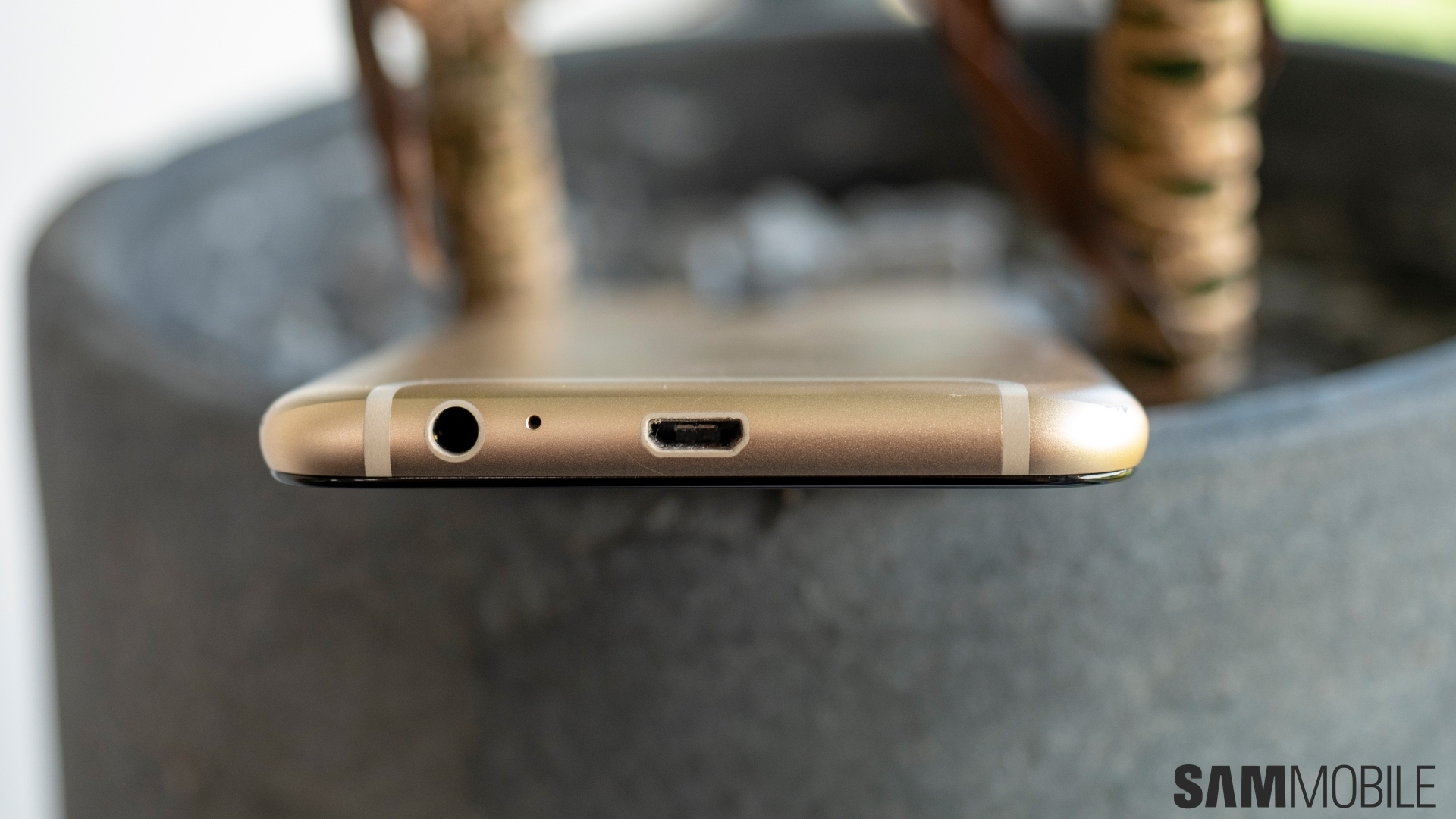 The Galaxy A6 is similar to the Galaxy A6+ in this regard. Dolby Atmos isn’t very helpful, other than increasing the volume somewhat and adding just a sprinkle of surround sound-like effect. It only works over Bluetooth and earphones; Samsung has bundled its cheapest earphones with the phone, so using a better third-party pair is recommended. The loudspeaker is above average as far as loudness is concerned, but it’s too shrill and lacks depth. As far as call quality is concerned, I ran into no issues. Both parties can hear each other properly, and network reception was generally quite excellent. 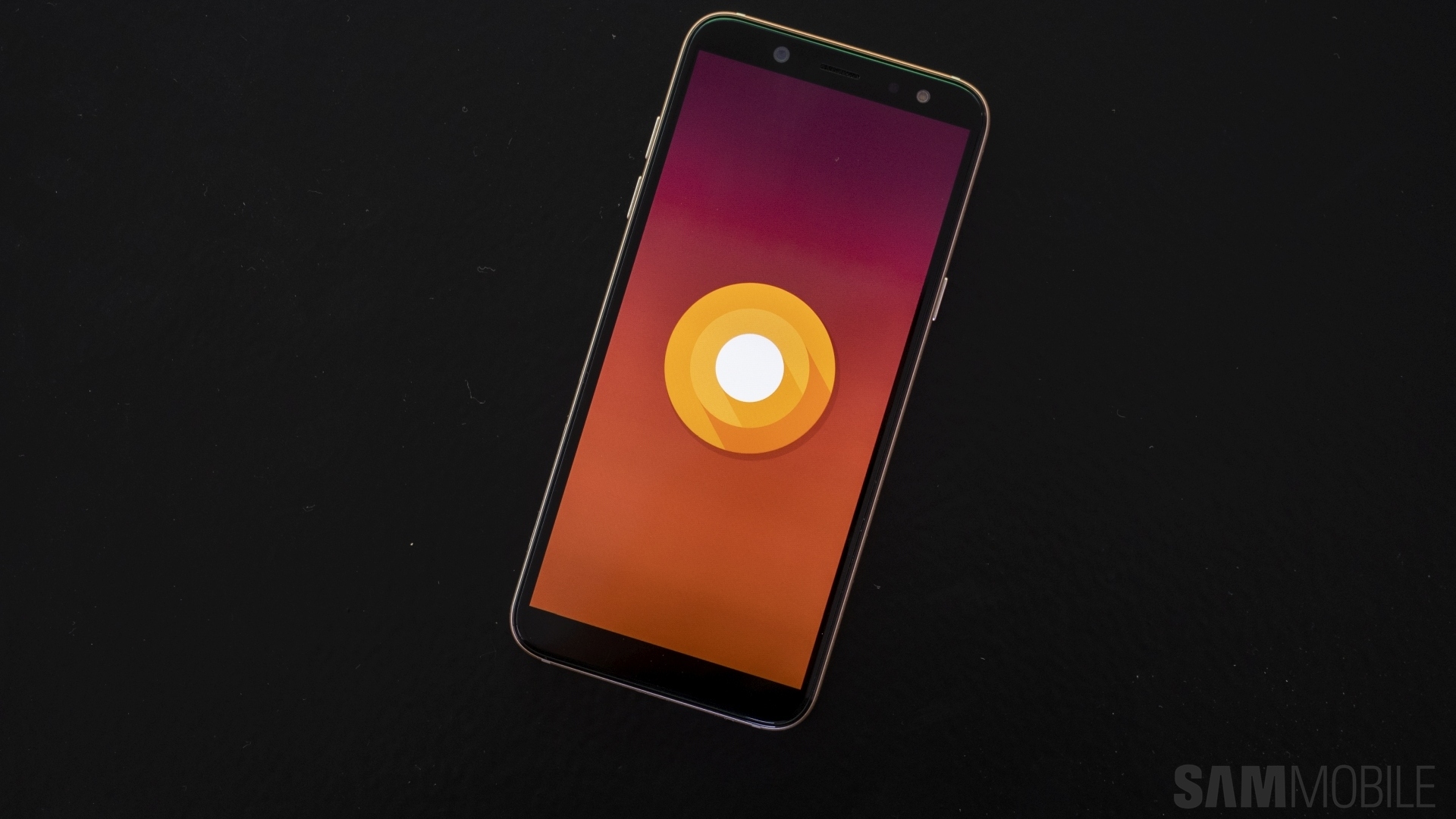 The Galaxy A6 runs Android 8.0 Oreo with the Samsung Experience 9.0 UX, same as the Galaxy A6+. The features list is mostly similar on both devices, so you can check out our Galaxy A6+ review for more details. Overall, Samsung’s software continues to be quite pretty, which gives the user experience a refined feel (making the performance issues all the more jarring). The Galaxy A6 is likely to get the Android P update, but whether it gets a second major update like the Galaxy A series phones from previous years is something we will have to wait and see. With the 3,000 mAh battery under the hood, the Galaxy A6 can last up to a day on average, with usage involving Snapchat, WhatsApp, Facebook, web browsing, and watching some videos. Screen on times hover at around the 3-hour mark, but going beyond that will reduce the overall battery life, making this a no-go for heavy users and tasks such as navigation and long hours of gaming.

There’s no fast charging support, which is to be expected considering the A6+ doesn’t have it either. Going from 0 to 100 percent can take up to 2 hours and 30 minutes. You get the usual mix of power saving modes that can help extend battery life. While the A6+ doesn’t usually require these modes to be enabled, the A6′ lower endurance makes them more necessary.

The Galaxy A6 is not for those who value performance or battery life. It’s for people who appreciate a premium build, easy-to-use software, and the piece of mind that comes from owning a phone from a big company like Samsung. Even then, it’s too expensive for most customers. That’s the problem with the Galaxy A6+ as well, which makes these phones rather confused offerings.