Can Samsung take back the Indian smartphone market from Xiaomi? 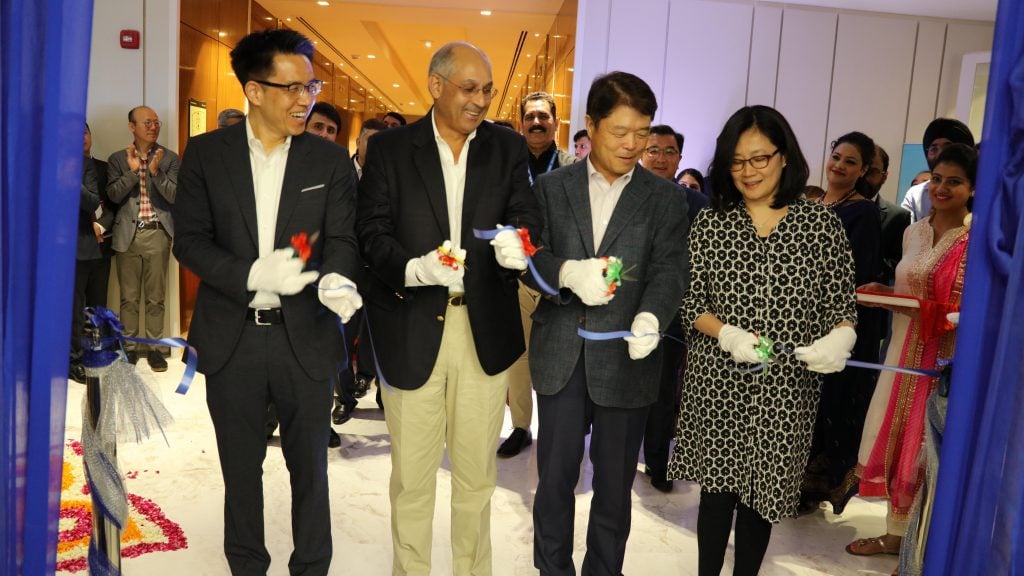 Well, the primary reason for Xiaomi’s success has been its value-for-money budget smartphones (like the Redmi 4 and Redmi Note 4). A majority of smartphone sales in India happen in the affordable segment, and Xiaomi has continued to offer specs from nearly thrice more expensive Galaxy devices at dirt cheap prices. It has dealt mostly in the sub-Rs. 12,000 (or around $190) part of the Indian market, where Samsung has traditionally failed to offer smartphones with impressive features (other than an AMOLED display from time to time).

What makes Xiaomi’s achievements particularly impressive is that it has managed to catch up to the Korean giant without selling phones offline and through a flash sales model that see these phones go on sale only on specific dates. Xiaomi has kicked off sales in retail stores in recent months and has also gotten around the flash sale model by selling devices on its official website, and these moves have no doubt offered the final push that Xiaomi needed to level with Samsung. 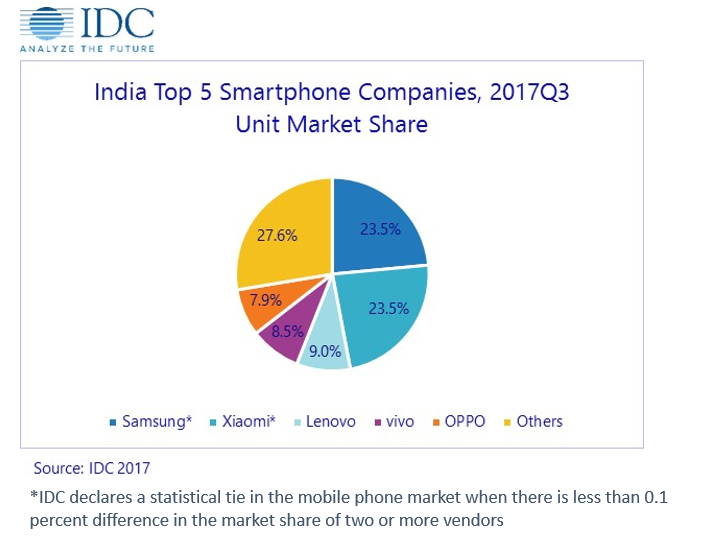 Can Samsung do anything to ensure that it can take the fight to Xiaomi and win back the market share it has steadily lost in India in the last couple of years? More importantly, can it do something to directly counter Xiaomi’s popular sub-$200 devices, which have driven the company’s market share from a niche to nearly 25 percent of the pie?

Well, we aren’t experts, but there are a few steps we think Samsung can take to course correct its decline in the world’s second most important smartphone market.

We have already talked about how a sub-brand could help Samsung offer more value-for-money devices while keeping its mainstream Galaxy lineup separate. Huawei has managed to capture the interest of consumers in China and India with its Honor sub-brand, and Samsung could benefit from a similar sub-brand for these markets. It would still be impossible to sell devices with good specs at Xiaomi’s prices, as the Chinese OEM operates on razor-thin profits in the initial months.

Once component prices go down, Xiaomi starts earning a little more profit on each device sale as the reduction in component prices isn’t accompanied by a (notable) drop in a phone’s original price. Xiaomi also saves on marketing costs, opting to let word-of-mouth and social media handle the brunt. And no, Xiaomi’s customer support isn’t too lacking, either. In fact, it has managed to do quite well in that field, even if it didn’t start out with the same quality of support.

Xiaomi’s strategy is not something Samsung can truly adopt, but it can spin off more sensibly priced phones under a different brand so it can attract more consumers without hitting the market value of its vast Galaxy-branded lineup of devices. The technicalities of such a strategy would be complex for a giant corporation like Samsung, but it certainly seems one of the clearest strategies to us if the Korean manufacturer intends to kindle consumer interest in India.

Other than the high price compared to competing devices from Xiaomi and other Chinese OEMs, Samsung’s poorly optimized software is a key reason for why its smartphones no longer attract the same attention. Pick up a Xiaomi phone, and you’d be surprised by how smooth and quick it is, even one that has been in use for some time. Granted, Xiaomi does have more powerful chipsets inside these devices, but let’s be honest: Even high-end chipsets are unable to keep Samsung’s Android software running smoothly after a few months (and even a few weeks in some cases). It’s not like Xiaomi doesn’t offer a slew of additional features like its Korean competitor; in fact, MIUI is among the most customized Android skins out there. 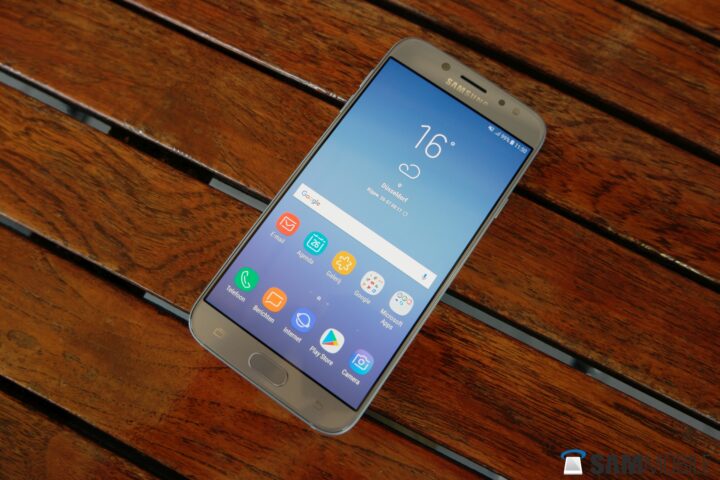 “Does it lag?” is a question that has come to be associated with Galaxy smartphones, and it’s particularly damaging in a country like India, where the much higher smartphone buying population means word of mouth doesn’t take a long time to get around. Samsung’s still holding on to nearly 25 percent of the Indian market, so people are buying its phones, especially those who care about brand value and support. But there are also a large number of people – especially on tight budgets – who opt for a non-Galaxy device because someone or the other tells them that low-end and mid-range Galaxy handsets aren’t great performers.

Of course, quite a few no doubt experience it themselves and decide to switch to a different OEM, which is usually one of the Chinese OEMs that sell smartphones in India. And again, it’s not like only Samsung’s budget and mid-range phones have performance issues. The Galaxy S8 has developed noticeable stutter, and we see only the Note lineup of devices truly holding their own even after months of usage. Put the same software on low-end phones with entry-level processors and mid-range devices without sufficient horsepower, and you can see why one would find it hard to recommend the Korean giant’s offerings. Samsung has even failed to sometimes optimize handsets powered by its Exynos chips as well those powered by Snapdragon chips.

Optimized software isn’t just a necessity to improve sales; it’s also important for the user experience, and Samsung is far from perfect in that regard. Its Android interface has come a long way, but it’s unclear why Samsung has failed to truly bring it up to modern standards when it comes to performance. Perhaps it doesn’t care, given it still moves the highest number of smartphones globally from stores to customers, but if there ever was a time to double down on software optimization, this is it.

Xiaomi isn’t known for quick software updates. Actually, while it takes an obscene amount of time to bring newer versions of Android to its phones, it offers regular updates to MIUI, its custom Android skin. Samsung, with the resources at its disposal, can get a head start in this field to increase the value of its budget and mid-range devices. Bring out major software updates faster, and maybe offer more than just one major upgrade to budget phones. I have a Galaxy J7 Pro that launched in India four months ago, and I don’t think it has received a single update in that time, with its security patch level sitting at June 1 here in mid-November.

Again, Xiaomi isn’t great at bringing newer versions of Android to its devices quickly, instead focusing on regular updates that bring new features and functionality, sometimes on a weekly basis. Samsung has a chance to get in on the action early here. It’s certainly been increasing focus on mid-range phones on the update front, but maybe it should now start bringing major Android updates to these handsets in a considerably shorter span of time.

The time for action is now

Like I said in the introduction, we’re not experts, and we’re sure Samsung has actual ones butting heads to come up with ways to counter Xiaomi. Flooding the market with phones isn’t going to help, but a sub-brand, phones that perform well even if they don’t have powerful internals, and quick software updates for all are something it should consider. Xiaomi will probably continue its rise in the Indian market, and Samsung needs to scramble if it intends to take back the throne or even stay in the running in the years to come. The time for action is now, especially with the company’s refreshed leadership, or it may just be too late for any of this to matter.

What do you think? Is there something you think would be a good solution for Samsung in the Indian smartphone market?