We confirmed a couple of months back that Samsung is working on the Galaxy S8 Active codenamed Cruiser for AT&T. Since then, the handset has been spotted on benchmarking websites multiple times and it has also received its Wi-Fi certification. The Galaxy S8 Active has now stopped by the FCC.

A stop at the Federal Communications Commission of the United States is normally taken as a big indication that an unreleased device is on its way. Samsung is certainly due to launch the Active variant of its new flagship smartphone so it’s possible that an official announcement may not be that far off.

As far as the specifications are concerned, the Galaxy S8 Active may feature an Exynos 8895 processor with 4GB of RAM. It may feature a 5.8-inch flat AMOLED display and a bigger battery. The handset will be built to the MIL-STD-810G for extra durability.

It’s basically going to be a more durable version of the Galaxy S8 with a flat display instead of the curved Infinity Display. Since previous Active handsets have had bigger batteries, that remains a possibility of this handset as well.

It’s unclear how much the Galaxy S8 Active is going to cost and when it’s going to arrive, but like its predecessors, it’s going to be exclusive to AT&T in the United States. 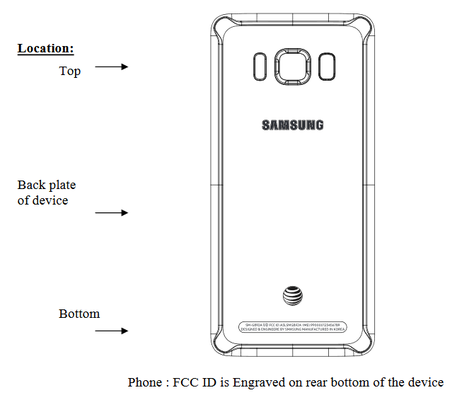