Google may have officially released Android 10, but there are still many devices that are waiting for the year-old Android Pie update. The T-Mobile Galaxy S8 Active was one of them until yesterday. Thankfully, the long wait has come to an end as the rugged version of the 2017 flagship finally started receiving the Android Pie update on the United States’ third-largest carrier.

The T-Mobile variant is getting the update two weeks after the Sprint version and nearly two months after the AT&T model received the same update. The delay looks even worse when you consider the fact that the Android Pie rollout for the Galaxy S8/S8+ started back in February itself. The Galaxy S8 Active is merely a rugged version of the regular S8 with nearly identical specs, but customers had to wait much longer for the update.

Brings One UI 1.1 and the July security patch

The T-Mobile update weighs 1687 MB and carries the version number G892USQU5CSG7. The release brings One UI 1.1 based on Android Pie and the July security patch to the two-year-old device. You can read our One UI Feature Focus series to learn about all the new features and changes included in the release. This is the second and most probably the last Android version update for the Galaxy S8 Active.

T-Mobile customers who haven’t received the update notification yet can manually check for it by tapping the Download updates manually option under Software Update in the Settings app. If that doesn’t work and you are impatient to wait any longer, you can consider downloading the latest Galaxy S8 Active firmware from our database and manually flashing it. 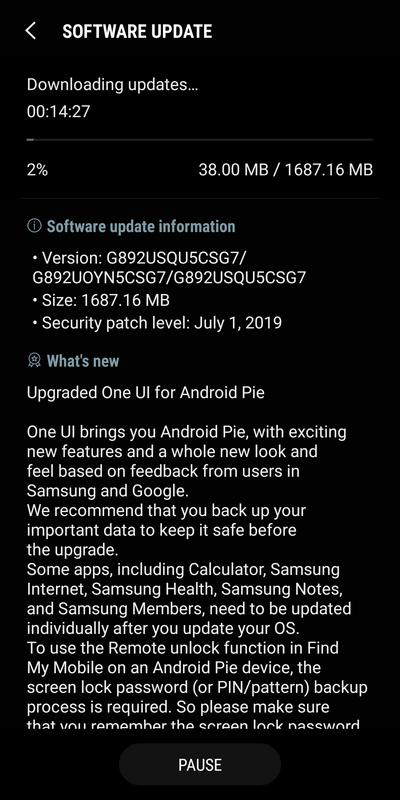