An unannounced Samsung-branded smartphone has been spotted on the FCC’s online database. Sadly, the documentation doesn’t reveal anything about the device, other than that it sports the model number SM-Z400F; leading us to believe we’re looking at the so-called Samsung Z4.

If you’ve been following SamMobile closely, you’ll know that the next major build of the open-source operating system — Tizen 3.0 — is rumored to debut on the recently-rumored Samsung Z4, and seeing as it’s now been granted approval by the FCC, it shouldn’t be too much longer until arrives. 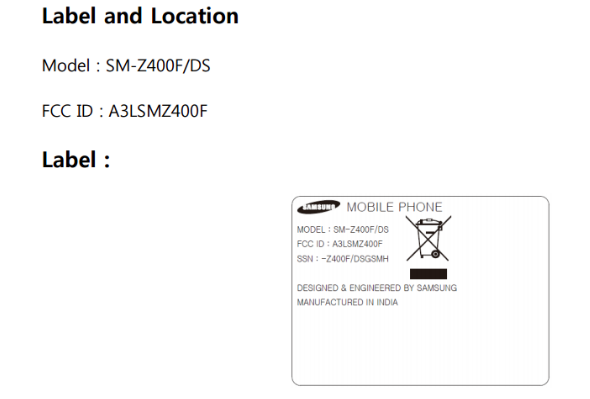 Samsung released Tizen 3.0 for Gear S3 last month. The latest Value Pack Update for the Gear S3 Classic and Gear S3 Frontier brought a handful of new features but also introduced a bug. The bug caused the smartwatch’s battery to drain quickly for no reason. Samsung suspended the update’s release and took a few […]

The long-awaited Tizen 3.0 update was delivered about a month ago, and with much excitement Gear S3 users could not wait to download it and check out the new features, the new look, etc. At first glance, everything seemed to be peachy until users took a look at their battery percentage and noticed quite a […]

If you have received the Value Pack update on your Gear S3, you might have noticed a drastic change in how you operate the watch. Well, operating the watch remains pretty much the same as before, but Samsung has made one change that may put you off, at least in the initial few days: You […]