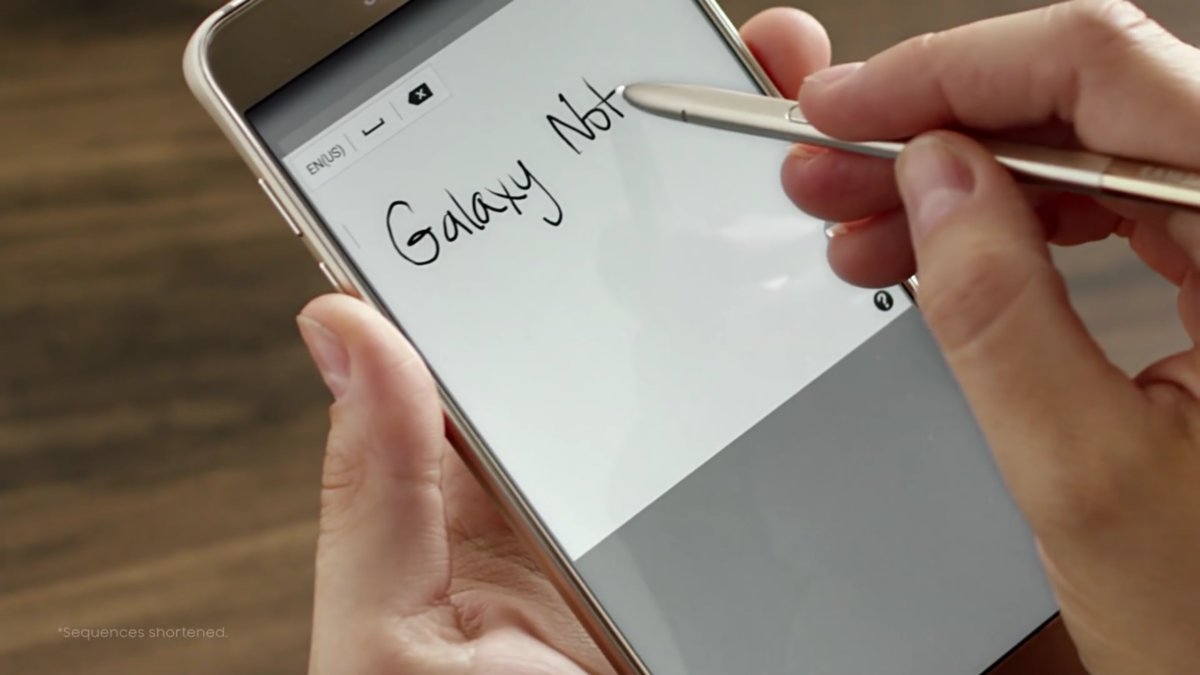 Now, we’ve even seen a poster hinting that users will be able to “write on the edge of something great” — a dead giveaway as to the existence of the Galaxy Note 7 edge as the next Galaxy. All the evidence has suggested so far that the Galaxy Note 7 will indeed bear the edge, but a new leak suggests that Samsung may indeed have a flat, non-edge Galaxy Note 7 variant in the works.

One interesting thing to note (see what I did there?) with the upcoming Galaxy Note is that the model number at Samsung’s website doesn’t bear the “G” at the end of it, suggesting that this could be a regular Galaxy Note 7, not a Galaxy Note 7 edge. And yet, at the same time, this may not necessarily indicate as much.

Samsung has been unifying its product line to provide marketing clarity for consumers: the Galaxy S7, Galaxy S7 edge, and the upcoming Galaxy Note 7. To provide even more clarity with the Note line, Samsung may ditch the “edge” moniker for the Note this year so that every consumer will see one Galaxy Note 7 variant instead of two variants.

News out of Korea reveals as much: that the dual-edge design has been chosen for the Galaxy Note 7, without a “tipping of the hat” or possibility of any non-edge variant arriving on the market this year. For now, then, we suggest that you take the possibility of a non-edge Galaxy Note 7 variant with a grain of salt. We’d rather you err on the side of caution than err on the side of surprise — until August 2nd, that is.