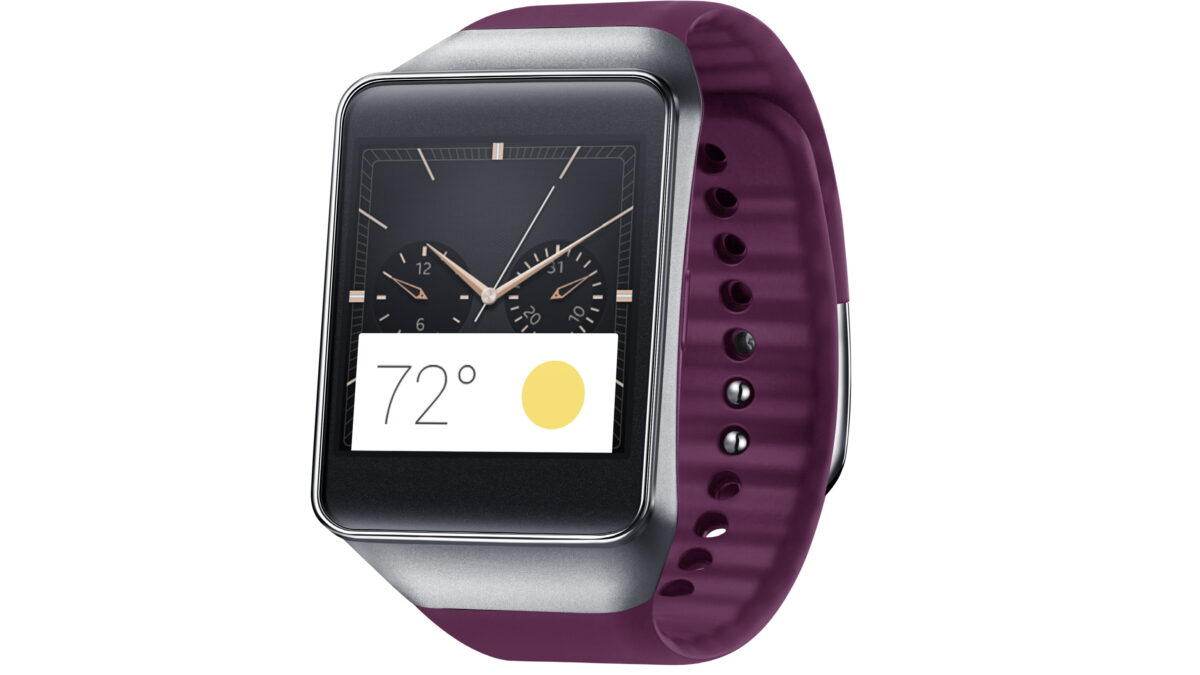 Samsung is a formidable giant within Android, so it makes sense that Samsung would be at the heart of any discussion regarding Google’s world-dominating mobile OS. Once again, all eyes are on Samsung due to what has been perceived as the company’s interesting relationship with Android Wear.

This week’s issue concerns the Korean giant’s long-term, short-term, or no-term commitment to the wearables platform. What started as an off-the-record statement to Fast Company turned into a major piece of news that has now been reinterpreted by Samsung to say that the company is still committed to the platform.

Who’s telling the truth, who’s remaining neutral, and what should we make of it? These questions are worthy of a formidable response, which I provide below.

For those who may not know the nature of the claim, Fast Company says that “Samsung executives told Fast Company today that no more Samsung Android Wear devices are in development or being planned.” The reasons pertain to Tizen’s battery efficiency and its use on the majority of Samsung devices. When pressed about this after the story went public, the Korean giant responded to tech site Digital Trends in an email, “Samsung has not made any announcement concerning Android Wear and we have not changed our commitment to any of our platforms.”

The first question that should be answered pertains to the company who published the news. Should we trust the source of the information? I believe we should for one reason: journalism is a field where you can’t get away with making statements and claims that aren’t true. Yes, there is room for speculation (analysts speculate about tech companies all the time), but there is no room for making false statements in the field. Get caught making claims of “X company said Y” when there is no evidence, and journalists could end up in a very serious lawsuit. So, it’s highly unlikely that FC falsified Samsung’s statement.

The email response Samsung gave to DT should be trusted for the same reason that we should trust FC: journalists and tech sites wouldn’t risk a lawsuit behind false statements.

Samsung said in its emailed response to DT that it 1) has made no announcement about Android Wear and that 2) it is committed to its “platforms” (plural here), but evidence suggests that Samsung and Android Wear are at least “separated,” if not entirely divorced, at this point. We’ve discussed what Samsung said, but now it’s time to take a look at the company’s actions.

Android Wear (used with “AW” in some portions of this piece) was “born” in 2014, and Samsung, as was the case with other OEMs like LG, Asus, Sony, and Motorola, decided to join in on Google’s wearables platform with its Gear Live smartwatch running AW. That was back in 2014; since then, there’s been neither smoke nor fire between Samsung and AW. Nothing. Nothing in 2015, and nothing yet in 2016 (and half the year is gone as of June).

This tells us that Samsung launched one AW device in 2014, with little incentive or motivation to do so since the platform’s inception. Asus and LG have launched second-generation AW timepieces, as has Motorola. AW isn’t making much money or profit, but that hasn’t stopped these companies from committing for 2015. Samsung didn’t commit in 2015, and there’s nothing to suggest the noncommittal trend will change in 2016.

If you see a guy who’s “committed” to his wife but spends his outings, dinners, and vacations with another woman, what would you think? Even if he says, “I’m still committed,” his flirtatious actions with the “woman on the side” will give you reason to suspect that he’s already divorced from his wife (even if the paperwork isn’t official yet). This leads me to think that, despite Samsung’s claim that it’s still “committed,” it and AW are already separated, with the company having divorced it in everything but the fine print.

The odds of a 2016 Samsung Android Wear smartwatch

What are the odds that Samsung has a 2016 Android Wear smartwatch in store? Well, there’s little to suggest that the idea is nothing more than a myth.

Since 2014, when Samsung announced the Gear S, the company has gone on to make the Gear S2 in 2015, and a Gear S3 is on the way if we know Samsung. These smartwatches run Samsung’s homegrown Tizen OS, though, not Android Wear.

A look at one of the latest studies from Strategy Analytics shows that Samsung’s Gear smartwatch lineup is towering over Android Wear – who, by the way, doesn’t even get a mention in SA’s trend data: the company merely nods AW by placing it in the category of “others.”

You must understand the “others” is where most Android OEMs are when it comes to global smartphone shipments. Motorola, LG, HTC, etc., are often placed in the “others” category when it comes to smartphones; the same can be said here. Samsung, then, with its Gear smartwatches, is outselling all Android Wear OEMs, including Motorola with its 360 and LG with the Watch Urbane model. In Q1 2016, Samsung sold 600,000 smartwatches as compared to an undefined number of AW watches sold (a combined 1.4 million smartwatches sold).

The “others” sold a combined 1.4 million smartwatches in Q1 2016, but AW is but one platform or entity in “others”: there’s also other companies like Omate who produce full-fledged mobile Android smartwatches that don’t run AW, and companies such as Pebble with its Pebble Time and Pebble Time Round smartwatches (as well as the Pebble Steel lineup and the original Pebble Classic), as well as Fitbit with its Blaze smartwatch, not to mention AW manufacturers LG, Asus, Motorola, Sony, Casio (WSD-F10 smartwatch), and TAG Heuer (Connected Carrera). The “others” category must also take into account manufacturers who only make fitness bands, since analytical data doesn’t separate fitness band and smartwatch sales all that often.

If you consider that these 9 companies (and there are far more than this; just consider Xiaomi with its fitness bands, Jawbone, and Withings, just to name a few) sold 1.4 million smartwatches together, being benevolent and considering all things equal, the 6 AW manufacturers mentioned sold nothing over 250,000 smartwatches. Samsung’s 600,000 bests any AW manufacturer by nearly 2.5 times the sales. The average sales numbers for each “others” company gets extremely small as you add manufacturers to its list.

With these numbers, I ask this question: if you saw that your smartwatch was outselling Google’s entire platform, would you give up selling your platform to make a watch for Google’s?

Google bought and sold Motorola; the search engine giant also purchased and is now selling Boston Dynamics. Why? The key reason, as always, is financial profitability. With AW bringing in little income for Samsung, why should the Korean giant waste its financial profit on a platform that would bring smaller profitability than its own Tizen platform?

I could’ve written this piece to say that we shouldn’t discount Samsung’s fascination with Android Wear, but I wouldn’t be honest if I did. The truth is that Samsung, as the company said in its emailed response, hasn’t formally announced its divorce from AW – but the handwriting is on the wall. Samsung’s failure to launch a more current AW follow-up to the first-generation Gear Live, and the company’s launch of the Tizen-based Gear S2 in 2015 (and its claim that Tizen is “The OS of Everything”)  indicate that there’s very little affection left between Samsung and AW. Samsung could very well make another Android Wear smartwatch down the line, but the company will study market trends and potential profitability before diving in.

And yet, companies make last minute decisions all the time. So, with that said, Samsung could still make an Android Wear watch; if the company does, however, the decision will be made at the last minute. There’s still a glimmer of hope for a miracle, but Android Wear fans, don’t get your hopes up.