Samsung Galaxy A8 launched in India, priced at INR 32,500

After officially unveiling its thinnest smartphone till date last month, and pushing it to the retail shelves in its homeland, Samsung has launched the Galaxy A8 in India today. The near bezel-free, metal-clad smartphone from the smartphone giant is priced at INR 32,500 in the country, and will be available in three colours; black, gold, and white.

The Galaxy A8 is the most high-end smartphone in the Galaxy A series, and replaces the Galaxy Alpha (now discontinued). It features a large 5.7-inch 1080p Super AMOLED display, Android 5.1 Lollipop, an Exynos 5430 octa-core processor (instead of Snapdragon 615), 2GB RAM, 32GB internal storage, a microSD card slot, and a 3,050 mAh battery. It is a device with a Hybrid Dual SIM slot, so you can either be used for a secondary SIM card or a microSD card.

It also features a new 16-megapixel sensor for its primary camera along with a single-LED flash and an aperture of f/1.9. There’s a 5-megapixel front-facing camera with 120-degree wide-angle lens, similar to most of the recently released smartphones from the company. Unlike other Galaxy A series smartphones, the Galaxy A8 also features a touch-based fingerprint sensor that we first saw in the Galaxy S6.

It is compatible with all the 4G LTE (FDD-LTE Band 3 1800 MHz and TDD-LTE Band 40 2300 MHz) networks in India. The company, in partnership with Airtel, will offer data data benefits to its buyers. The Galaxy A8 is already available through Samsung’s own eStore in the country, and the company is offering low-cost EMI options as well as 5,000 PayBack points for those who buy it using an ICICI Bank credit card. 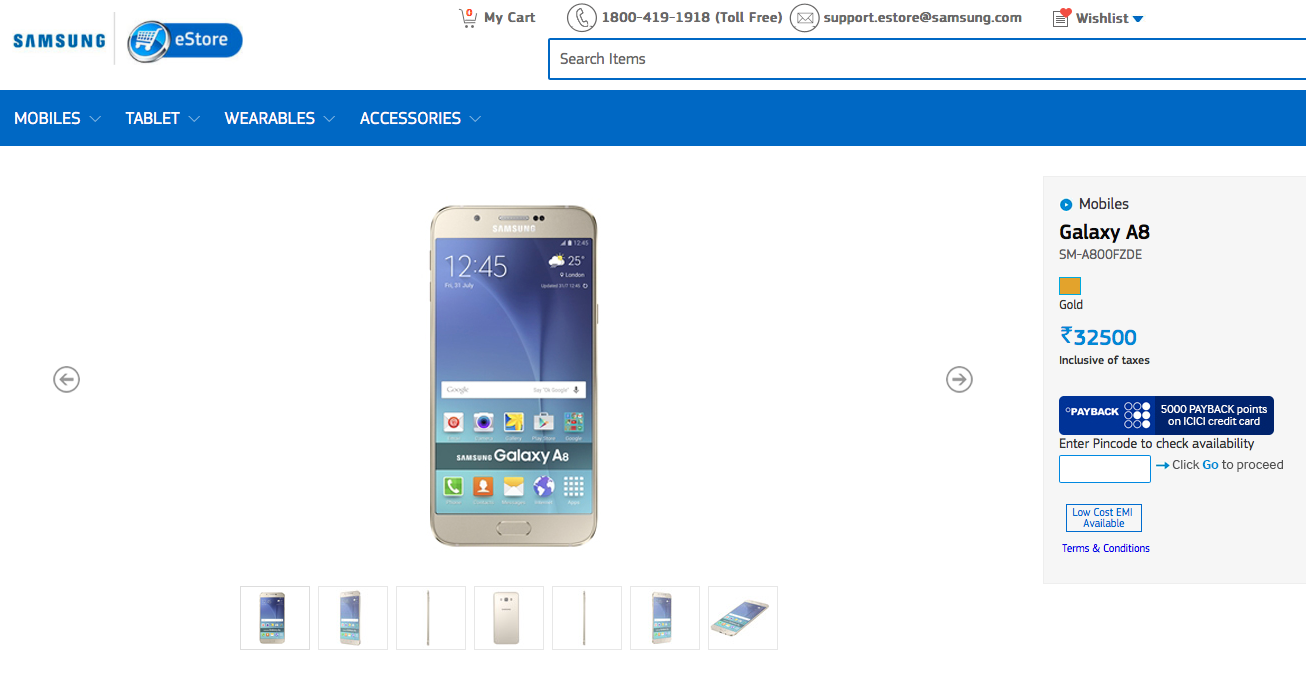