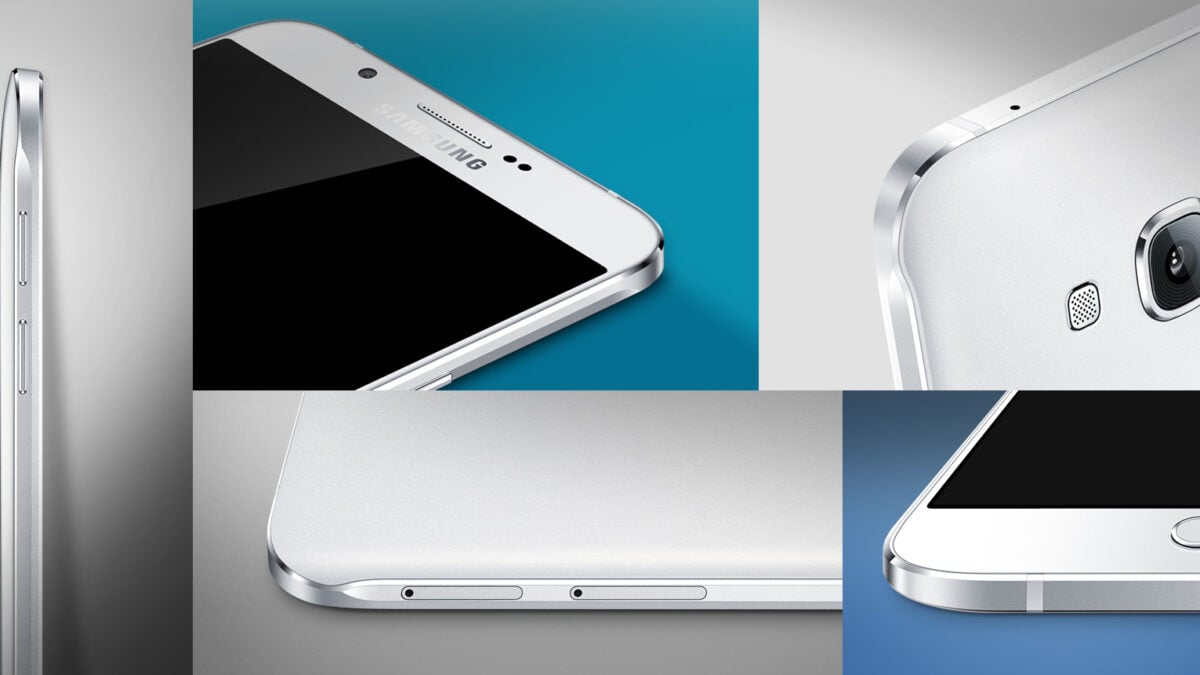 We have known for a long time that the Galaxy A8 is in the pipeline over at Samsung and today the company has finally launched this device officially in China. It’s one of the most feature-packed mid-range smartphones that Samsung has ever released and besides that it features an impressive metal build which really does lend a premium look and feel to the handset.

We have already shown you photos of the device and reported exclusively on its specifications but lets just run through them once again, the Galaxy A8 has a 5.7-inch Full HD Super AMOLED display, a 64-bit octa-core Snapdragon 615 processor with 2GB RAM, 16GB internal storage, microSD card support up to 128GB, 16-megapixel rear and 5-megapixel front-facing camera, 4G LTE connectivity and a 3,050mAh battery. Galaxy A8 also has a fingerprint sensor and it runs Android 5.1.1 Lollipop. All of this has been packed inside a metal frame that weighs 151g and is just 5.9mm thin, making it the thinnest smartphone yet from Samsung, that also happens to be virtually bezel-free.

The Galaxy A8 has only been launched officially in China right now where it’s available to pre-order in white, black and gold colors. Samsung is yet to confirm whether or not it’s going to release this handset in other markets across the globe.