The Galaxy S5 LTE-A isn’t a very popular device, mostly because it’s exclusive to the Korean market. The device was rather unique, however, as it was the first Samsung smartphone to feature a Quad HD display and the Snapdragon 805 processor, something of a concept device for the Korean manufacturer to test the waters before launching a phone with a Quad HD display worldwide (the Galaxy Note 4). Its limited availability means we don’t really expect it to be very high on the list of after-sales support, but Samsung isn’t sitting around and is actually working on updating the Galaxy S5 LTE-A to Lollipop.

We’ve gotten hold of a test Lollipop build for the S5 LTE-A (for the SM-G906S model, which we imported and reviewed after the device launched). As far as features and changes are concerned, we are looking at pretty much the same stuff that we saw on the Galaxy Note 3, Note 4, S4 and S5, though this is the first device Samsung is testing 5.0.1 on. The build we’re running works quite well and is very fluid, with the latter probably a result of that powerful Snapdragon 805 processor ticking away inside in addition to the default optimization in Android 5.0.

The Lollipop update for the Galaxy S5 LTE-A should start rolling out officially in the coming weeks, if the stability of the firmware we have is anything to go by. For a sneak peak at what Lollipop will bring to the device, don’t forget to check out our exclusive hands-on with Android 5.0 running on the Galaxy S5. 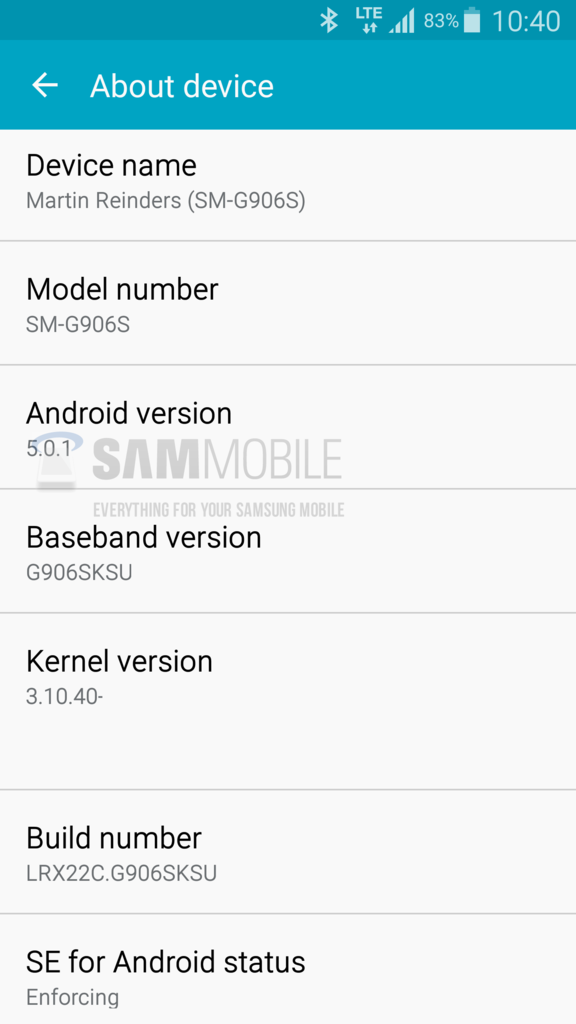