First of all, we would like to thank the folks over at 28Mobile.com for providing us with a Galaxy S5 Broadband LTE-A review unit. 28Mobile is a Hong Kong based, Swedish owned, wholesale dealer and retailer of unlocked smartphones, tablets, and more. We picked the Charcoal Black variant of the Galaxy S5 LTE-A, however, 28Mobile has 5 different colour variants of the Galaxy S5 Broadband LTE-A in stock, which include: Charcoal Black, Shimmery White, Copper Gold, Electric Blue and Glam Red. Unfortunately, Sweet Pink colour variant isn’t available at the moment, but should arrive soon.

As we all know, prior to the release of Samsung’s every upcoming flagship device, the rumours start popping up like crazy. This year it wasn’t any different, this year the rumours were pointing towards 3GB RAM and a QHD Super AMOLED display. However, as we all saw at the Galaxy S5’s launch event, these rumours didn’t quite become a reality, or did they? Same rumours kept popping up even after the release of the Galaxy S5, namely in the form of the Galaxy S5 Prime”. Two months later, Samsung announced the Galaxy S5 Broadband LTE-A, a Korea exclusive device, with the same rumoured specifications. The standard Galaxy S5 is an excellent smartphone, it even has “the best performing smartphone display”, according to DisplayMate. Does performance, resolution and price bump make the Galaxy S5 LTE-A any better than the standard Galaxy S5? Well, let’s find out, and see if the difference is significant enough to make you swap out your standard Galaxy S5 for the LTE-A one. 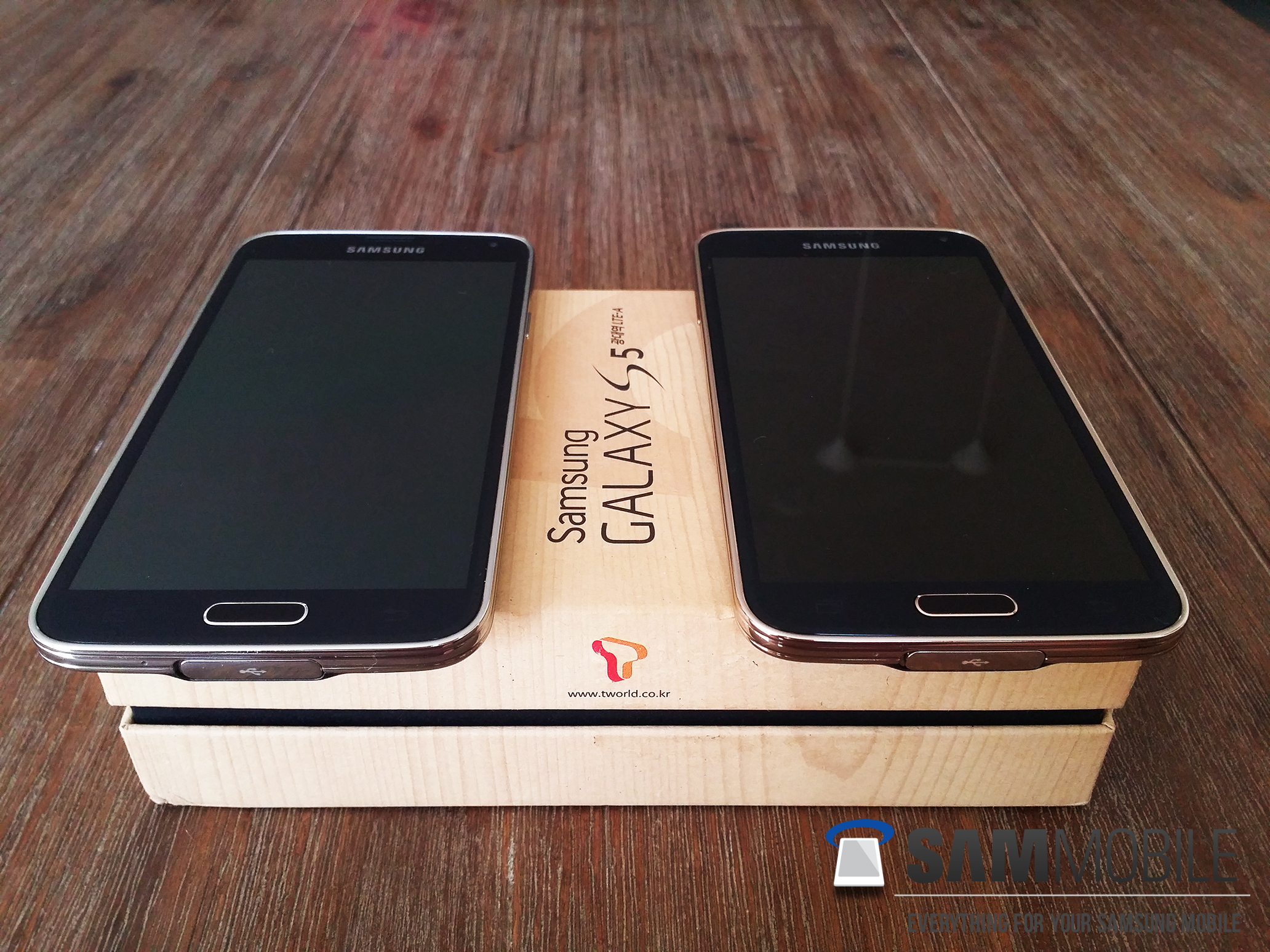 The Galaxy S5 LTE-A features exactly the same design as the standard S5, except for the silver chrome bezel surrounding the phone, the camera and the home button/fingerprint scanner. This time Samsung opted for a “Rose Gold” colour for the chrome bezel, instead of the usual silver. Another difference is the LTE-A branding on the back cover of the device. These are basically the only two differences between the two devices, visually.

However, in the specifications department, it’s a completely different story. Spec-wise, there are 4 main differences, which include: the SoC, RAM, display resolution and Cat6 modem. Samsung has equipped the Galaxy S5 LTE-A with a Qualcomm Snapdragon 805 SoC; which features a Quad-core Krait 450 CPU clocked at 2.5GHz and an Adreno 420 GPU with a clock speed of 600MHz, the new SoC is also easily able to efficiently handle the increased display resolution. We will talk about the display a bit later in the article.

Compared to standard Galaxy S5’s Snapdragon 801 SoC, this is a very significant performance change, as S801 is just an overclocked S800, while Snapdragon 805 is a brand new chip, and the Galaxy S5 LTE-A is the world’s first smartphone to feature the new silicon. In the Galaxy S5 LTE-A, Samsung upgraded the RAM to 3GB, which we think was utmost necessary as the last few iterations of Samsung’s TouchWiz UX have been a complete resource hog, occupying most of the memory. With the standard Galaxy S5 and its 2GB of RAM, we noticed that after opening a few applications, the applications started to close themselves in the background to make space for other applications, which isn’t a good thing. This resulted in increased app loading times and certain elements of the UI lagged a bit.

However, these issues were not to be found on the LTE-A variant of the device, thanks to the increased amount of RAM. Galaxy S5 Broadband LTE-A features impressive download speeds of up to 225 Mbps, and is the world’s first smartphone to achieve these kind of download speeds.

Powering all this technology is a 2800mAh lithium-ion battery, same as the standard Galaxy S5. Now, even though the Galaxy S5 LTE-A packs a QHD (2560×1440) Super AMOLED display, the battery life is shockingly similar to the (1920×1080) FHD Super AMOLED variant, thanks to Qualcomm’s Snapdragon 805 SoC.

Below the Antuntu benchmark scores from both phones:

Now let’s talk about the world’s most gorgeous display we ever laid our eyes on. The Galaxy S5 LTE-A is the world’s first smartphone to pack a QHD (2560×1440) Super AMOLED display with a whopping pixel density of 577PPI (Pixel Per Inch), the highest in the mobile industry at the moment. You would probably say that doesn’t the LG G3 pack a QHD display, as well? Well, you’re right. But, the G3 has a bigger screen (5.5-inch) than the S5 LTE-A (5.1-inch), resulting in a lower pixel density (534PPI), and the G3 uses a True HD-IPS display technology which is no where near Samsung’s AMOLED display technology.

Checkout our comparison video below:

As the Galaxy S5 LTE-A is a Korean exclusive device, it comes with two Samsung 2800mAh batteries, a battery charger and a lot of Korean bloatware. There are a few new software features, as well. In video mode, there is now an option to shoot video in WQHD (2560×1440) resolution. There is a new lock screen and notification feature called Festival effect. By enabling Festival Effect, gorgeous drawings are made and colourful balloons appear on the lock screen or in the notification panel on particular days, like public holidays or your birthday. 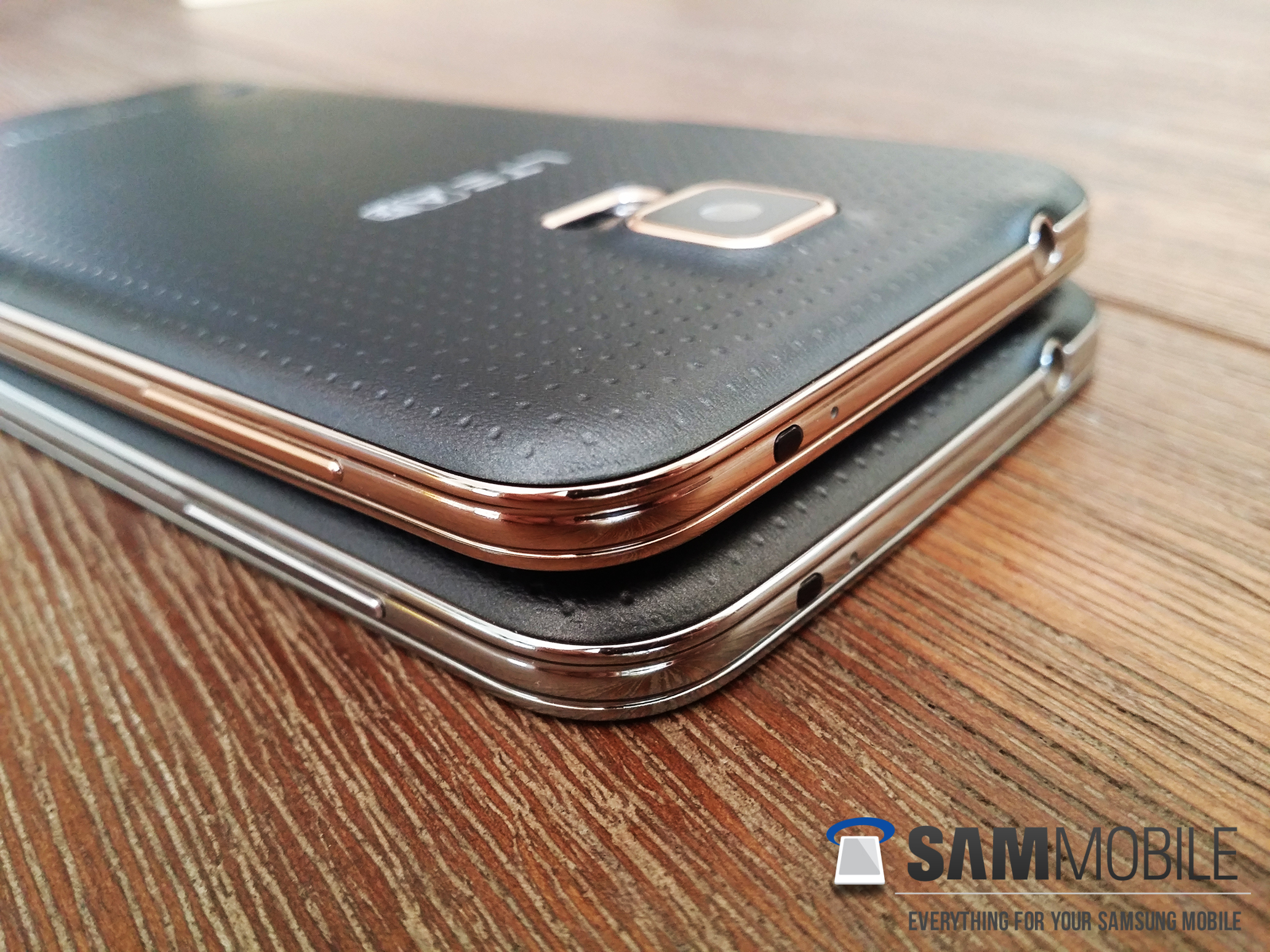