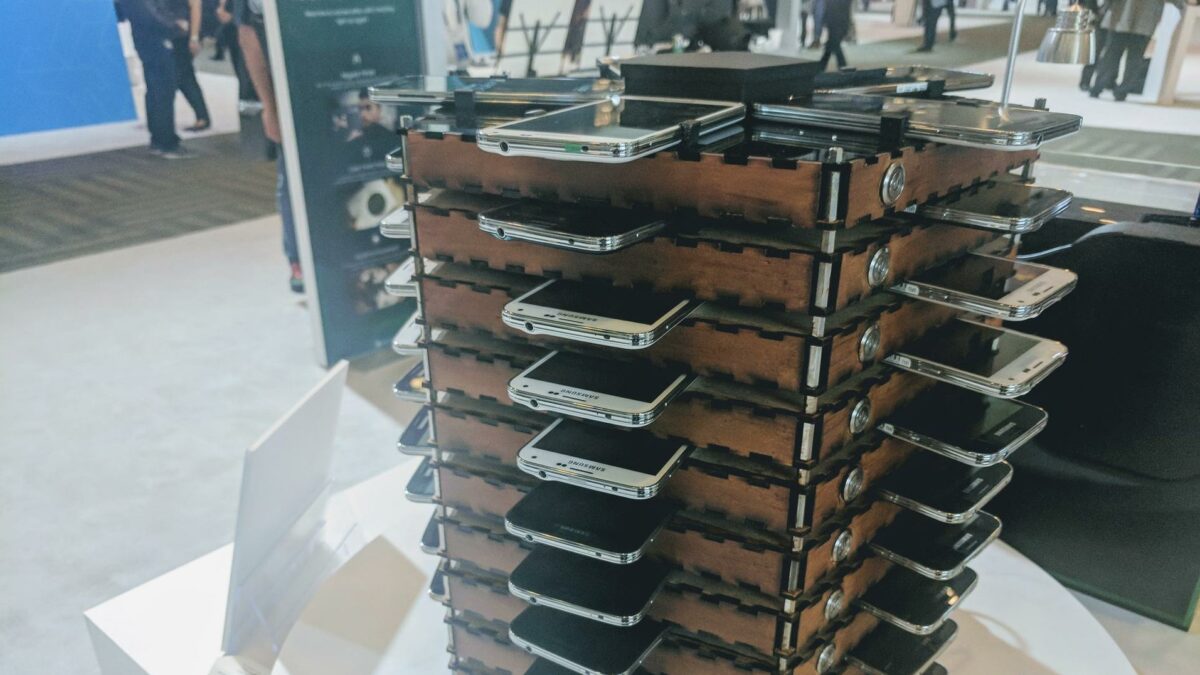 Samsung’s found a use for your old Galaxy S5 (and no, it doesn’t matter if it’s smashed to smithereens): Pair it with thirty-nine other units, install a build of the firm’s specialist operating system, which isn’t available just yet, then insert them all into a strange building-like structure to create your very own Bitcoin Miner Cluster that’s capable of mining at a greater power efficiency than a standard desktop computer.

Chances are, you don’t have forty Galaxy S5 units laying around waiting to be used. Heck, we’re the biggest Samsung fan website on the planet and can’t string together ten. But the South Korean isn’t expecting you to recreate its Bitcoin Miner Cluster at home. It is, instead, showing you what you can do with old technology that some may consider old hat—and that’s what its new Upcycling project is all about.

“This innovative platform provides an environmentally responsible way for old Galaxy mobile devices to breathe new life, providing new possibilities and potential extended value for devices that might otherwise be forgotten in desk drawers or discarded,” said Robin Schultz, a spokesperson for Samsung.

To promote the cause, Samsung also repurposed an old Galaxy Tab into an Ubuntu-powered laptop, used a Galaxy S3 to monitor the climate and PH level of a fish tank, and programmed an old smartphone with facial recognition software to guard the entrance of a house. Those ideas are just scratching the surface, though. There are hundreds, if not thousands, of other uses for its old products.

In a surprise move, Samsung has rolled out this month’s security maintenance update for the Galaxy S5 in Eur …