The Samsung SM-G901 has been benchmarked using GFXBench, thereby spilling information regarding its internal hardware. It is powered by a quad-core Snapdragon 805 processor which is clocked at 2.45GHz along with Adreno 420 GPU. It features 2GB of RAM and 16GB of internal storage space. The 5.2-inch screen is listed with a resolution of 1920×1080, which our sources tell us will be the final resolution instead of 2560×1440 like the Galaxy S5 LTE-A for South Korea. The primary camera used in this device is listed to have a resolution of 16-megapixel but it might be the same 16-megapixel ISOCELL sensor which is used in the Galaxy S5, along with a 2-megapixel front-facing camera.

We can confirm that the SM-G901 is the Galaxy S5 LTE-A variant for European markets, something earlier leaks have also indicated. Based on the benchmark scores, it appears that the new Adreno 420 GPU (and the processor itself) is almost twice as fast when compared to the Mali-T628 MP6 and Adreno 330, which were used in the original Galaxy S5, and should offer compelling performance thanks to the lower screen resolution when compared to the Galaxy S5 LTE-A for South Korea. 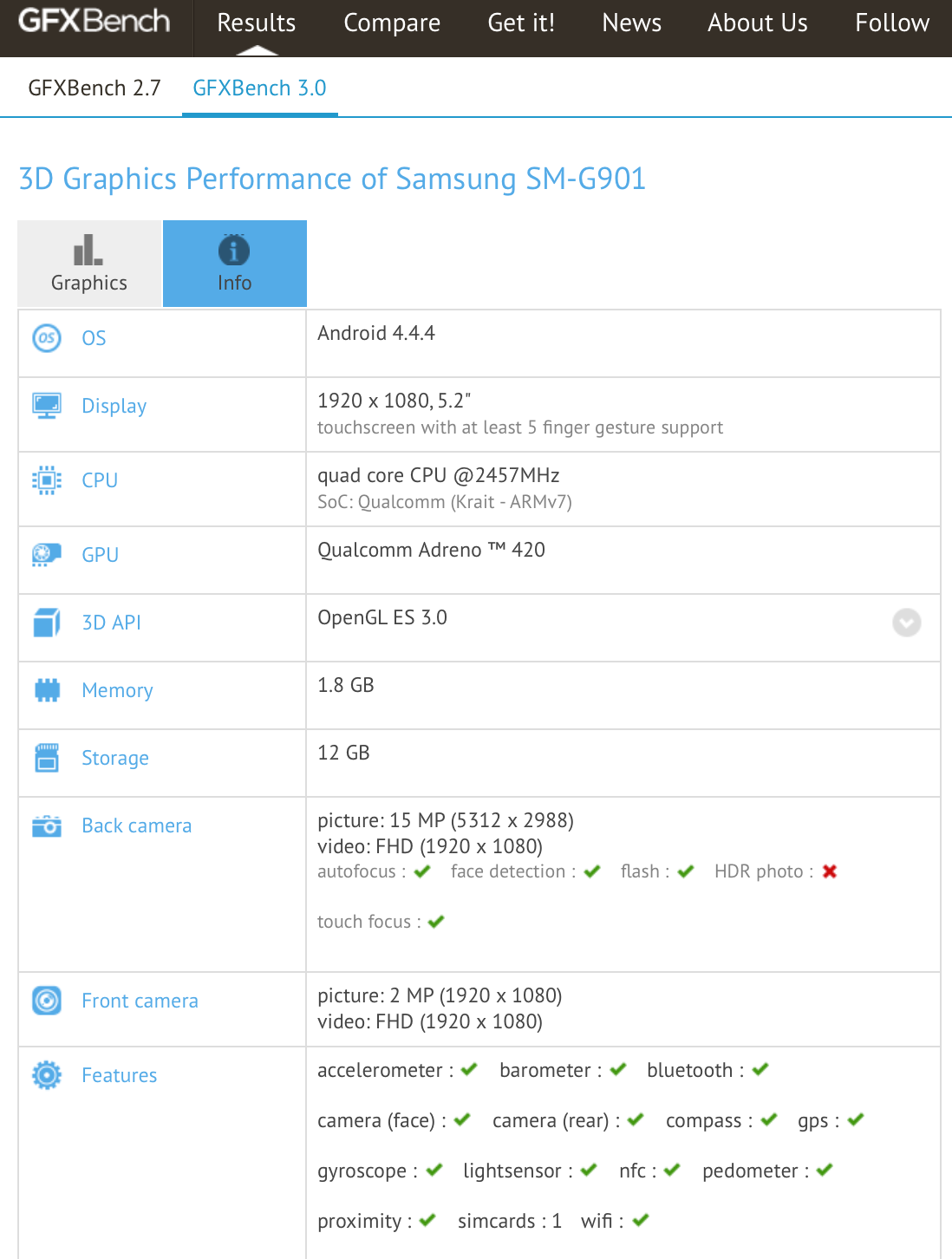 Samsung has started working on Android 6.0 Marshmallow for these devices

It’s that time of the year when Google releases the newest version of Android and everyone starts getting impatient about when the new version will come to their device, or if their device will even be eligible for the upgrade. Samsung has never been a company to formally announce a list of smartphones that will […]

Samsung’s first smartphone with a Quad HD display, the Galaxy S5 LTE-A, is now receiving an update to Android 5.0 Lollipop in South Korea. The update is currently rolling out to carrier SK Telecom’s variant (model number SM-G906S); the Android version is 5.0.1 and the build number is G906SKSU1BOB8, with the update available through Kies and […]

The Galaxy S5 LTE-A isn’t a very popular device, mostly because it’s exclusive to the Korean market. The device was rather unique, however, as it was the first Samsung smartphone to feature a Quad HD display and the Snapdragon 805 processor, something of a concept device for the Korean manufacturer to test the waters before launching […]

The Festival Effect is a new feature from Samsung which exclusively available in the Galaxy S5 LTE-A. When this effect is enabled, beautiful drawings and colourful balloons are displayed on the lock screen and in the notification panel which are related to special days such as public holidays, a user’s birthday or any particular anniversary. In the image below, the lockscreen shows […]