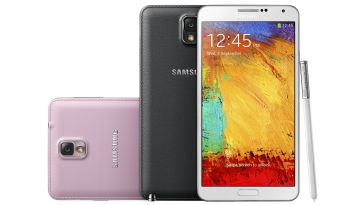 Few hours have passed since Samsung went official with the exciting Galaxy Note 3 and the Galaxy Gear, and all major U.S. carriers have already come forward with announcements about the two devices. Verizon, AT&T, T-Mobile, and Sprint have confirmed that they will carrying the Note 3 and Gear. Pricing or release dates weren’t mentioned, but in the case of the latter, both devices should launch in the U.S. at or sometime after September 25th, the day when they will be launched in 149 countries around the world.

T-Mobile, Sprint, and AT&T have put up pre-registration pages for receiving alerts on availability (see the links below), but Verizon will go one step further and open up for pre-orders this Friday (we hope pricing is revealed that day as well). U.S. Cellular is also being said to carry at least the Note 3, though there’s no official word on that yet.