Here you will find the latest news and most recent developments on the Samsung Galaxy Gear, with regular updates and all the information you need. 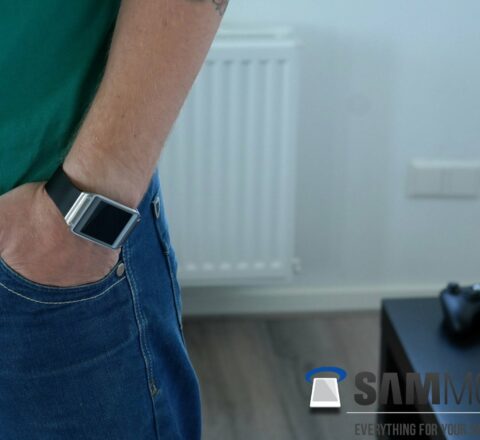 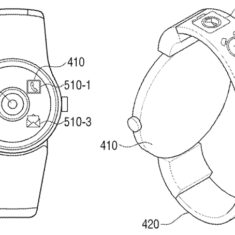 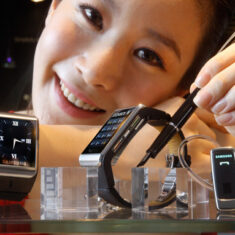 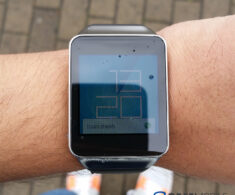 Original Galaxy Gear getting Tizen update in the US

Samsung has announced owners of the original Galaxy Gear in the US can now update their smartwatch to Tizen. The Tizen update originally rolled out to the Galaxy Gear in May, and it is now making its way stateside. The update will switch the OS from Android to Samsung’s own, and bring features like improved […]

Report: Samsung to unveil its Android Wear smartwatch at Google I/O next week

Samsung may be pro-Tizen for its smartwatch range but according to a report by CNET, the Korean giant is expected to introduce its first Android Wear smartwatch at the Google I/O next week. There’s not much information on the model (except that it might launch as the Galaxy Wear and sport model number SM-R382), though CNET’s sources […]

The time has come for owners of the original Galaxy Gear to say goodbye to Android and welcome Tizen onto their smartwatch. Samsung has begun rolling out an update to the Galaxy Gear that will bring over Tizen, the company’s in-house OS, to the smartwatch. The update carries software version 2.2.0, and while the entire […]

Samsung shipped almost 500,000 units of smartwatches in the first three months of 2014, capturing 71 percent of the global smartwatch market, according to data published by Strategy Analytics. As the Gear 2 and Gear 2 Neo launched in April, the data includes only the first-generation Galaxy Gear and is therefore not that impressive, but Samsung’s […]

The Galaxy Gear has seen a lot of discounts come its way, but the latest one is the best one you could hope for. The original Samsung smartwatch is available in “manufacturer refurbished” form on eBay for only $99, in colors grey, black and rose gold. The deal is only applicable for today, and given […]

Ahead of the Gear 2 and Gear2 Neo launch later this month, Bell Canada is offering a clearance sale of the Galaxy Gear in which the carrier is selling the smartwatch for just $100. This is a $250 discount on the Galaxy Gear’s launch price of $350. The discount is offered on three color variations […]

If there was one thing people were hoping Samsung would fix with the sequel to the Galaxy Gear, it was its incompatibility with non-Samsung phones and tablets, but given the fact that Samsung is hoping to tie consumers into its ecosystem, it wasn’t surprising when the Gear 2 also had the same limitation in terms […]

The Galaxy Gear was fairly limited in its feature-set initially, but Samsung has added more and more functionality to the smartwatch over the last few months. The most recent addition is in the form of a turn-by-turn navigation client, called TurnByTurn. The app is developed by Symphony Teleca, and works by syncing directions from your […]

Best Buy is selling the Galaxy Gear smartwatch for $150 today, which is half off the $299 launch price of the device. Currently, four color variants of the device that include rose gold, oatmeal beige, lime green and wild orange are available for $150. The mocha gray and jet black variants still cost $250. The […]

Well, it seems like Samsung is addressing one of the biggest issues with the Galaxy Gear, at least in India. The Korean manufacturer has given its smartwatch a price cut of around Rs. 7,000 (~ $120) in the country on its official website, and according to DailyTech, the discounted price could go into effect worldwide. […]

The Galaxy Gear is quite the feature-packed smartwatch, and due to the fact that it runs on Android, it’s quite customizable as well, through a plethora of apps available on Samsung’s app store. One of the important functions of the Galaxy Gear remains the same as normal watches, and that’s to display the time. However, […]

The Galaxy Gear, unlike what the critics say, is a rather nice smartwatch, but when it comes to the design, it is rather uninspired. Samsung has acknowledged that they could have done better and are working on making the Galaxy Gear 2 more fashionable, and according to ZDNet, the Gear 2 will also feature a […]

Galaxy Gear made to work with the Nexus 5 unofficially

Despite what the naysayers might say, the Galaxy Gear is a solid first attempt at a smartwatch by Samsung, but one of its biggest disadvantages is that it is only compatible with Samsung devices, and only a handful few at that. While Samsung has hinted at future iterations of its smartwatch being compatible with non-Samsung […]

Custom development on the Galaxy Gear hasn’t been as quick as one sees on smartphones, but the community has still managed to do a lot of cool stuff with Samsung’s smartwatch, including a full custom ROM and creating plenty of cool watch faces. Now, the Gear has received its first custom kernel, thanks to the […]