With each day taking us closer and closer to the official announcement of the Galaxy Note III, leaks and rumors regarding the phablet are bound to start flowing in much faster than before. After an image that seemingly showed the front side of the device, new pictures have emerged that now give us a look at what are allegedly the Note III’s internals.

The prototype seems to be an engineering unit and looks far from being final, and is probably one of the designs that Samsung is using to hide the actual design from prying eyes (there’s mention of the design having an “alignment style like the I9100,” aka the Galaxy S2). There’s a home button like all other Samsung devices, on the back of the device there seems to be a slot for the stylus, and the source mentions that a Samsung logo is present as well (though it has been hidden with a sticker). 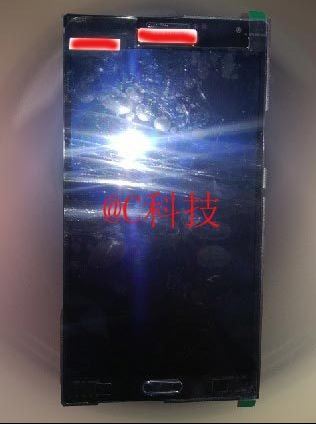 The screen size is kinda hard to judge here, but since it’s rumored to be anywhere between 5.7 to 6-inches, we shouldn’t really be taking these prototypes too seriously, as Samsung seems surprisingly confused on many aspects of the display and design. Though as the days go by, many secrets of the Note III should be revealed, and we can’t wait to see what the Korean manufacturer has cooked up for us.

The Galaxy Note III is expected to have an octa-core Exynos 5420/quad-core Snapdragon 800 processor, 3GB of RAM, 1080p display of 5.7-6″, a 13-megapixel camera possibly with optical image stabilization, LTE-A (LTE-Advanced) connectivity, and Android 4.3 Jelly Bean with an improved TouchWiz UI.