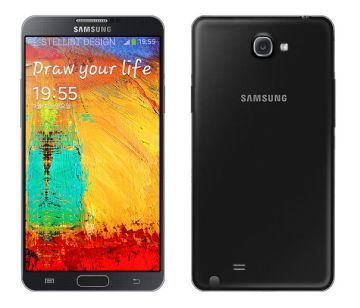 It looks like we might have a glimpse of the Galaxy Note 3 that’s about to be announced in just a few hours. PhoneArena was sent in a photo by their source, reportedly taken by those working by Samsung, showing off the back of a pink Note-like device with dual LED flashes. It’s unclear whether there’s a case on the handset – there’s a bump at the bottom that looks like it could be part of a case, or it could be the battery sticking out like it does on the Galaxy Nexus.

However, it’s most likely the device is pink itself, as we were earlier told by sources that there would be a pink Galaxy Note III, though it will launch a few weeks after the black and white variants. Guess we’ll find out what the truth is quite soon, the official announcement is slated to begin in less than two hours.