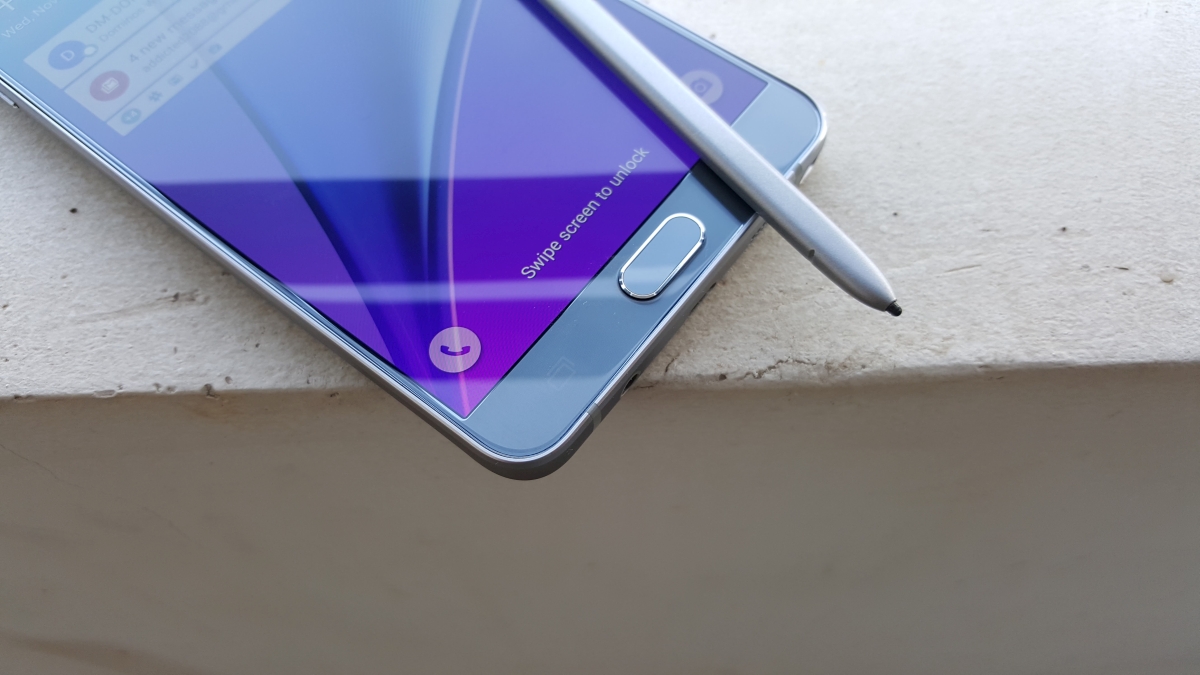 The Galaxy Note 5 is now available, even in the coveted Gold Platinum color option, so it’s likely that fellow Note 3 users are contemplating an upgrade from their now two-year-old smartphone. We’ve heard a lot about what Note 4 users think about the Note 5, but we haven’t heard as much from Note 3 users who are more than happy to jump to Samsung’s latest. I am one of those individuals who finally upgraded from a Galaxy Note 3 to the new Galaxy Note 5 two months ago. I was more than ready to upgrade my Note 3, and I am more than pleased with the new Galaxy Note 5. Samsung has made some excellent changes that are designed to give you the best mobile experience money can buy.

To that end, I want to detail five good changes to expect for former Note 3 users who are now picking up Samsung’s latest and greatest. Whether or not you want these new surprises is, as always, up to you, but you can’t say Samsung hasn’t made some major changes worth upgrading for.

The plastic has gone, the glass and aluminum have come

As with 99% of smartphones on the market, you’ll likely want a smartphone case and screen protector to preserve your investment – whether the smartphone has glass panels, plastic panels, or neither. So, don’t worry about drops and impact once you get a case and screen protector on it. Some may want to showcase their phones without a protective case, but cases can also be useful for increased battery life. With that said, don’t assume using a case for the Galaxy Note 5 is a bad thing. It just may help improve some areas of the experience about which you or those you know have been critical.

E.T. always phoned home in the sci-fi movie from my childhood days, but the home button is appropriately named in the smartphone experience: whenever you get stuck out in the large world of mobile web browsers, apps, and webpages, you can always find your way home.

Removing the S Pen Gets Easier

Go ahead and click the push button on the S Pen. We can’t blame you if it becomes your new addiction (or if you fall in the other camp and start hating the fact that you need to do extra work to remove the S Pen).

Samsung’s cameras in its high-end smartphones have never disappointed, and the same is true for this year’s Galaxy Note 5. If you’ve held on to a Galaxy Note 3 for the last two years, prepare to get a kick out of your smartphone cameras in the Note 5.

The Note 5 holds its own in every scene of every photo you’ll ever take. Fast-tracking autofocus keeps subjects in the scene no matter what they’re doing. Yes, it’s faster than anything you experienced with your cameras in the Note 3 – and it’ll make you wonder why you didn’t upgrade sooner. The up-close, 5MP selfie photos and 16MP back photos will be “just what the photographer ordered.”

The display has a new trick

What have you been able to do when your Note display was turned off? Not much, to be honest. With the Galaxy Note 5, however, your display will literally perform a trick right in front of your eyes. You can take your S Pen and jot down notes while the screen is off, thanks to Samsung’s all-new Off Screen Memo feature.

Now, your friends may be able to do some impressive things with their smartphones, but can they do that? Nope – and, should you want to hold on to your Note 3 a little longer or even go for a Note 4, the new Off Screen Memo will make you toss out the old for good.

These are five good changes in the Galaxy Note 5 that you have yet to experience if you’re a Note 3 customer. Now’s the time to make that upgrade, embrace the new, and toss out the old. Again, this was written to show Galaxy Note 3 users what they can expect to see in the new Note 5, though our Note 4 users may not celebrate the new smartphone as much.

It’s been said that “three time’s a charm,” but I have an idea that this fifth time (Galaxy Note 5) is even more charming than the “third” (Galaxy Note 3). Write in and let us know what color and storage model of the Note 5 you purchased, and whether or not you picked up additional Samsung accessories (fast wireless charging pad, keyboard cover, adaptive fast charging chargers, etc.) as well.