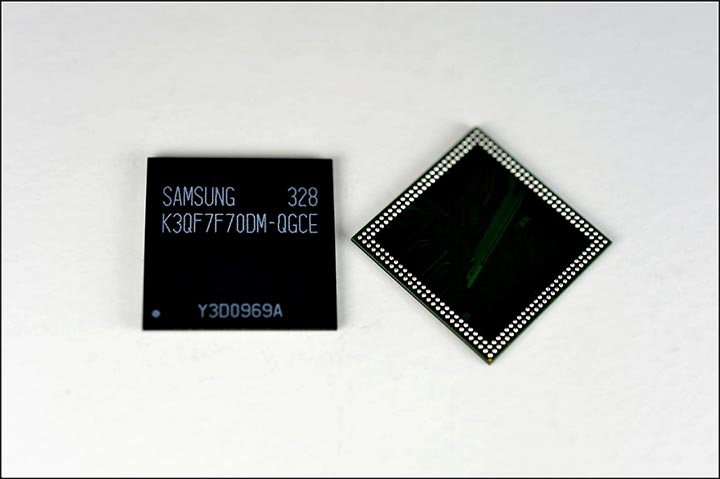 Samsung Electronics officially announced that Samsung is currently in the works of producing the industry’s first mass production of 3GB low power double data rate 3 (LPDDR3) mobile DRAM. It was also mentioned that this step will give a generation shift from the 2GB that most mobile devices are using.

“Three gigabyte mobile DRAM will be adopted in the most up-to-date, high-end smartphones starting in the second half of this year − an initial adoption that will expand to most high-end smartphones worldwide next year. We will develop a new 3GB LPDDR3 solution based on four 6Gb LPDDR3 DRAM chips by symmetrically stacking two chips on each side, which will boost smartphone performance to the next level by year-end.”

Based on the quote, it is quite certain that this new 3GB RAM will be making its way to Galaxy Note III , which was rumoured couple weeks ago.

With the new 3GB LPDDR3 DRAM, Samsung is now offering the widest range of mobile DRAM densities and they plans to continue to lead the growth of the mobile memory market, as it seeks to maintain unrivaled competitiveness in the premium memory sector.